Sweden’s Tribulation kicked-off this year’s Decibel Magazine Tour performances at Mill City Nights. After a couple of blinders and incense burners were setup, the lights dimmed and things were ready to go. A huge blast of smoke and eerie lighting that played well to the horror side of the band, Tribulation tore into Strange Gateways Beckon. From the onset it was clear, this band takes showmanship deadly serious as drummer Jakob Ljungberg began with his hands in the air as if to signify greatness was about to happen. 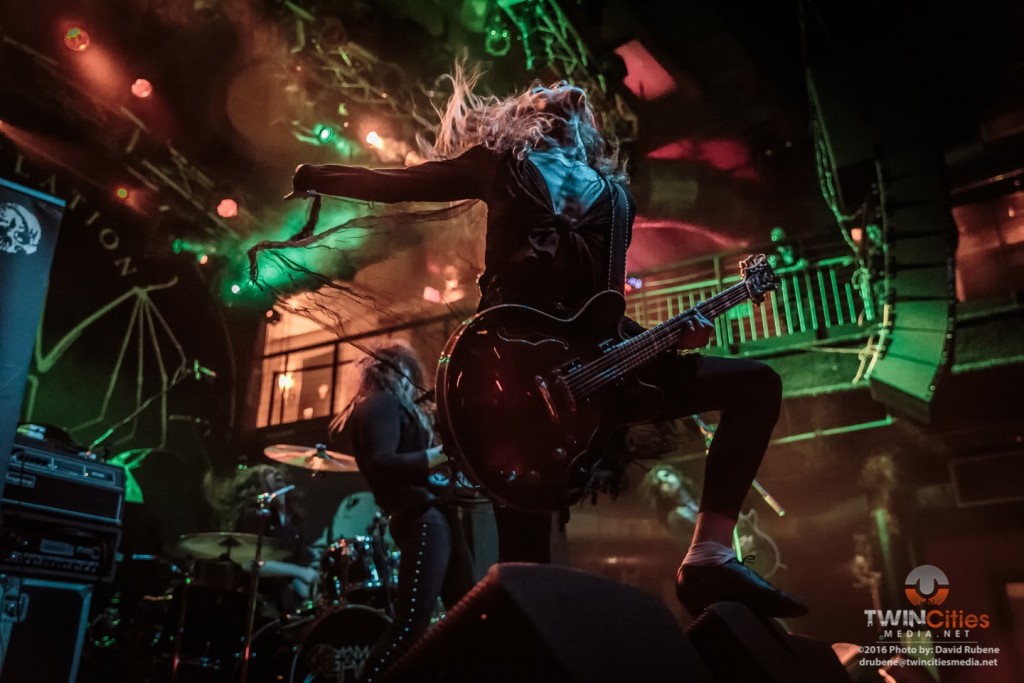 Then, guitarists Adam Zaars and Jonathan Hultén unleashed a bottle high-octane energy around the stage. I blown away with Hultén. I’ve never witnessed anyone able to move the way he did and still execute those difficult passages as flawlessly as he did. At one point, he leaned out into the crowd, winced his face into an evil looking grimace and yelled like a madman. Even without a microphone he echoed throughout the venue. It actually was a bit eerie but was yet another example of the band’s huge presence on stage. 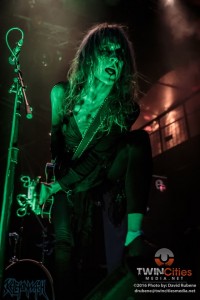 Zaars had a rock star flair to his playing and had the ‘evil stare’ into the crowd down pat. Vocalist and bassist Johannes Andersson wasn’t as mobile but had a looming, demanding stage presence and absolutely nailed his dark but ominous vocals. The effects and lighting definitely added to his larger than life on stage persona. Melancholia and Holy Libations were crowd favorites but really their whole set was made up of mostly Children of the Night material which was simply amazing. 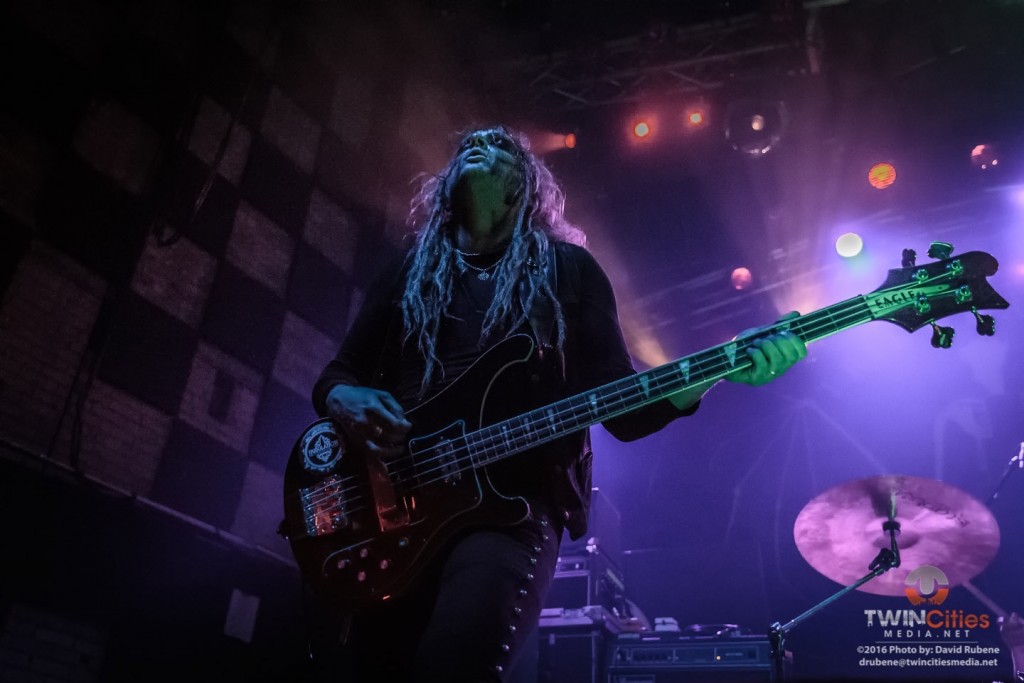 It’s not often a band actually sounds better live than on recorded media, but Tribulation made their music come to life. Between the band’s talent, amazing sound, fantastic showmanship and engaging setlist, it was easy to see why the reaction from the crowd was overwhelming. Mill City Nights erupted when as Tribulation finished up, speaking volumes to the performance which was just witnessed.

Although Entombed A.D. only has two albums out and has only been a band since 2014, these guys are not new in any way, shape, or form. Entombed A.D. is made up of members of the […]

SOLD OUT and Spectacular: Armin van Buuren and The Balance Tour Sets Unprecedented Standard at The Armory

There have been many depictions of the concept of a God, but Saturday night I think I finally saw the most accurate one when Armin van Buuren took the stage at the Armory. The Balance […]