Last night, Los Angeles rock quartet Dead Sara and Arkansas native Welles stormed into town for a sold out show at the 7th St. Entry. One of the last times Dead Sara performed in Minneapolis was in 2013 opening up for Muse at the Target Center, so there was an unquestionable hype surrounding this show as fans finally had the opportunity to see them on their own headlining tour.

Dead Sara sold out the Entry well in advance of day of the show. Anticipating a full house, I arrived early in order to secure a good spot. When I arrived at the venue, I quickly assimilated myself and stood shoulder to shoulder among the thick sea of excited Dead Sara fans.

First up was opening act, Welles. I had the opportunity to see Welles play at the Entry in June, and I was immediately impressed by his sound and ability to hold the stage. Front man Jesse Welles and his backing band have been heavily touring across the U.S these past couple of months trying to break into the scene.

I have determined that when this band starts playing, it’s hard for me not to drop everything I’m doing and give them my undivided attention. Last night’s performance was no different.  This was Welles’ second visit to Minneapolis, and even as the opening act, Welles brought the noise to the sea of fans waiting for Dead Sara. They came out and played some of their well known bangers, such as “Codeine”, “Rock n’ Roll” and “Seventeen.”

While the band boasts a sound that has been frequently compared to Nirvana and T-Rex, lead singer Jesse Welles reminds me more of a younger and more polished Dave Mustaine. A long haired rock n’ roller who could easily kick your butt just by holding a guitar and spitting a few vocals in your face. 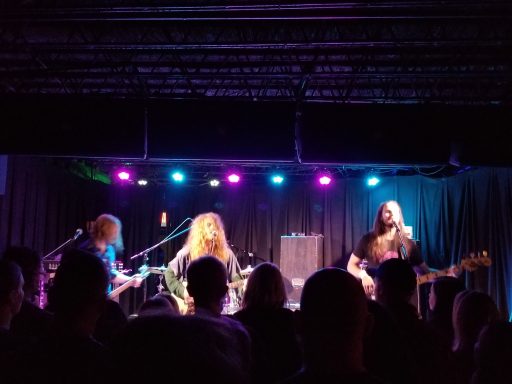 I was definitely left feeling satisfied after Welles’ set and felt eager for Dead Sara to come out and take the stage next and hopefully play with a similar energy.

Dead Sara is a band I have never seen before, and was only vaguely familiar with before going to this show. However, I welcomed the opportunity to see what they were all about. When the lights went down, the crowd started to buzz and the band took the stage.

Dead Sara walked out to the sound of a warning siren and began to play. They were heavy, loud and energetic. Fans were immediately pleased, and were loudly singing every word back at the band. I was surprised at how hard the band went on stage, totally rocking out and playing like they had a fire lit under them the entire set. 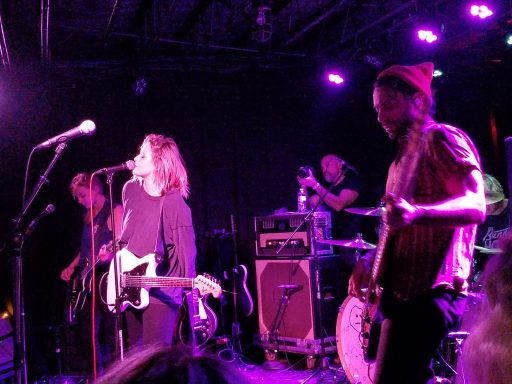 Admiring the 7th St.’s sold out room, lead singer Emily Armstrong paused between songs and said, “As I understand it, The Replacements are from Minneapolis. The Replacements are one of my favorite bands of all time.” After paying homage to the local music scene, the band went into a wide range of songs from their catalog, including popular songs, “Weatherman”, “Mona Lisa”, “Lemon Scent”  and their newest single “Anybody.”

During their set, the band performed like they had everything to prove and nothing to lose. Armstrong was going nuts, headbanging and thrashing around. Fans in the crowd were dancing and moshing around and singing. The set was overall filled with high energy rock and roll.

Dead Sara formed in 2002 and can be considered somewhat of a veteran of the scene, however, they only recently broke out and started to gain traction in the past couple years. Last night’s performance proved that they are here to stay and will not be slowing down anytime soon. 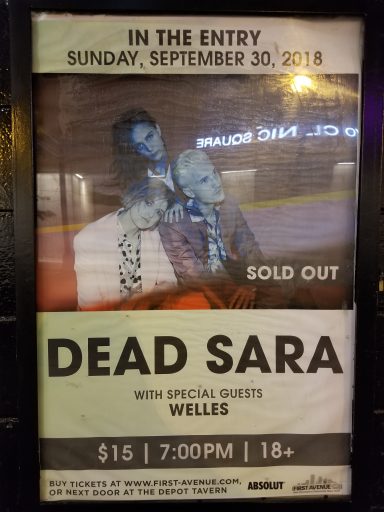 Kimbra “wow’d” an adoring crowd at the Cedar Cultural Center

When something is going on at the Cedar Cultural Center, it’s bound to be a night to remember. When that “something” is a Kimbra concert, there’s no other choice than to drop everything you’re doing […]

Some nights go exactly as you plan, others not so much. But sometimes those nights that don’t go exactly how you planned turn out to be some of the best nights. That was the case […]

When a band has close to 3000 live shows under their belt it reflects in their stage presence and performance. Gaelic Storm definitely lived up to their fans’ expectations. On a rather cold night, Mill […]