This isn’t your average tribute band and will not just be a performance of selected covers. First Avenue will be the place on August 19th to catch this sensational tribute to Metallica.  ONE, “The Only Tribute to Metallica” is widely known as the most authentic sounding Metallica tribute bands to ever tackle metal classics such as For Whom The Bell Tolls, Enter Sandman, Fade to Black, and Master of Puppets. 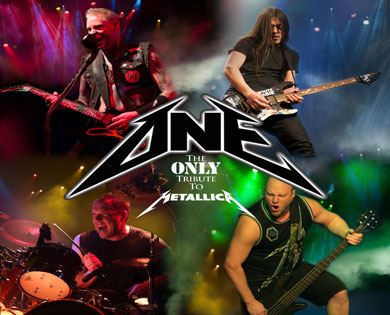 With their roots coming out of Minneapolis, ONE has headlined shows across the country and has generated a large following. The band’s Facebook page has more than 600,000 followers, which is a true testament that these guys are the real deal.

ONE has opened for many large national acts, including Skid Row, Buckcherry, JACKYL and Warrant. ONE focuses on authenticity of the audio and visual aspects of a live Metallica show, and has even jammed with the original band on their main stage.

Tickets are available through First Avenue

Twin Cities Media caught-up with Dirtball Deluxe on their last night of a 2-night stand at Legends Bar in St Cloud. The band is currently laying down tracks in the studio for their upcoming album […]

When I first heard Blink-182 and Lil Wayne were touring together, I thought it was an odd pairing but jumped at the chance to shoot them.  I had expected some fans to come late and […]

Prof Kicks Off the X-Games Concerts at First Ave

I was admittedly jealous of the other Twin Cities Media staffers that were going to be covering the X-Games at US Bank Stadium this year. What is there not to be jealous of? They get […]