Minneapolis’ Jake Jones released his sophomore album “From Time to Time” a few weeks ago. The 10-song LP showcases the alt-country’s singer’s willingness to expose his life in a candid, passionate way, drawing inspiration from to Tom Petty, Willie Nelson, Sturgill Simpson, and Jason Isbell.

Following the success of his 2014 release, The Arrowhead EP, From Time to Time exemplifies Jake’s growth in songwriting and musicianship. From the allure of chasing one’s dreams, to unraveling the complexities of failed relationships and confronting the solitude of depression, Jake’s songwriting opens doors to places we’ve all been before. The lead single ,Chasing Dreams, is the poster child of a “summer song” telling the story of a young songwriter following his heart to Nashville over Petty-esque guitar licks and an ear grabbing hook. 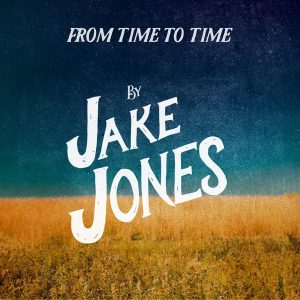 From Time to Time was crafted in a Northeast Minneapolis studio space purchased by Jake and his producer/drummer August Ogren in 2014. Over the course of the next 18 months, the 1,800 sq./ft. room dubbed The Petting Zoo became not only an inspiration factory for Jake and his band, but for the Twin Cities music community as well. The Bad Bad Hats, Carroll, and many other rising local acts call this professional studio home and continue to refine their craft in this unique space.

Jones will be at the Turf Club on 8/27 celebrating the release of his CD, tickets are still available HERE