RAVENEYE, the UK-based rock trio featuring critically acclaimed guitarist/vocalist Oli Brown, drummer Kev Hickman and bassist Aaron Spiers are eyeing a take-over of Mill City Nights on October 7th. Amazingly, formed just a year ago by 25-year old multi-award winning guitar/singer Brown, the band has already assailed European audiences with their signature rhythmically-heavy riffs and incendiary live performances. Their latest EP release ‘Breaking Out’ has been widely accepted with strong followings. The reviews have been stellar and the band has been featured a number of times on the BBC. Raveneye is currently on tour as a front runner to Slash. You are guaranteed a high energy night of performances. 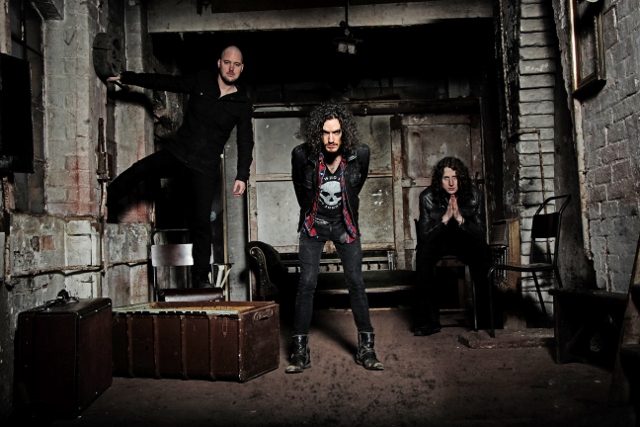 About Raveneye
RavenEye, the UK-based rock trio was formed in 2014 by 25-year-old, multi-award winning guitarist/singer Oli Brown, along with drummer Kev Hickman and bassist Aaron Spiers. Since then, RavenEye has been slamming Euro – audiences with their signature rhythmically-heavy riffs and incendiary live show performances.

It may sound like the beginning of a good joke, the two Englishmen and an Australian…but the truth is, all three have traveled different paths, literally and geographically, up until the band’s formation last year.

Check out Raveneye online at:

In the legendary voice of Yoda, “The Metal is strong with this one” … the quote could never be more true! The Metal scene throughout Minnesota seems to continually gain strength and build momentum. As […]

Helmet and Local H Packs the House at Fine Line

Photos by David Rubene   Sometimes shows don’t have to be super exciting to be awesome. It’s taken me a very long time to figure that out. I love shows that have sweaty mosh pits […]