I had an opportunity to speak with a more well known Andrew this week, Andrew W.K. For being the first interview I have had the chance to conduct I couldn’t have asked for a more personable and easy going person. Most know Andrew for his crazy head bangs and high energy shows. But speaking to Andrew it was refreshing to hear that he is as much an introspective thinker as he is a party hard advocate. I couldn’t find any simple way to summarize our conversation. And despite leaving out some of our side conversation about death, living, and personal philosophy I was left with more than I could have asked for with our 25 minute Q and A.

Fans will have a chance to experience his energy first hand at First Avenue on 9/18. A few tickets are still available HERE

You were at First Ave roughly 5 years ago?

Yea, actually almost five years ago. It wasn’t intentionally planned to be this way to be a 15th anniversary tour but it played out that way. I think we have played First Ave or 7t Street Entry four or so times now.

7th Street, that’s a smaller venue how was that first time around?

I often don’t have memories of a show itself, just the events around that show. But once I get on stage it all blends together. I just remember great things surrounding the show and that’s all I can remember really. I have never had a bad memory surrounding my times at First Ave or 7th Street Entry

That brings up a great next question, what do you remember about the last trip to Minneapolis you had made?

Well I have been to Minneapolis quite a lot. We played zombie pub crawl just a few months ago. It is one of the places we spent quite a lot of time being we recorded a good portion of the first album there in Minneapolis. It’s up there with Ann Arbor Michigan, LA, NY City, Chicago, parts of Wisconsin, and parts of Oralando. Minneapolis is one of those places I have spent a chunk of time. I do remember the last time I had a First Avenue show though, because I a very high fever. And that’s very rare to get a full blown flu or fever. But it did happen. The good thing is there are few activities, I have found, that have the healing effect of a show. It feels impossible to actually imagine what you are about to go do. But there is something very healing about the music, the energy, and all the human beings banding together in that room. And just sweating, sweating out while you head bang and even to just stand up. But yea, I had 103 fever and there was several times in the show I thought “wow what if I collapse on stage”. It was almost out of body. The next day though I was 100% better. It only lasted one day. And I am a really big believer that when you get sick you act as though you’re not and your body will think ok I guess I’m not and push through. So I thank Minneapolis and First Ave Specifically for healing me. And though the show, wasn’t a good show for me I felt. I was healed. And I am happy to come back now and give recognition and thank First Ave and the fans for that. 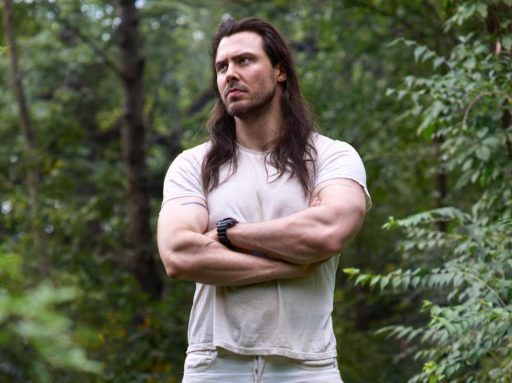 Speaking of sickness and energy to perform. You have maintained this energy in shows, albums, music videos all that, for as long as I can remember. In that time what has been your pre-show ritual?

I have been asked that before actually. And the truth is I don’t have a ritual. I felt dumb like I should maybe have some interesting tradition of preparation. But I have found now that while playing in different capacities and touring different venues with conditions. That that ritual could quite quickly become a burden or even superstition which for me would not work well. It would not go well and would add a lot of anxiety or stress and distraction I guess that my ritual, I don’t have one. I try to stretch out a bit but again there’s shows I have not warmed up for or stretched and been in a bad mood. But this style of music ya know it’s so intense that there are all sorts of ways to perform. I respect everyone’s take on the performer’s experience but this mode we work in is very physical. It’s like diving into ice water and there’s only so much preparation you can do. Mentally and physically it’s just odd, once you’re in there. It’s hard to imagine doing it until you are in the moment. And the great thing is that it is designed to elicit that type of energy from you and so I just rely on the music to carry me along.

Is there any pivotal moment in your life where you transition to the Andrew W.K. we know now, a specific event or anything, or was it a slow transition?

Being born! I think that was the biggest one. I mean, that and dying. But I won’t really remember either of them. Other than that, the whole thing is just one long birth to death. It’s a transformation from a nonliving thing back to a nonliving thing. And like you said moments ago the biggest breakthroughs aren’t the biggest moments. They tend to be moments of acceptance or understanding. Maybe a more internal comprehension of the world, your life, or something you already knew but hadn’t accepted. For example, maybe some people can relate to this but for a long time I kept waiting for myself to understand how to be what I thought a person was suppose to be. And that largely had to do with feeling right in the world. I felt like I would see people around me and that they understood something I couldn’t understand. And I didn’t know how to put my finger on it. I thought there was something I was missing in terms of understanding. Now I look at it and think I just felt like an outsider. And I figured SOME day it would all click and I would get it. Someday I would feel at ease with the world and the unease would be gone. I have accepted now that is never going to happen. The strange thing is once I accepted it was never going to happen, and that this strain on having a breakthrough maybe was just not going to happen. And then THAT became the breakthrough! 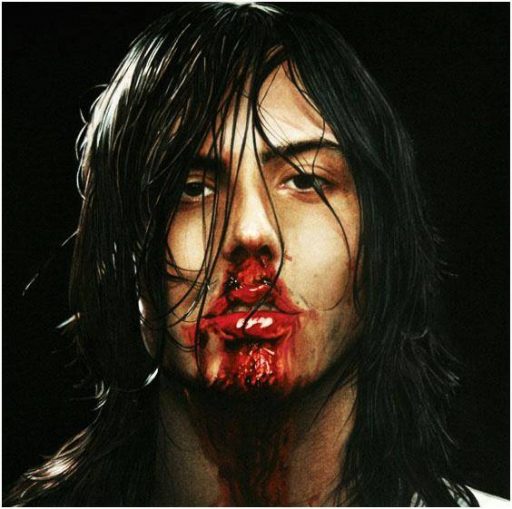 What are your least and most favorite activities or times in your day to day now?

Um. Well, I really never liked going to bed. Sometimes it feels great to go to sleep. I still don’t enjoy that much. I also don’t like waking up. I don’t know, I feel like I rather keep sleeping because there is that feeling of wrong or ya know often I wake up and there is this overwhelming sense of dread like something is really wrong. And I need to do something right NOW and catch up to the world. There is a brief moment right before and after you sleep where you have incredible clarity and consciousness but once that is gone the rest piles up. Favorite part, everything else I suppose. Not being dead.

Have you ever had a memorable encounter with a fan you recall?

Absolutely. Dozens and dozens. Anytime someone takes the time to express any feeling in particular that I could relate to. It’s the height of success. There’s all sorts of ways you can succeed in this work. But when you are trying to conjure up a specific feeling or idea and when someone else says they got it. And they describe it as you aimed for. It confirms things and lets you connect as well as making the experience that much more meaningful. It makes the hard work worthwhile just having one stranger say that will fuel you.

Last one for you. Some may not know but you established the Party Party in response to the last presidential election. What would the party’s response be to the current political climate in this country?

More partying. There’s never enough partying and never too much.

Roots Rock & Deep Blues status as a must see event is official.  What used to be a cozy, walk up neighborhood festival has become something so much more.  The hundreds of music fans who […]

Orange County based singer/songwriter, producer and multi-instrumentalist – Corbin Randall released his third single Push in the Tide today. The release is part of his forthcoming album due out later this year. Twin Cities Media […]