I’ve had a show every night since Tuesday. Even with all of those shows, last night was the first time when I truly felt at home and felt I was surrounded by my family. I say this every time I go to a local metal show and will say it again– the Twin Cities metal scene is a force to be reckoned with. It is full of some of the most talented bands I have ever seen and the nicest people I will probably ever meet.

Saturday night was the first ever Metalsota Local Metal Showcase. Organized by my friend and mastermind behind Metalsota, Bill, it was a show that showcased some of the best up and coming local metal bands in the local scene. I know that I get to see local metal bands all the time but, when they are opening for larger acts, it sometimes gets hard for me to give them the attention that they deserve. I typically find myself super anxious for the headlining acts and unintentionally blowing off the opening acts. There wasn’t a touring act on last night’s bill. It was strictly local music and it gave the the audience a chance to truly appreciate the talent in our local scene. 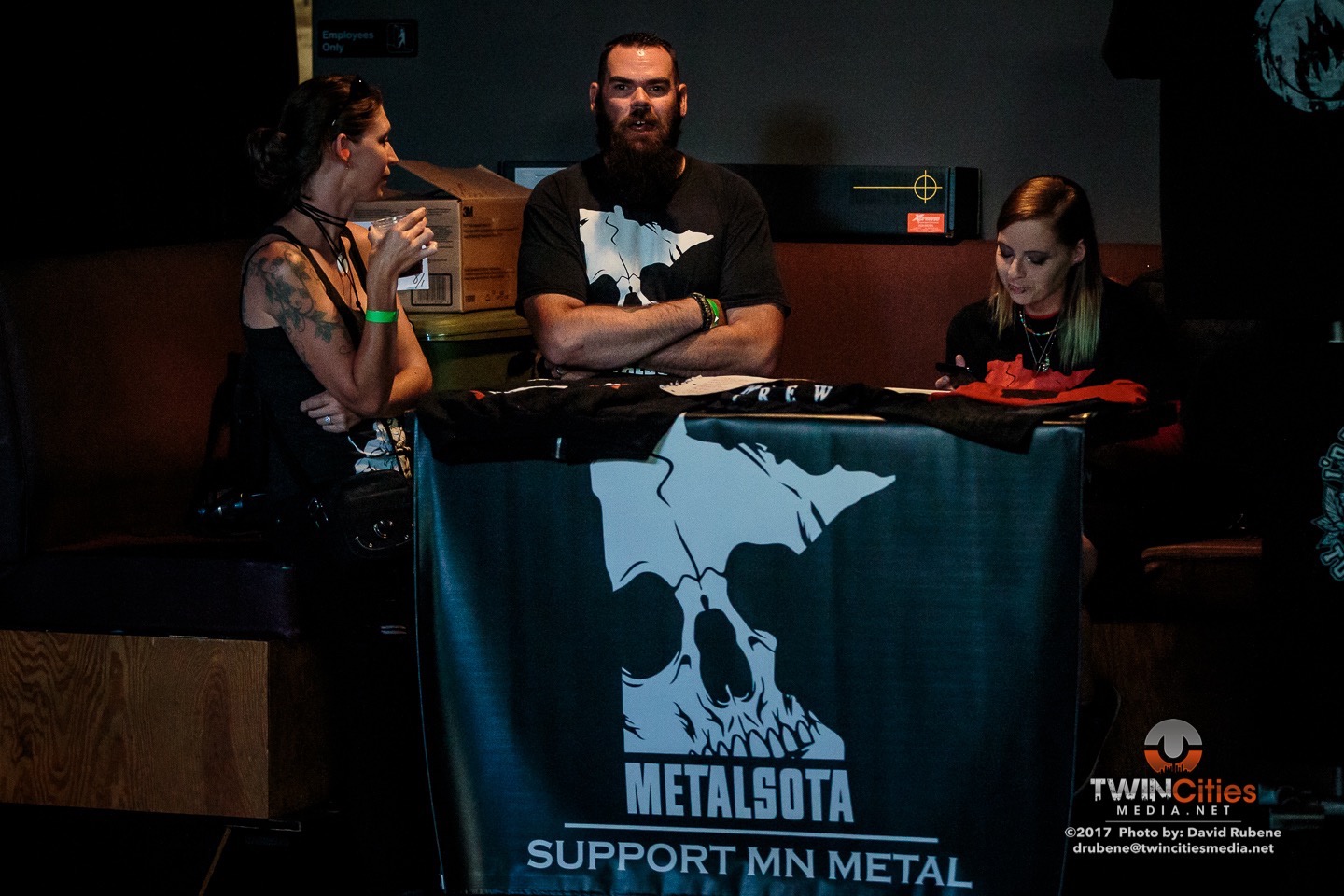 Digital Sea kicked off the show with a sense of power and energy that you would want from an opening band. Sometimes opening bands will cop an attitude because they have to play first but not Digital Sea. They didn’t seem to mind that they were the first band for, what would turn into, a long night of great music and they seemed to give the crowd absolutely everything they could. Their music was heavy but it seemed to be wrapped in a bow of delicacy due to some of the clean vocals. Unfortunately, with so many bands on the bill, sets were short and as soon as I was picking up on some of the nuances of this young band, they were packing up their stuff and leaving the stage. I’m not sure if I have ever seen Digital Sea before but after last night they are definitely on my radar.

Quickly following Digital Sea was Near An Open Flame. Much like many of the bands that played last night, I’m honestly not sure if I have seen them play before but, after catching their quick set last night, I am sold on them and can’t wait to catch them again. Yet another band filled with youngsters, NAOF had a stage presence and a sense of humbleness that I wish every band had. With the microphone cord wrapped around his wrist a couple of times, singer Jake Anderson had a voice that conveyed almost too much emotion to handle. When he addressed the crowd between songs he came off as a very soft-spoken guy but as soon as the band kicked into gear, it’s like a switch got flipped and his voice turned into something much bigger. Like Digital Sea, even though these guys were heavy, there was a sense of elegance about them. You could hear the influence of bands like Being As An Ocean and La Dispute but also the influence of more heavy hitting bands like Every Time I Die.

Nomad was next to take the stage. Just like the bands that took the stage before them and the ones that were to follow, Nomad took the stage with a sense of aggression that made you stop and pay attention to them. Singer Sean Mohnken pleaded with the modest crowd in front of the stage to move for their set but, other than just a couple of people, nobody really moved. Nomad didn’t let this affect them and seemed to put on the show of their life. They were playing like there was a giant mosh pit in front of the stage with crowd surfers and stage divers galore. It would have been so easy for Nomad to get frustrated with the lack of audience participation during their set and given a lack luster performance but they didn’t and, for that, I salute them.

Next up was Mirror of Being. If there is one buzz band in the local metal scene that I had been dying to see, it was these guys. These guys powered through their set with a sense of fury that seemed to be unmatched throughout the rest of the night. Their music had an element of groove that truly set them apart from the other bands. It was still heavy and still had a bass that made my three nose rings rattle together but it wasn’t just heavy music. It was super talented, well planned and executed music and it made for a truly enjoyable set. Sure, these guys are local boys now, but I’m not sure how long that is going to last before they get their break and turn into so much more.

Finishing off the night of amazing local music was Common Choir. Out of all of the bands that played, Common Choir was the band I had seen the most but that didn’t stop me from truly enjoying their heavy hitting set. These guys had a very mature attitude about how they approached their music. Their stances on stage and the noticeable concentration on their instruments throughout the set just screamed professionalism. They may have been the closing act on an up and coming local metal show but I think these guys are already there and you’d be silly to not check them out.

Saturday night was yet another show in power of the local metal scene. Sure, it wasn’t a sold out show and, if I’m being completely honest, I was really bummed that there weren’t more people there but the people who did come out are the ones that matter. We are a family and family sticks together even if it’s a show on a Saturday night where you don’t know much about any of the bands– you go because it’s your family.

A huge shout out to Bill of Metalsota for putting on such a great event.

Sure, big sold out shows are amazing. The feeling you get when lost in a sweaty mess of people while singing your heart out… there’s really nothing better unless you have an experience like me […]

I was shocked when I saw the announcement that The Koffin Kats would be playing at Lee’s Liquor Lounge. Now, don’t get me wrong, I love Lee’s. It’s a hole in the wall type of […]

There was a fateful night last April where I stumbled into a show and fell head over heels in love with the acts. One of those acts was Flint Eastwood who I have had the […]