Future Generations at the Entry – TICKETS 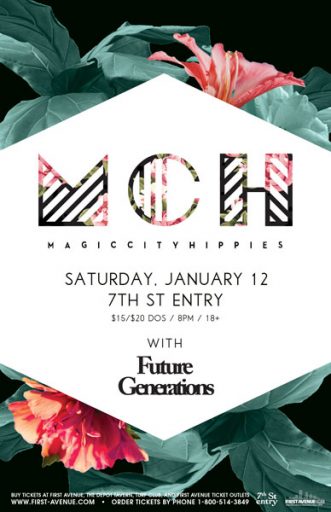 The second full-length from Future Generations, Landscape emerged from the kind of playful creativity only possible among the closest collaborators. Five friends who all live together in Brooklyn, Future Generations brought Landscape to life by balancing their pop-minded songcraft with bursts of free-form experimentation: recording guitar riffs from the receiving end of a phone call, messing with a vintage synthesizer called the Fun Machine, building percussion tracks by sampling a batch of drum-circle recordings. 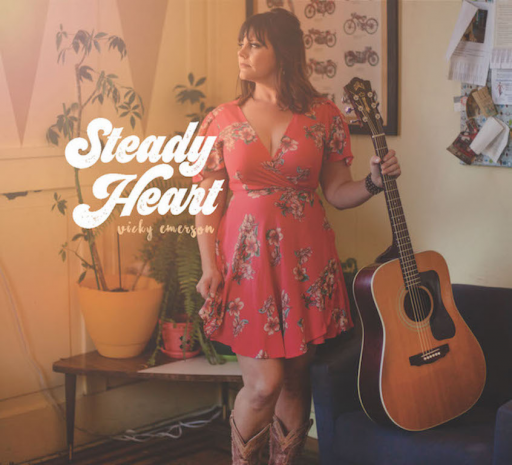 Singer/songwriter Vicky Emerson has been heralded by the Minneapolis Star Tribune and No Depression for her gorgeous, dusky voice and songwriting chops on previous releases but her new album, Steady Heart, which she self-produced, will firmly establish her as an essential, strong female voice in Americana music.

With the onset of the #metoo and #timesup movements, Emerson began evaluating her career and her own #metoo moments. It became apparent that in her own Minneapolis music scene, many women were not in control of their own sound.

Emerson explains, “The lack of female leadership and representation really started to bother me. I believe in being part of the change I’d like to see within the fabric of our music community. The vision I had for this album was crystal clear in my mind. I decided it was time to trust myself and my musicianship.”

After releasing three critically acclaimed albums, Emerson believed it was time for her to step into the role as the producer. Also, this group of deeply personal songs seemed an ideal fit for Emerson to shepherd from pre-production to duplication. “The title track, “Steady Heart,” is a love song which I wrote for my husband. Love is beautiful, crazy, messy and complicated. It can be the greatest high and also the most heart wrenching low. I started writing from a place of love and the rest of the songs that followed came from this sincere, honest and vulnerable place.” She launched a wildly successful Kickstarter for Steady Heart and the album was recorded, mixed and mastered in the summer of 2018.

Emerson was raised in rural Wisconsin, has lived in New York City and San Francisco before relocating back to her roots in Minneapolis with her husband to raise her children. She continues to tour the nation as a solo artist as well as with her Americana duo, The Home Fires, with good friend Sarah Morris. Emerson and Morris have also launched Front Porch Music Group, a Minneapolis-based consulting firm for singer/songwriters. She has opened for Gregory Alan Isakov, Malcomb Holcombe and her previous release, Wake Me When the Wind Dies Down (2016), rose to #5 on the European Americana Charts and #58 on the US Americana Chart on a radio campaign that she championed on her own.

Laura Gibson at the Entry – TICKETS 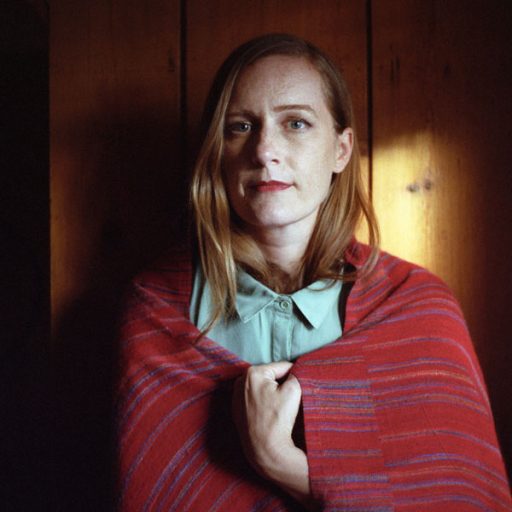 Laura Gibson is an internationally acclaimed multi-instrumentalist and singer-songwriter, born and raised in the small Oregon logging town of Coquille. Her last album, Empire Builder, was praised by Pitchfork as “a cathartic tale of loss and redemption”, and was called “a triumph” by Uncut Magazine.

Both literary and raw, with a love of traditional folk music and a bent toward experimentation, she has toured four continents, and had the distinct honor of performing the very first NPR Tiny Desk Concert. She recently completed an MFA in fiction writing from Hunter College, and her sharpened language and story telling abilities are on full display on Goners, a new record to be released by Barsuk and City Slang Records on October 26, 2018.

William Fitzsimmons at the Cedar – TICKETS 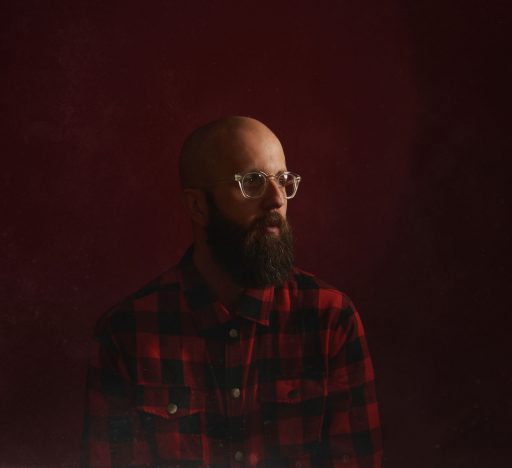 Singer-songwriter and music producer William Fitzsimmons’ latest record, Mission Bell is a chronicling of the tumultuous last year of his life, particularly of the separation from his second wife. An initial version of the album was originally recorded in Fitzsimmons’ home studio in the summer of 2017 but was subsequently abandoned during the course of, and as a result of, the separation.

In 2018 William traveled to Nashville, TN to start recording the album over from square one. Working with producer Adam Landry (Deer Tick, Los Lobos, k.d. Lang, Vanessa Carlton), Fitzsimmons spent a month’s time rebuilding the lost record, with contributions from friends, including Abby Gundersen and Rosie Thomas. The resulting 11-song album tells the story of a decade-long marriage destroyed and eventually rebuilt from the ground up.

The process and the results are both painful and healing, but also respect the complexity of humans, especially at their worst. This is not an exercise in “good-guy, bad-guy” songwriting; rather an attempt to find empathy, even when people are at their most depraved. Mission Bell includes songs about betrayal, but also reconciliation and forgiveness. Choosing to go deeper than mere absolutism and fate, these are stories of people doing their best, but still managing to often destroy each other in the process.

Still Woozy at the Entry – SOLD OUT 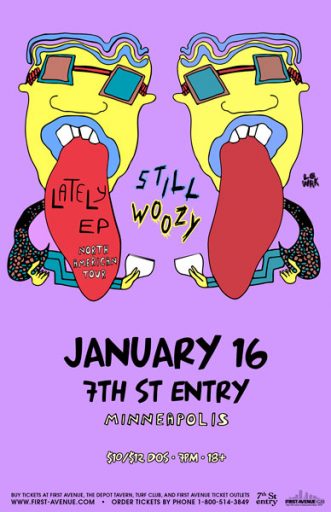 Still Woozy, born Sven Gamsky, is a solo artist that marries indie rock and electronic sounds from the home base of his garage. After serving for years in a band that he founded, Sven opted for more musical control as a solo artist, with his first five solo tinsels having racked up over 30 million streams on Spotify, including his standout track “Goodie Bag” surpassing 15 million plays. Even with his limited catalogue, Gamsky performed his first solo show in December of last year opening for Knox Fortune and has since opened up for Gus Dapperton and played sold out shows in LA, New York and San Francisco.

Sven recently released a new single “Habit” and is slated to release a new EP coming in early 2019. I’ve got a press release with more info on “Habit” and Still Woozy linked below.

Lala Lala at the Entry – TICKETS 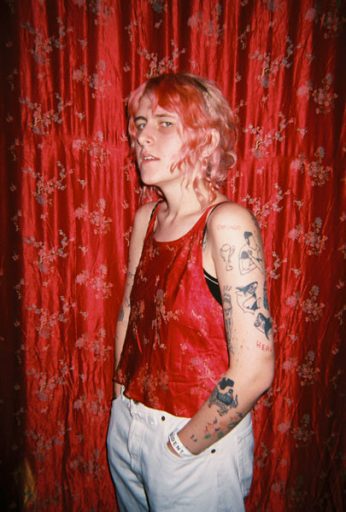 “The Lamb was written during a time of intense paranoia after a home invasion, deaths of loved ones and general violence around me and my friends,” says Lillie West, the Chicago-based songwriter behind Lala Lala. “I started to frequently and vividly imagine the end of the world, often becoming too frightened to leave my house. This led me to spend a lot of time examining my relationships and the choices I’d made, often wondering if they were correct and/or kind.”

West initially started Lala Lala as a way to communicate things that she felt she could never say out loud. But on The Lamb, her sophomore LP and debut for Hardly Art, she has found strength in vulnerability. Through bracing hooks and sharp lyrics, the 24-year-old songwriter and guitarist illustrates a nuanced look on her own adulthood — her fraught insecurity, struggles with addiction, and the loss of several people close to her.

Originally from London, West moved with her family to Los Angeles, where she spent her teenage years, and later to Chicago, where she enrolled at the School of the Art Institute of Chicago. Inspired by those cities’ DIY music communities, she started Lala Lala as an outlet where she could process her new experiences, which often involved toxic relationships and partying around the city with beloved friends. The turbulence in West’s life throughout that period resulted in an abrasive but tender debut album, Sleepyhead (self-released, 2016). West decided to quit drinking, and she began booking her own DIY tours across the country. Sobriety provided her with a newfound sense of self and clarity, and she began writing the songs for The Lamb while also starting the process of re-learning how to live her life.