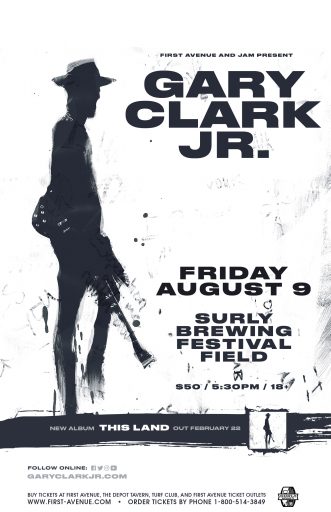 If you haven’t heard of the guitar phenomenon Gary Clark Jr. you better blast your stereo or put your earbuds in and feel the rock, blues, hip hop and R&B that this man puts out. Hailing from Austin, Texas Gary Clark Jr. spent his youth playing in blues jams and wowing the audience every time he stepped on that stage. His new album “This Land” stormed through the public with great applause. The album shares his thoughts on America today and also who he is in America today. The title track (This Land) off the album was an instant hit among his fans and everyone who heard it. Now less than a year later Gary Clark Jr. will return to Surly Brewing for another incredible show. So get there early, steak your spot and grab some beers for what may be the show of the summer.

Tickets are SOLD OUT for this show! But you can check the events page in the hope of some last minute tickets being released HERE