Boy George made Culture Club a vital part of ’80s pop culture. Alongside Culture Club, he produced some of the era’s most recognizable hits. Treasure Island Casino in Welch, MN stood as a true testament to the Culture Club’s infectious sound. 3,000 fans, both young and young at heart, packed into the Entertainment Event Center to catch a glimpse of the iconic group, sing along, and relive some good times from the ‘decade of excess’.

Fans came unglued and jumped out of their seats from the first note as Boy George sauntered onstage in a black & white ‘X & O’ suit and of course one of his signature hats. He was in great voice and spirits. The rasp in his delivery gave the songs an added depth and fulfilled the memory of so many present.The setlist was pure hits from the start: “Church of the Poison Mind”, “It’s a Miracle”, “I’ll Tumble 4 Ya”, and “Move Away” … all were delivered brilliantly and without a hiccup. The band and backup singers were equally terrific. It was evident they shared a comfortable vibe with each other. 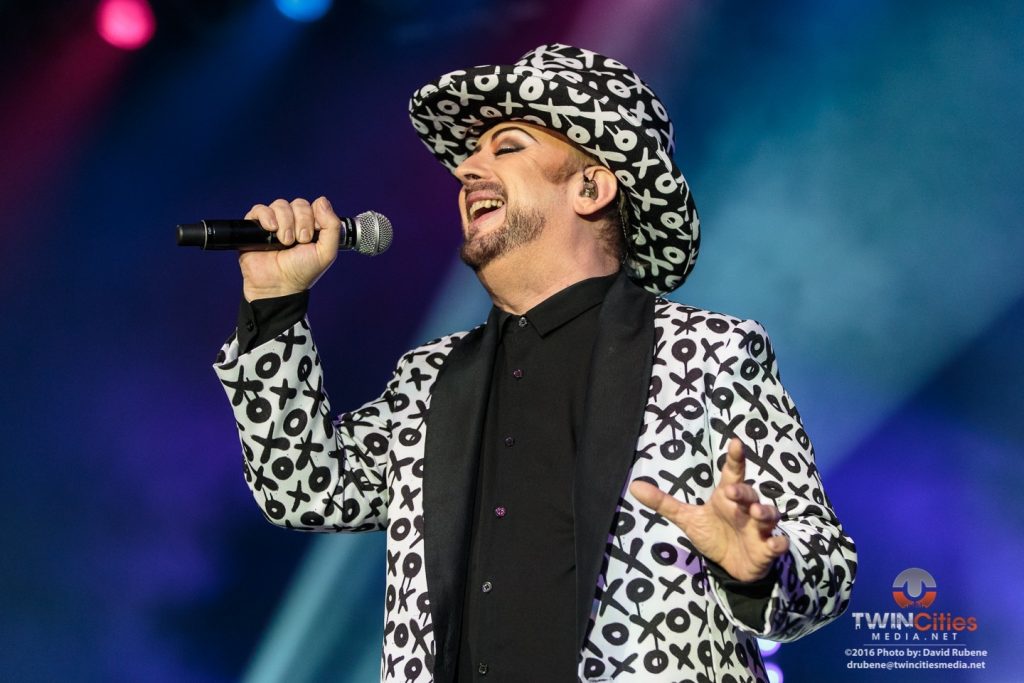 The whole Entertainment Event Center seemed to sway along with “Everything I Own,” a worldwide solo hit and Bread cover and even the popular “Black Money”, which was a deep cut from 1983 album “Colour by Numbers.” “Miss Me Blind” was delivered like a full jam session. Boy George delivered “Do You Really Want To Hurt Me?” with a soulful, goovin’ flare. “The War Song” went from stark piano verses to buoyant choruses.

“Karma Chameleon,” the band’s only U.S. No. 1, kicked off the encore. The entire show, in fact, was captured in that moment: easy, engaging and fun. A special tribute to Prince was given by Culture Club playing a beautiful rendition of ‘Purple Rain”. It was a sweet, soulful walk down memory lane and one that will not be forgotten.

Panic! At The Disco Kicked Off Their Tour At The Sold Out Target Center

It was 2003 or so and I heard my first Panic! at the Disco song on the radio. I was awkward as they come(I would say), terrified of girls, unsure about anything and everything all […]

Saving Abel returned to Minneapolis and played the Cabooze

Friday night’s show was a highly anticipated Saving Abel event at the Cabooze. My wife is a huge Saving Abel fan and always is a must see when in Minneapolis. There were four Minnesota bands […]