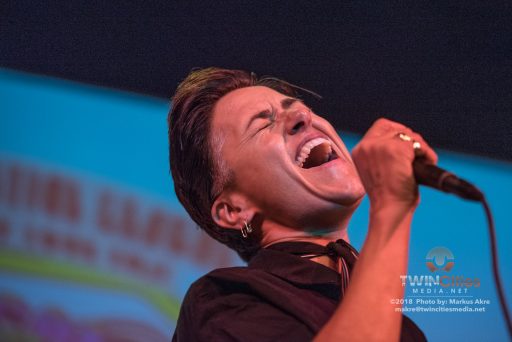 Pursuing every avenue she came across from the glam rock of Bowie and T Rex, the showmanship of Elvis, the soul music of Aretha to the singer-songwriters of Joni Mitchell et al. She released several albums on her own label Movement Records with the B-Sides and soon signed a major record deal with Sire Records in 1996.

In an evening like no other, Tina Schlieske returns to her hometown to croon the classics made famous by the likes of Frank Sinatra, Nina Simone, Billie Holiday, Tony Bennett, and more. 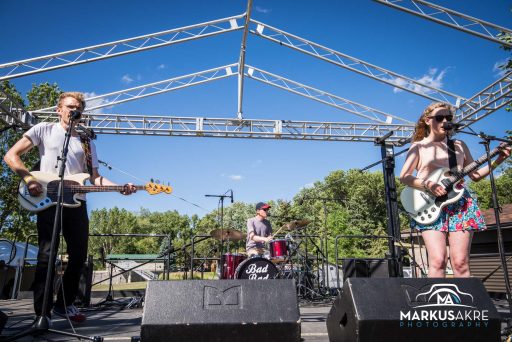 Bad Bad Hats is an indie rock band from Minneapolis, MN. The band consists of Kerry Alexander, Chris Hoge, and Connor Davison. Named for a trouble-making character from the Madeline children’s books, Bad Bad Hats is defined by a balance of sweet and sour. Their music honors classic pop songwriting, with nods to nineties rock simplicity and pop-punk frivolity. Through it all, Alexander’s unflinchingly sincere lyrics cut to the emotional heart of things.

Alexander and Hoge met while attending Macalester College in Saint Paul, Minnesota. In 2012, they formed Bad Bad Hats with friend and bassist Noah Boswell, and began performing around the Twin Cities. That same year, they were signed by Minneapolis label Afternoon Records. Their 2015 debut album Psychic Reader caught the attention of outlets including The New Yorker, NPR, Pitchfork, and Paste. Since the release of Psychic Reader, Bad Bad Hats has toured the U.S. extensively, supporting artists including Margaret Glaspy, Hippo Campus, and Third Eye Blind.

Lightning Round, the band’s second full-length album, finds Bad Bad Hats more confident and mature than ever. Producer and collaborator Brett Bullion (who also produced Psychic Reader) encouraged the group to record live in the studio, an approach which pushed the band outside of their comfort zone and lends many songs on the record a loose, organic feel. There is a vulnerability in this (fluttering tape loops, a few wrong notes) and it makes the music on the new album feel as honest and unpredictable as Alexander’s lyrics. In this spontaneous environment, Hoge, who is known to play every instrument in the band, delivers some of his most inspired musical performances yet.