Deal Casino at the Garage (opening for the Wrecks) – TICKETS 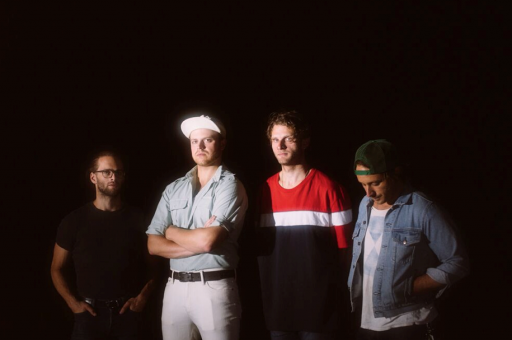 Deal Casino has been soundtracking the comeback story of Asbury Park since 2013. A New Jersey beach town that once looked all but lost, after years of economic depression and the devastating wrath of Hurricane Sandy, Asbury has become the sort of underdog story that people write movies about. Its music scene is proof that there is hope for the future of rock and roll, and Deal Casino is at the center of it.

With 3 out of the 4 band members playing together since they were in elementary school, they might as well be a family. When they found their drummer, the band’s work ethic kicked into high gear. They helped to build a local studio, and worked for recording time to get their first EP done. They spent every waking hour writing and recording and learning. They sharpened their skills on stage playing residencies at every small venue in Asbury Park, and a few in Manhattan and Philadelphia.

Their classic rock influences-Led Zeppelin for guitar tone, The Band for harmonies, Pink Floyd for studio techniques, the Who for melody—have informed every decision in their writing. Process-wise, the band is more like the Grateful Dead, living in a house together where they write and practice daily and they work just to afford to keep their music habit going. Their first record evokes the alt-pop of artists like Oasis and Kings of Leon, but as they prepare to release their second LP, they have moved into bold new sonic territory, evoking psych elements of Tame Impala and the moodier indie sounds of Modest Mouse and The National. They revere classic recording techniques—analog devices, tape, real guitars and real drums, 4 part harmonies—and they embrace electronics, with modular synths everywhere and samples artfully placed in their records and live sets.

FROGLEG at the Varsity – TICKETS 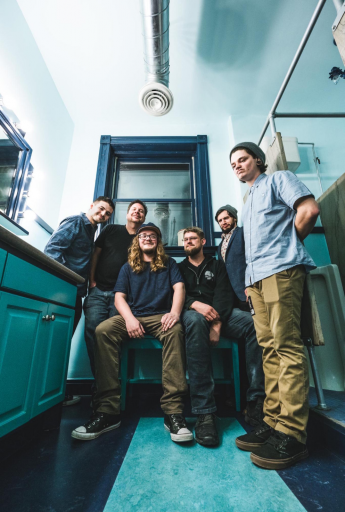 Frogleg’s first show was in late 2012, quickly, a major buzz about the band has been spreading through the music scene stemming from their long time weekly tradition, “Frogleg Thursdays @ Bunkers” in downtown Minneapolis.  After four years, Frogleg closed the book on that chapter of their musical path. Their send off from Bunker’s was met with a series of sold out appearances at the club counting down to the final show.

Since departing from their home gig, the band has headlined shows at most of the major venues in Minneapolis from the Cabooze to the Skyway Theatre downtown as well as an appearance on the First Avenue mainroom stage.  Outside of Minneapolis, Frogleg has expanded their touring circuit considerably, now including many of the friendly mountain states as well as the greater Midwest. Frogleg has shared the stage with Steven Tyler, Jeff Austin Band, New Orleans Suspects, Devon Allman, Orgone, Raw Oyster Cult, Samantha Fish, Allie Kral, Robert Randolph and has played multiple dates with Melvin Seals and the Jerry Garcia Band.Known for their songwriting and improvisational live performances, Frogleg would be best described as a soul band, as their influences are not drawn from one specific genre. A typical Frogleg show usually features a unique blend of Funk, Reggae, Rock and Jazz exploration.

Frogleg’s debut, self-titled album, released in April of 2015, first pressing sold out in under six months.  The band followed up in 2017 with the release of ‘Busy Checking In’. The release show was met with much excitement pairing Frogleg with George Porter Jr. and Jon Cleary on the beautiful Como Dockside Pavilion.  The album is seeing lots of attention from national radio, charting on stations from California to New York! The band followed up their release by pressing the album to a double vinyl and adding on some bonus live tracks from an in studio radio performance.  The vinyl release show quickly sold out – something that Frogleg seems to be making a habit of. Do yourself a favor and go see a Frogleg show! 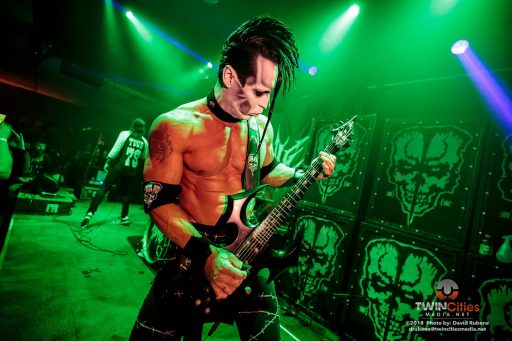 Lodi, a small borough of Bergen County, New Jersey, is just over two square miles. There’s not much to suggest that the small village would be the birthplace of a world famous, blood-soaked form of music known as horror punk. Legendary acts  Samhain, and Danzig all have their origins in Lodi, and something monstrous indeed lurks there. The poster child and originator of the genre, himself, has once again unleashed an evil noise on an unsuspecting world: Doyle Wolfgang Von Frankenstein’s first release, Abominator, by his eponymous band, Doyle. Released on Doyle’s own label, Monsterman Records, Abominator is a sonically thick and lyrically evil slab of metal that finds Doyle expanding in a logical progression upon the genre of music he helped create. Abominator is not the sound of some punk guitarist gone metal- it’s the roaring return of one of extreme metal’s original architects to his blood-splattered drawing board. Coming from a legendary band of almost mythological proportions, and having first worked with one of the most talented and respected vocalists of the century (the infamous Glenn Danzig), Doyle’s new project would need a singer with brass balls, cast-iron pipes, a suitably twisted mind, and his own vocal delivery style. Enter Alabama’s Alex Story of Cancerslug, a Southern fiend who’s sand-blasted scream opens the record, and the evil doesn’t relent until the ending growl of “Hope Hell Is Warm”, the album’s defiant closer. The man can scream and sing, and employs both styles to great effect, switching seamlessly from raw-throated roars to rough-edged, yet melodic, clean vocals. Alex’s live performances can only be described as unforgettable, disturbing and strangely addictive – a perfect complement to the already mammoth stage presence of Doyle himself. The unmistakable sound of Doyle’s signature Annihilator guitar cuts through on every tune like a sonic fingerprint, starting with the snarling opening title track “Abominator”. The Annihilator’s tone is sharp as a butcher’s knife in the wrong hands and just as nasty- fans of the Misfits will recognize it right away. On tunes like “Headhunter” and “Land of the Dead” the riffs are relentless, and if a riff could be described in emotional terms, remorseless.