Don’t miss Soccer Mommy at the Amsterdam Bar & Hall on Friday 9/20. Doors open at 8pm with music beginning at 9pm for this 18+ (strictly enforced) show. The opening band is Squirrel Flower. Tickets are just $18 and still available HERE.

“I don’t want to be your fucking dog,” sings Soccer Mommy’s Sophie Allison on “Your Dog,” a highlight from her new album Clean. Over knotty, distorted guitars and churning bass, Allison is equal turns confrontational and vulnerable. “I want a love that lets me breathe/I’ve been choking on your leash.” It’s a mission statement, a reclamation of power, a rewriting of all indie rock’s rules. Soccer Mommy is the project of twenty-year-old Sophie Allison, a Nashville native. She cut her teeth in her local DIY scene, going to shows and hanging out with other musicians, though she kept her own songwriting secret. “I’ve played music since I was six,” says Allison, “and I always wrote songs just for myself. I did it for fun, posting songs on Tumblr, Bandcamp, and Soundcloud. I didn’t think anyone would notice.”

All that changed the summer before Allison left for college. She bought a Tascam digital recorder and began to experiment with production, pushing the quality and craft of her songs to new heights. A buzz began to grow around her Bandcamp recordings, leading to live shows and eventually a record deal, with 2017’s critically acclaimed bedroom-recorded compilation Collection. “I realized that I could do this full-time,” says Allison. “It was either quit school now and do it, or stop growing as an artist. It was now or never.”

So Allison took the plunge. She quit school, moved back home to Nashville, shifting all her focus to music. She toured with Mitski, Jay Som, Slowdive, and others, and was featured in the New York Times article “Rock’s Not Dead, It’s Ruled By Women.” The bedroom project of Sophie Allison is now a full-time band with a new studio-album debut, Clean. Produced by Gabe Wax (War On Drugs, Deerhunter, Beirut) and mixed by Ali Chant (Perfume Genius, PJ Harvey), Clean is Allison’s journey out of the bedroom and into the studio. “I wanted it to be a lot more cohesive than the rest of the stuff that came before,” says Allison, on her decision to record in a studio. “I’d never made a full album before, just EPs and random tracks thrown together. I wanted to make something that was a full piece of my life, that addressed similar themes and held together as a whole.”

The higher production values play to Allison’s strengths, highlighting the maturity and growth of her songwriting. The music gains clarity and power, losing none of the trademark intimacy of her Bandcamp work, something Allison credits to days spent recording in Wax’s home studio. “It still felt do-it-yourself,” she says. “It didn’t feel like making a pop album. It was like being in a nicer bedroom, with better quality stuff. It was a natural progression. I’d always wanted my music to sound this way, I just didn’t have the means before.”

“Still Clean” is a stunner of an opening track, with the signature warmth of Allison’s voice coupled with one of her best hooks. It’s mostly Allison alone with her electric guitar, playing chords and singing about an ephemeral, passing love. The song is full of heartache and defiance, equal measures vulnerability and strength, and it’s Allison at her best. It’s also a bridge of sorts, with synth flourishes rising in a crescendo behind her, ushering the listener into Soccer Mommy’s new, high-definition world.

Allison’s growth as a lyricist is most evident on “Cool”, a sharply observed character study describing an aloof stoner girl, so cool and untouchable, and the agony she inflicts on her boyfriend. “She’ll break your heart and steal your joy/like a criminal,” sings Allison, full of venom and bitterness. But what starts as a lyrical evisceration of the girl in question transforms into awe, even admiration, on the chorus: “I wanna know her like you/I wanna be that cool.” Suddenly the cold-hearted girl becomes the hero, and the song becomes a meditation on identity, on wishing to be someone else for a while.

“Flaw” is the comedown from a song like “Cool.” A melancholy ode to lovesick self-loathing, Allison sings, “I choose to blame it all on you/ ‘Cause I don’t like the truth.” There’s an ecstasy in being sad, and the chorus of “Flaw” nails that feeling perfectly. “Scorpio Rising” crystalizes these themes of identity, jealousy, and the desire to be someone else. What starts as an acoustic ballad, harkening back to the Soccer Mommy bedroom days, quickly transforms into a full-band doomed love song. “’Cause you’re made from the stars/That we watched from your car,” sings Allison, “And I’m just a victim of changing planets/My Scorpio Rising and my parents.”

Clean presents Sophie Allison as a singular artist, wise beyond her years, with an emotional authenticity all her own. “It feels like my first real record,” says Allison. “It’s my first real statement.” It’s an emotional album, heavy on themes of growth, isolation, and change, but balanced by a lightness of touch, and with hooks to spare. Clean is a true step forward, a mature, powerful album from an artist just coming into her power.

Squirrel Flower is the alias 22-year-old Ella Williams adopted for herself when writing songs and poetry as a child. Coming from a professional musical family spanning generations, Williams has always been surrounded by music. By 14 she started writing more seriously and released her first EP of folk music under her own name. After immersing herself in the DIY scene of her Boston hometown before moving to Iowa to study Art + Gender, Women’s, & Sexuality studies at Grinnell college, she found a more experimental sound, linking her choral roots, classical harmony and ethereal chord structures, and released her first EP as Squirrel Flower, Early Winter Songs From Middle America.

Her second EP, Contact Sports, is a perfectly formed collection of songs about relationships; intimacy, dependency, betrayal and geography, set to the backdrop of the American Midwest. The songs represent push and pull of love and intimacy while also being meditations on place. From the fulsome guitar and visceral, cathartic breakdown of lead single ‘Conditions’ to the carefully layered beauty of ‘Hands Melt’, this varied collection frequently impresses with its maturity and craftsmanship. Tracks like the fuzzy, dimly-lit euphoria of ‘Daylight Savings’ are spellbinding in their turn of phrase as Williams sings “I know we’ve gained an hour, but I feel like we’ve lost two.” 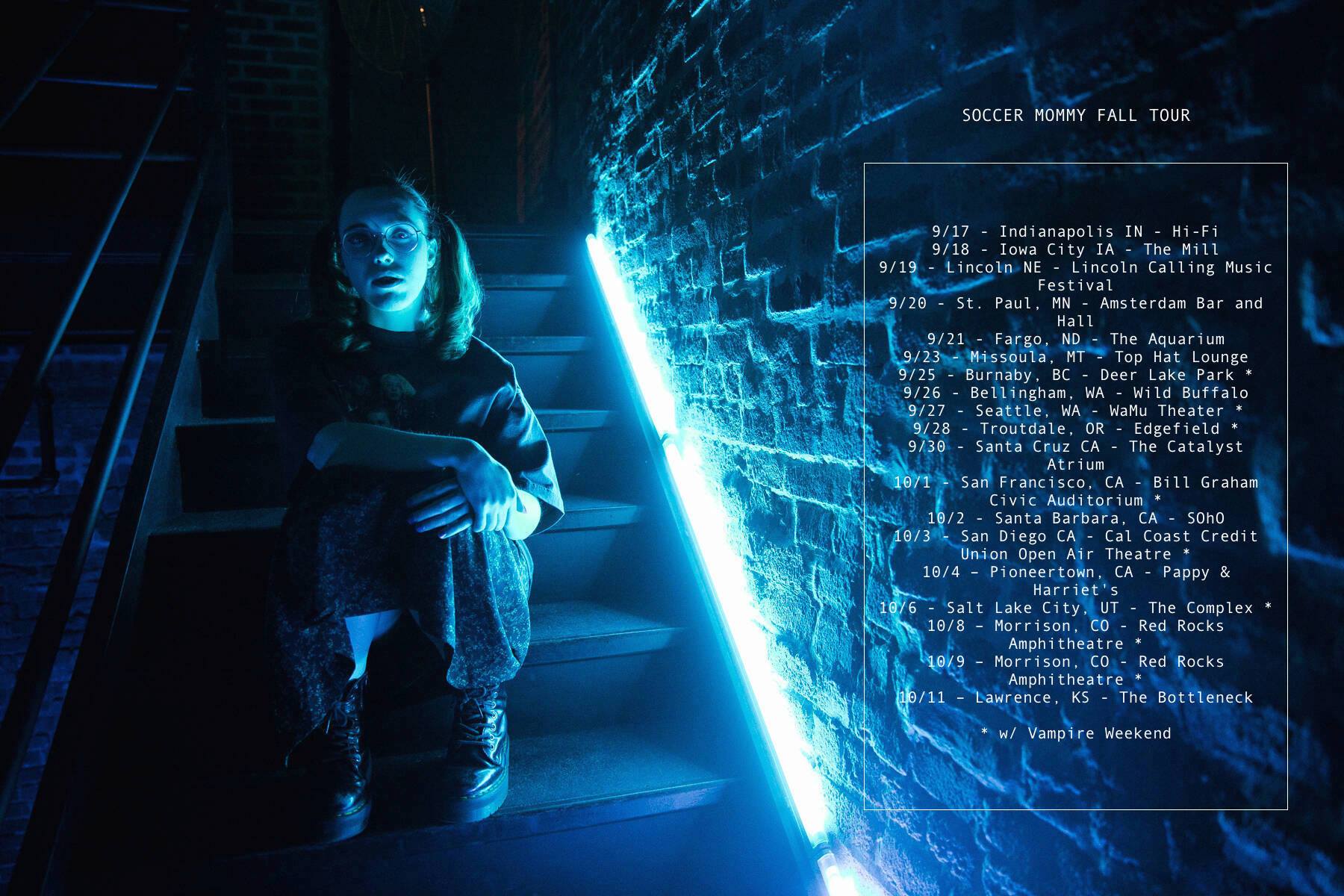 Photos by David Rubene   I didn’t get much sleep last night. That’s not uncommon for me. There are nights where I don’t get home until nearly 2 AM from a show and have to […]

Last night The Garage in Burnsville, was treated to quite the performance from English singer-song writer Declan McKenna. “What Do You Think About the Car?” is McKenna’s debut album and tour with stops all over […]