One thing we know for sure, things are going to get rowdy at the Varsity Theater next week when Beartooth brings their Disease tour to Minneapolis. This is a 15+ show, some tickets are still available HERE

Adding to the fun are Knocked Loose and Sylar

Beartooth shares equal inspiration with brutal metalcore as with old-school punk like The Ramones and the bombastic theatricality of Queen. The end result is a back-to-basics hardcore stomp that would get the crowd moving at a Hatebreed or Terror show, interspersed with a steadfast determination to give equal importance to anthemic choruses.

“I made the whole thing by myself,” Shomo says of Beartooth’s debut album, Disgusting. “The entire record, front to back, is literally a reflection of my thoughts and my mental well-being at the time. The album captures every end of the spectrum musically and lyrically. I know this may sound strange, but I didn’t write these songs for anyone. I wrote just to write. All of the songs came about because I love writing Beartooth songs. That’s it. I won’t record a song unless I love it, unless I believe in it. I won’t do it any other way.” 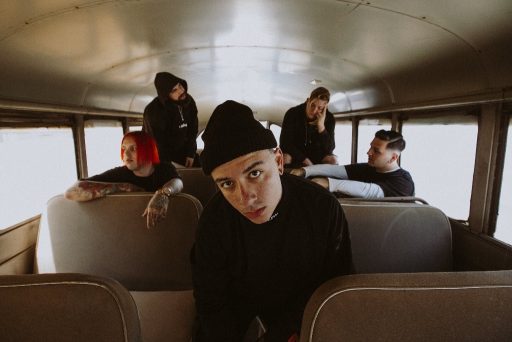 Sylar’s music is a cocktail of down-tuned bounce, stadium-ready choruses, and streetwise hip-hop flavor. The Queens, New York squad are positioned as a new voice for the voiceless, unapologetically championing the underdog, reigniting the rap/rock genre, and doing it all with swagger and style.

Seasons, the band’s third full-length, just released in October on Hopeless Records, isn’t just an album. It’s a manifesto. In “All Or Nothing,” frontman Jayden Panesso affirms Sylar’s dedicated solidarity with the downtrodden and outcast. “For the ones who can’t speak / for the ones who are too scared to dream,” he declares. It’s a mission statement — a post nü-metal call to arms.