Friday’s show at First Avenue will be the first time in the Mainroom for 2017’s Are You Local contest winner Nick Jordan. He will have illustrious company from Gramma’s Boyfriend and Minneapolis legends The Suburbs who are returning to First Avenue for the first time in 2 years.
Tickets are still available HERE 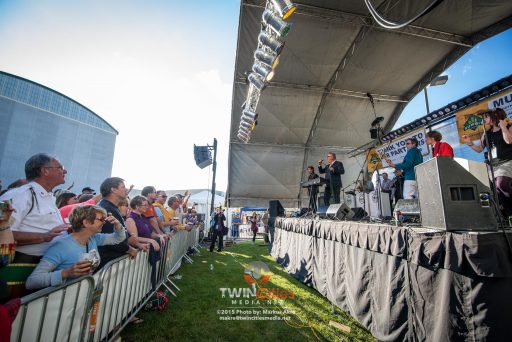 I had a chance to sit down with Chan Poling and Hugo Klaers before their rehearsal to ask a few questions.
The Suburbs are in the final stages of releasing a new album. They are still deciding between 2 or 3 album titles but the first single will drop on record store day April 22 with the album shortly thereafter. When asked about new music being played at Friday’s show, Klaers said there would be 4 or 5 new songs for their fans.
“We are being a bit more ambitious about this record than “Si Sauvage” which was released in 2013. We are working with the Minnesota Film Project, and doing some videos with students”. The Suburbs are talking with a booking agent about a possible tour. “The band is reshaped; we are more of a band now. When we made “Si Savage” it was our first record in 20 years, Beej was living in California and traveling here and we were writing here. It was fun, and it’s a record I am proud of, but this record has a lot of fluidity and it has a lot of nice grooves. It feels more in the vein of a band record.”

The suburbs have been a band for 40 years. I asked how they managed to stay together and Klaers replied
“It’s down to Chan Poling and me who are the original members, but once you start playing music you can’t let go of it. Chan would call me on the phone and say, “Hey, I got a batch of Suburbs songs. I think these are Suburbs songs.” I asked Chan, so when are you going to make a solo album and he always replies, “Hey, I like this band too much” Poling does his theater projects and he has the New Standards. But he sits at his piano a lot and comes up with songs that he wants me to play drums on, and get these guys together, so it’s great”

I confessed that I had to dust of my Suburbs knowledge and re-listen to some of their songs. When I moved to the Twin Cities in 91 “Music for Boys” played on the radio and jumped out at me. I asked about what was the inspiration behind that unique song. Chan Poling explained
“In the US punk and new wave had this New York vibe. Talking Heads, James Chance and the Contortions, No Wave that had a funky dance element to it. Obviously, we loved British punk like the Clash and Stiff Little Fingers, but in New York and LA you got more of an artsy dance feel. We were also listening to a lot of Michael Jackson and James Brown besides growing up with Bowie and the Art Rock of that era. The story behind it. I was living in Val Verde, CA, and was going to school at Cal Arts, living in the valley. We had a little hippie commune there, and that inspired come down into the valley. It was a little idealized community.”

I then asked about the changes they had seen in the music scene in their 40 years and Chan brought up Prince.
“He was blending all these elements together, dance, rock and new wave. The alternative really entered the main stream with Prince, REM. What we were doing was underground and all of a sudden it got cool and we had bands selling millions of records. Now it feels again watered down and sugar coated.”

I brought up “Love is the Law” which became the theme song for the Minnesota Marriage Equality movement, and asked: “How does it feel, if one of your songs becomes something that important for people?” Poling responded:
“It feels great. I hope they keep using it. There is more and more to fight for in the name of love. With trying to inhibit peoples’ freedom of any kind whether they are gay or Muslim, or any kind. I hope other people pick it up.”

Your show on Friday will have the winner of the Star Tribune’s “Are You Local” contest, Nick Jordan. What other new local bands have you seen lately that you like?
Poling: “It was cool to see Bad, Bad Hats.” He also mentioned Polica and that he does a lot of work with Dessa, and the Doomtree collective.
Klaers: “I don’t get out a lot, but from that contest I have worked with Michael Tyler Anderson from “Kiss The Tiger” and Ayvah, she’s the offspring of Juju McFarlane of Ipso Facto. It’s kind of cool to see all those kids that are musicians whose parents are musicians from our generation”
Poling and Klaers also brought up Japandroids as a band they found interesting.