Wolf Alice, a London-based alternative band, put on a phenomenal performance at First Avenue last night on a stop along their North American tour. They launched into “Your Love’s Whore,” and the crowd instantly lit up. Their set was an impressive balance of polished and enthusiastic, and for a band that’s come into the spotlight fairly recently, their skill and stage presence were mind-blowing. 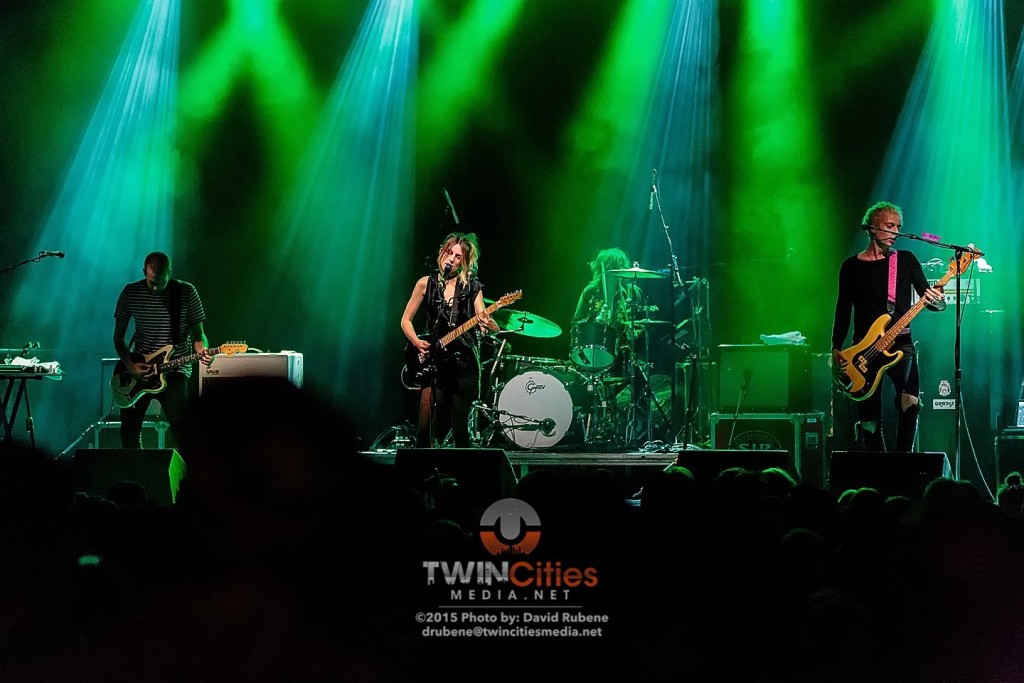 What began as an acoustic musical duo consisting Ellie Rowsell (vocals, guitar) and Joff Oddie (guitar, vocals) has evolved into an unstoppable four-piece rock group. The addition of Theo Ellis (bass) and Joel Amey (drums) pushed Wolf Alice from the world of folk-tinged pop to an intoxicating blend of folk and grunge that the band dubs “rocky pop.”

Named after an Angela Carter story, Wolf Alice earned acclaim over the past five years and were named “Best Breakthrough Artist” at the U.K. festival awards in December 2014. Their debut album, My Love Is Cool, released in June of this year, reached #2 on the U.K. album charts, with the single “Moaning Lisa Smile” hitting #9 on the U.S. Billboard Alternative Songs chart.

Wolf Alice can be found online at:

Sweat, Sunburn and Lil’ Wayne- Soundset 2019 Was A Success

Too Pure To Die Destroys The Amsterdam

I was a teenager lost in a world of black eyeliner and guys in skinny jeans. I spent my days cutting out pictures from Alternative Press of Good Charlotte and Simple Plan just to stable […]