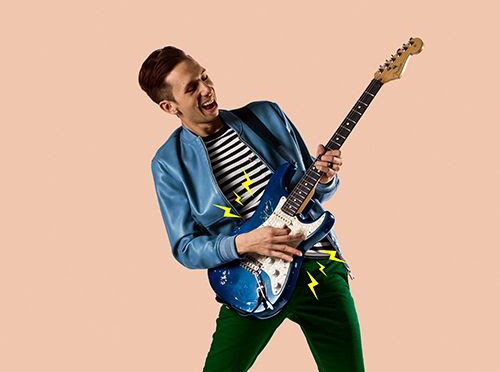 Best known for his thrifty guitarwork in the midwestern funk ensemble Vulfpeck, Minneapolis-based guitarist Cory Wong recently released his sophomore solo record The Optimist last fall, and in support of the recent release, he’s playing a select run of shows early 2019, including a performance at Fine Line Music Cafe in Minneapolis, MN on Saturday, February 9th.

Hailed as a “multifaceted” artist by NPR and “the most famous Minnesota musician you’ve probably never heard of” by The Current, Wong has established himself as a uniquely prolific guitarist, composer, producer, and sideman. While he may be most recognized these days for his work with Midwestern funk heroes Vulfpeck, the Minneapoliswunderkind boasts a remarkable resume that includes behind the scenes roles on shows like NBC’s ‘The Voice,’ extensive touring with chart-topping singer/songwriter Ben Rector, and performances alongside everyone from Gene Simmons, Questlove, and The Blind Boys of Alabama to Blake Shelton and Bootsy Collins. With his ecstatic new solo album, The Optimist, Wong also reveals himself to be a frontman of the highest caliber, the kind of preternaturally gifted entertainer that commands your full attention with equal parts brilliance and madness.

“My stage persona is Andy Kaufman meets Tony Robbins,” laughs Wong. “I want people to leave my show saying, ‘Wow, I can’t believe how funky and amazing that was, but also my stomach hurts from laughing so hard and now I feel the most motivated I’ve ever been in my entire life.’”

Cory heads to Europe after his Fine Line gig.