With the cold conditions and howling wind, the weather this Sunday evening called for winter jackets and fuzzy hats – yet nothing stopped the fans at First Avenue from showing up in flannels, stained jeans, and workin’ boots. On the Country Squire Run tour, Tyler Childers and Courtney Marie Andrews managed to turn a punk-rock like atmosphere with history that speaks to nearly everything but a Honky Tonk turned into just that. I’ve been to many shows, from Post Malone to Paul McCartney, but never have I ever seen so many people singing along through an entire set while simultaneously holding their beers up, like a curious form of saluting to the musicians on stage; the audience was an assortment of beer-drinking-esque Statues of Liberty.

Courtney Marie Andrews took stage first and did not hold back. There was something spectacular about her red suit and white high-heeled boots as she jammed on stage with the rest of her band. In between awesome bass-riffs and soulful lyrics like in “Rough Around the Edges,” we got glimpses of Andrews’ past. She told stories of her travels, growing up in Arizona, and how she was working in a bar not too long ago. All of this made the words in her lyrics all that more personal and vivid. One of the lines still ringing in our ears is from her song “Border” is

“There is always a reason, a story to tell, But you cannot measure a man until, You’ve been down the deepest well. . .”

Before Childers took to stage, Courtney thanked the crowd repeatedly and genuinely endorsed the upcoming performance before the curtain fell. The crowd was a few Coors deep, and roarin’ to go.

[Show slideshow]
What was about to ensue is something that I, as someone new to Country concerts, was not mentally prepared to handle. The covers were removed revealing the stag, and the crowd erupted and stayed that energetic throughout the rest of the show. In between every power chord, riff, or verse, voices would belt and whoop across the crowd almost like a form of affirmation- where we’d commonly hear or observe people clapping or maybe letting out a “rock on!” we instead encountered hollers, screams, hell-yeahs, and I don’t know what “yee buddy” really means but the man 4 beers deep that was sitting next to me really found it to be his phrase of the night! This whole scene truly reminded me of the bar scene in The Blues Brothers.

The show was hot from the start as Tyler’s soul and southern Kentucky heart came through vividly with slow jams such as “Tennessee Blues,” to the more upbeat fun of “All Your’n.” The highlight of the performance, I’d argue, came through “House Fire” which is one of Childer’s more recent and most popular hits; the performance started out with an extended jam session on stage, before the opening chords and words were introduced and the crowd absolutely loved it. What really stood out to me was a tall man standing in front row or dang near whom (I kid you not) sang along to every single song, word for word, as soon as Childers took stage. It says something about his soul, his music, and his following to see that many people being that in-tune with his words and songs.

Childers has the foundation to be a legend in the big picture, and his recent album Country Squire is fueling that likelihood. The way he belts his notes and paints a picture with his words reminds me of a lot of modern day Country stars, while his stage presence and demeanor truly struck me like a young Johnny Cash or Merle Haggard. With this following, and no signs of slowing down, I am certain that Childers will be a name we have in mind for years to come and I will be sure not to miss him the next time he is in town. 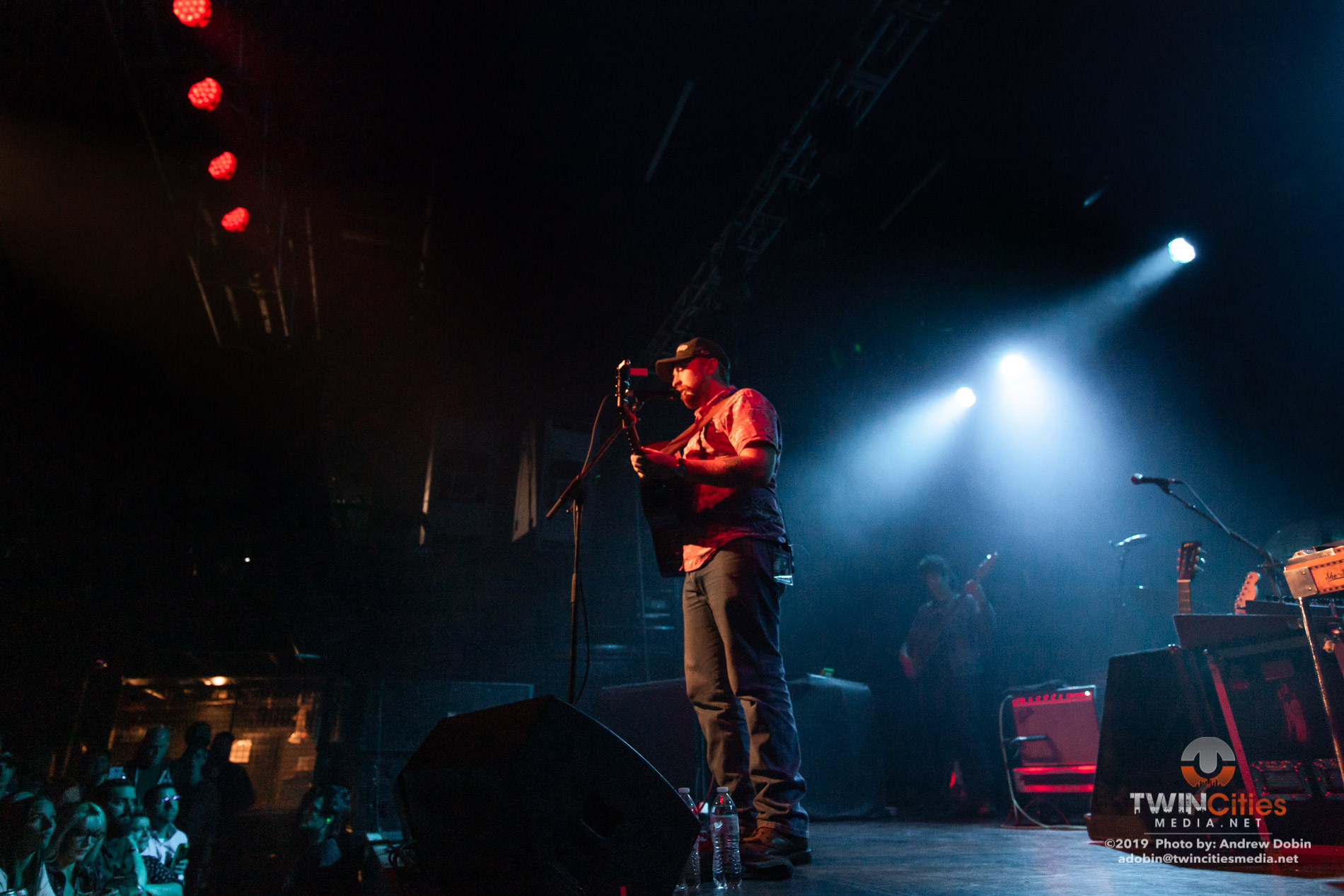 Coheed And Cambria have just hit the road with Mastodon to take part in the The Unheavenly Skye Tour.  The tour name is an amalgamation of Coheed & Cambria’s latest album The Unheavenly Creatures and […]

The powerful storms that had been slamming the Twin Cities since rush hour (how convenient, right?) seemed to break as I walked out of my apartment and to my car. It was like a sign […]