One typically dates themselves in age when they start a story with “Back in the day …”, however, nothing could be more fitting for what I saw on Friday night at the Xcel Energy Center. Twenty One Pilots brought their Emotional Roadshow Tour to the St Paul area and thousands of screaming fans. 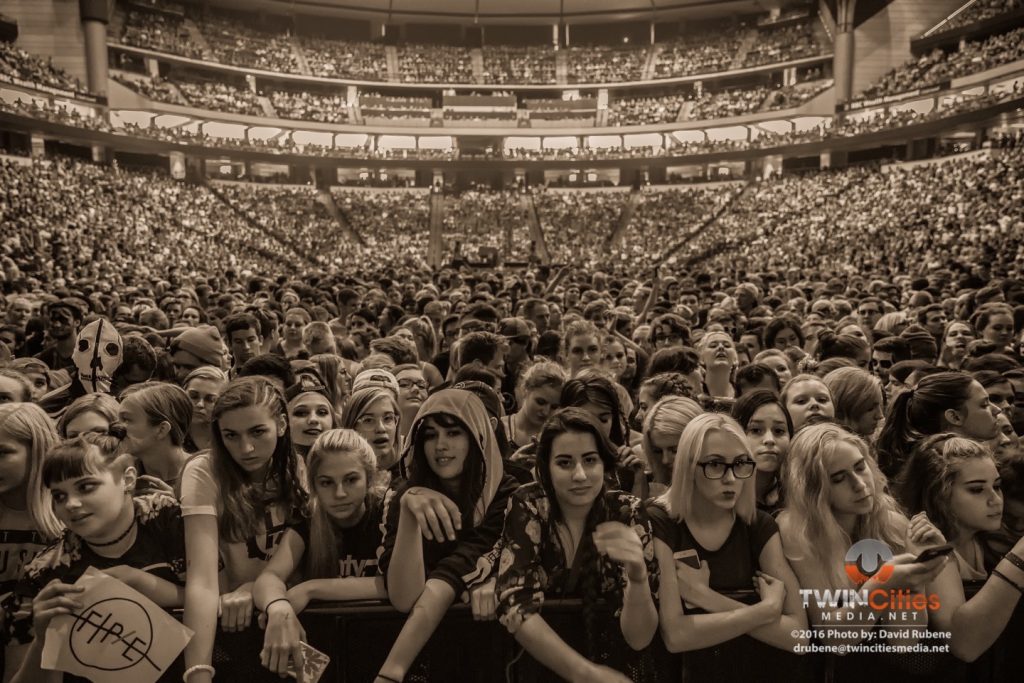 So I must digress, ‘back in the day’ fans stood in long lines (sometimes overnight) purchase tickets to see their favorite artist live / in concert. The evolution of present day technology and ticket-buying bots has changed that, but for many fans of Twenty One Pilots, Friday’s show involved a camping out in line in order to grab a spot close to the stage on the general admission floor. People showed up as early as 5 a.m. They brought card decks, snack, and liquids to survive the day. 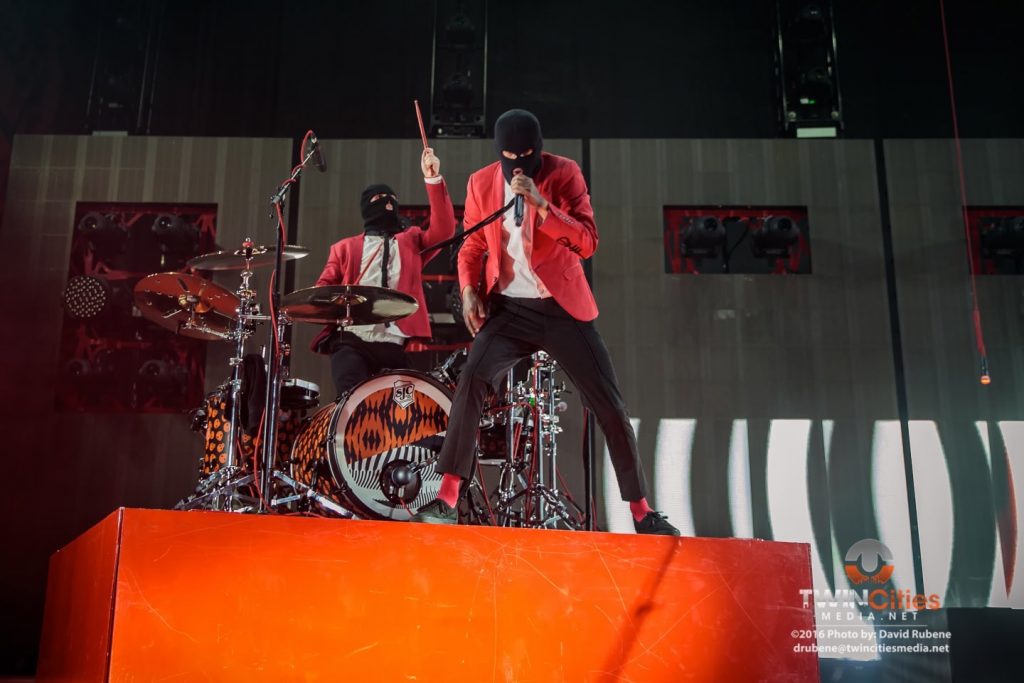 It was a long wait, but it all came down to the golden opportunity to cram as close as possible to the stage that would be occupied by Twenty One Pilots’ two members, frontman Tyler Joseph and drummer Josh Dun. 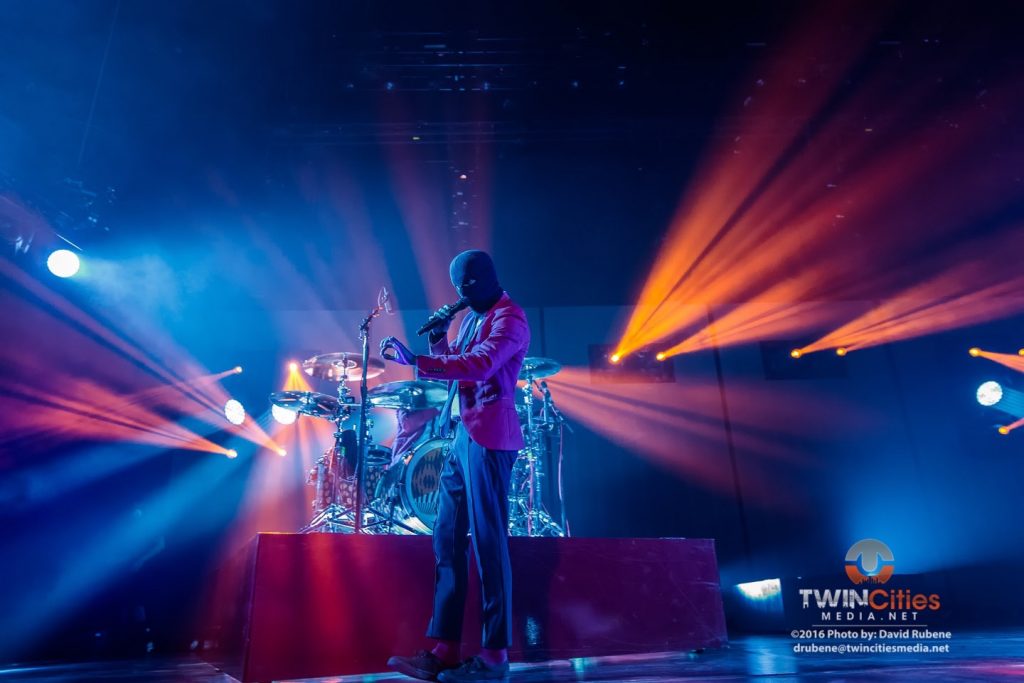 The question, then, is why? What’s up with this 20-something band from Columbus, Ohio? What is it about them that seemingly captures the passion of so many millennials?

I spoke to a few fans that one their way into the venue and the answers were all pretty consistent:

“Their music doesn’t fit any one genre.”

“Their songs are relatable.”

“They connect with their fans.”

All good reasons to love a band, but those answers are just like saying swordfish tastes good (and not like chicken). It might very well be tasty, and it may not be poultry-predictable, but you won’t get it until you try it. Which is why the most helpful response was simply, “You’ll see!” And that I did see.

Joseph and Dun have created a musical spectacle that draws from several genres but resembles not one in particular. When they took the stage to and kicked off their set with a triple punch featuring Heavy Dirty Soul, Migraine, and Polarize, the fans reaction was overwhelming. Donning black masks and ties with red suits, the two took on a ‘super hero’-type presence on stage. Joseph alternated between rapping and soulful singing, while Dun was a complete animal on the drums. Judging from the fans reaction, the night was young and going to be filled with a very crowd-pleasing performance.

I know this show was announced a while ago, but March 8th marks the day Aaron Carter will be making a stop in Mankato, MN at Buster’s Sports Bar and Grill.  Judging by posts on […]