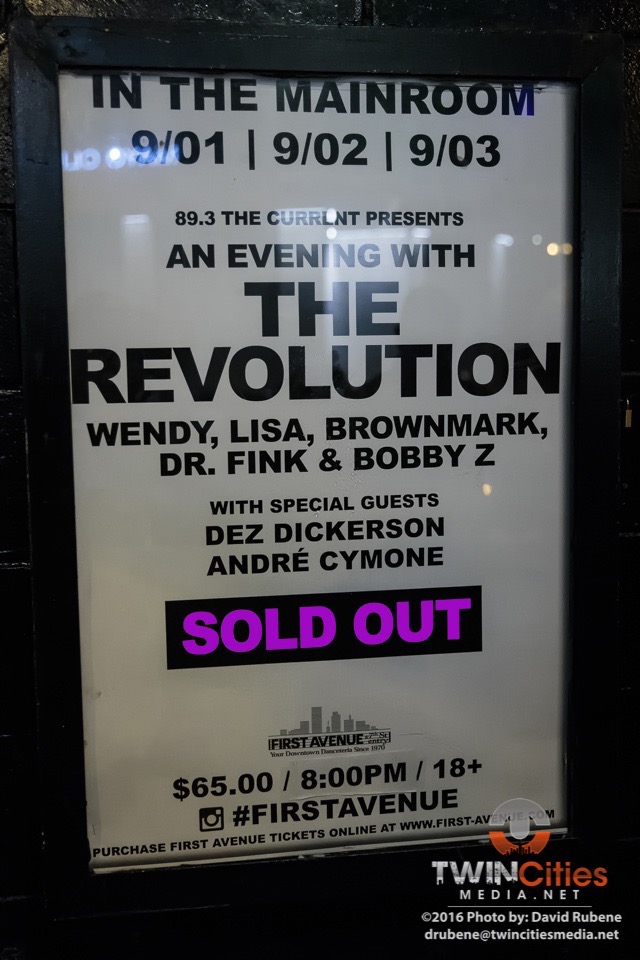 When Prince passed away back in April, thousands of mourning fans gathered in two primary locations: The famed Paisley Park recording studio complex in Chanhassen and the iconic First Avenue in downtown Minneapolis. So when Prince’s band The Revolution announced they were reuniting to pay tribute to the legendary artist, there was only one place: First Avenue. Three shows sold out rapidly as anticipation was extremely high from those eager to honor the memory of a performer who was so closely attached to the venue’s name.

Friday night, The Revolution packed in a SOLD OUT house of fans for the second of the three performances in a room filled with loving memories and purple lights. As the lights dimmed and the crowd started to roar, an introduction announcement was made … “Ladies and Gentleman, The Revolution”. The Revolution — Wendy Melvoin (guitar, vocals), Lisa Coleman (keyboard, vocals), Brown Mark (bass), Bobby Z (drums), and Matt Fink (keyboards) – were the backing force behind Prince on the Purple Rain album and also starred in the film which was shot inside First Avenue.

As Wendy took center stage, The Revolution kicked off their 17 song set with Let’s Go Crazy and ended appropriately with Purple Rain. Included in the set list were all the classic hits like 1999, Little Red Corvette, Controversy, and Raspberry Beret, but throughout the performance there was an overwhelming feeling of sadness that seem to encapsulate the evening. The Revolution performed beautifully and flawlessly, though there seemed to be a gap that only Prince himself could have filled. Philadelphia singer Bilal joined The Revolution for many numbers, including an amazing rendition of  The Beautiful Ones. Bilal also covered several other favorites, including When Doves Cry and Kiss. 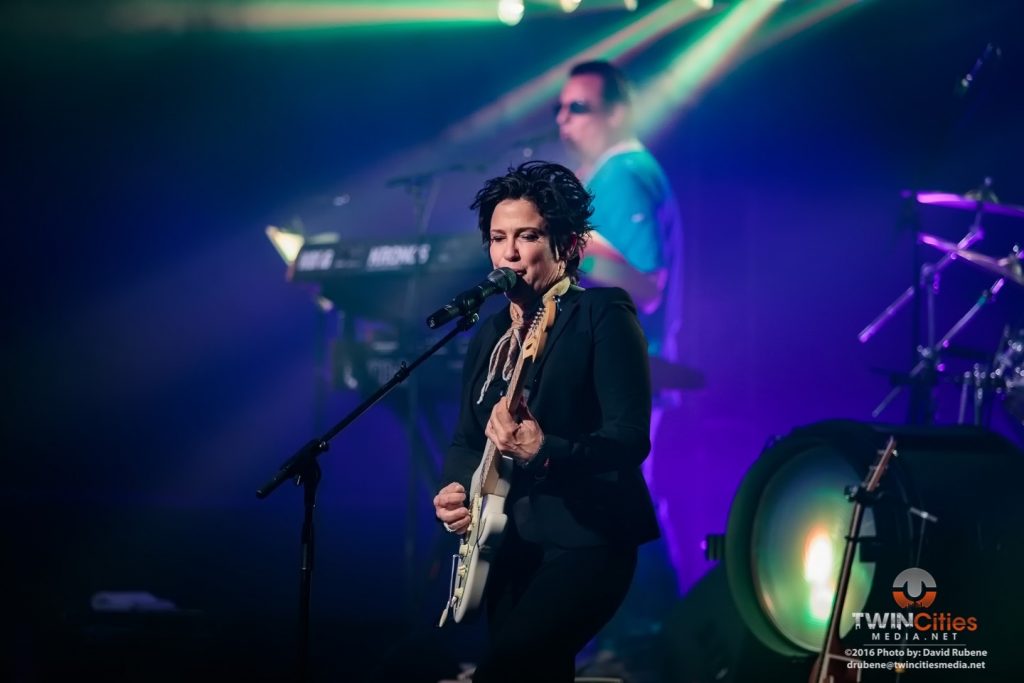 During the encore, Prince’s Purple Rain co-star Apollonia came on stage while Brenda Bennett – who was also in Vanity 6 and Apollonia 6 – spoke about the first time she met Prince. I’m sure I’m not the only who attended that wished Prince would have been there, but knew that this was not going to happen. The sad truth is that will never happen, and as many, I left with that sadness in mind but with a pleasing sense of closure. Thanks to all the members of The Revolution. Rest in peace Prince.

Aaron Watson brings the Texas State of Mind to the Cabooze

I discovered the world of country music during college, let me admit that first. Second, let me admit I wish I had found out about musicians like Merle Haggard and Willie Nelson long before then. […]

Walk Off The Earth Brings Family Fun To The Myth

Last night was one of the many nights where I found myself at a show that I knew nothing about. Walk Off The Earth, or WOTE as they are known to their fans was playing […]

An intimate evening of music with Cameron Avery

Sometimes less is more, or so the saying goes. Last night at the 7th Street Entry was definitely a case of that, in every sense of the of the saying. No gimmicks, nothing contrived or […]