What do you get when you mix classic Steampunk attire and fast moving Irish music? You can really only get one result … The Langer’s Ball. With their home base in St. Paul Minnesota, The Langer’s Ball are a force to dealt with. This past chilly Friday night, The Langer’s Ball warmed the stage for Gaelic Storm at Mill City Night. And warm they did. Their set was direct and to the point … “Get up and move”. They performed a short set, but this was not short on high quality and high entertainment. Musically tight and solid sounding, they hit all the crowd favorites and ended with the crowd cheering for more. Hopefully we can expect a headlining stop very soon. 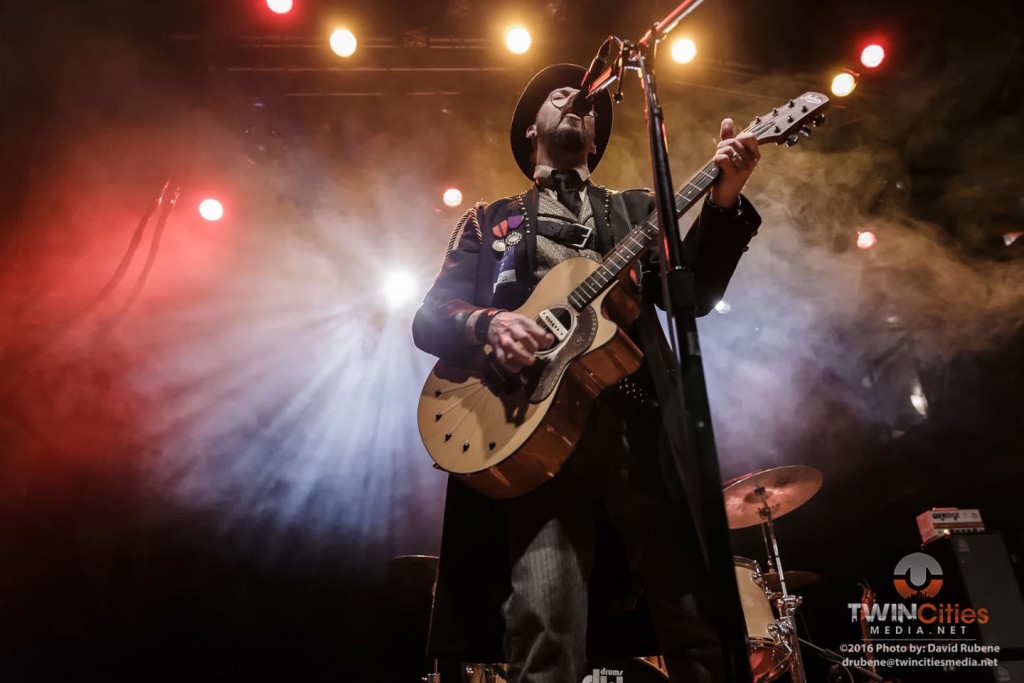 The Langer’s Ball has been performing since 2007, with their first album release in 2008, they were hailed as “…A Band To Watch” by PaddyRock.com. And watch people did! Called “The Punk Rock Pogues”, their music has been described as “Straight ahead, no-frills Irish ballads with just a hint of razor blades, safety pins and American rock ‘n’ roll”. Their latest album “Whiskey Outlaws” is definitely earning the band a top spot on virtually every Irish music writer, podcaster & bloggers best of 2016 list. As a reviewer in London says about The Langer’s Ball “Showing no signs of stopping or slowing down…put your best dancing shoes on because The Langer’s Ball are in town and there’s no excuse for sitting down. The Langer’s Ball are swigging Jameson’s and writing some of the best Celtic punk you may ever listen to.”

For all the latest information, check out The Langer’s Ball online at:

Radioactivity is a new project by Jeff Burke and Mark Ryan of the Marked Men a Denton, TX punk rock band. Their sound as been described by Rolling Stone as “Two-minute power pop anthems foretelling […]

Maybe you’ve heard of Flip Phone? They host multiple popup drag parties around the Twin Cities. Their drag brunch series at the Union Rooftop on Saturdays has been a hot commodity. This week the theme […]