Sometimes bands one likes fade into distant memory and get drowned out by newer music. That happed to me with The Church. The Aussie psych rock quartet was founded in 1980 and since then has produced 20 studio albums. Everyone knows their biggest hit, 1988’s “Under the Milky Way” and if asked before the show, that was the only song of theirs I could have named without cheating. As I stood in the pit waiting for the show, I noticed the level of excitement in the crowd was unusually high. There was a buzz about and some very interesting, cool characters. 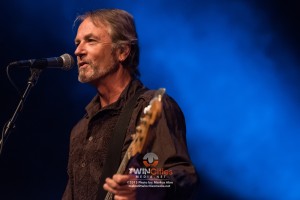 The Church took the fairly dark stage and a few bars into “Reptile” the LED lights on stage went off along with a big light bulb in my head. Wait! I know this song! I LIKE this song! “Toyhead”? I know that one too, same with “Metropolis”. Turns out I can at least hum along with every single song on the set list. 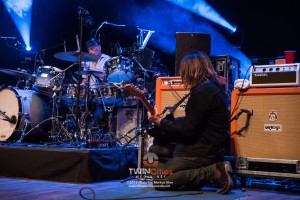 The Church put on a great show. Singer Steve Kilbey’s voice is as good as ever. Their songs take time – most of their songs are 4+ minutes – and the build up in them works beautifully in a live setting. Of course I have to talk about the light… let me tell you about the lights! They were beautiful! The house lights lit the band well (something that not always happens at the State Theater) and the background LEDs combined with the smoke created effects that enhanced the psychedelic feel of the set. 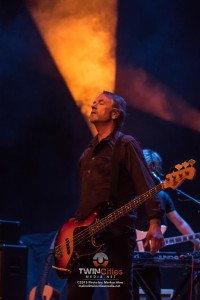 “Under the Milky Way” was introduced as “The song that needs no introduction” The band only played 7 songs in a 50 minute set, ending in a very jammy “Miami”. Overall an outstanding performance by a veteran band.

If you have never seen a show at Surly’s festival field, this is your chance. Courtney Barnett will be taking over the beautiful on Saturday, July 21st. Since the release of her debut full-length Sometimes I Sit […]