The Brevet and The Unlikely Candidates bring their Strange Lines Tour to First Avenue’s 7th Street Entry on April 6th for what will be a busy Saturday night in downtown Minneapolis when the city is hosting the NCAA Final Four. Perhaps you couldn’t get your free tickets for the Jonas Brothers concert at the Armory on Saturday night as part of the March Madness Music Series or they are not your cup of tea. Or maybe you are going to the games at US Bank Stadium and want to line up something more to do afterwards. Either way, you will want to hurry up and buy your tickets HERE as these $13 tickets will go fast for a Saturday night show at this famous small venue (under 200 capacity).  Doors open at 7:30pm and music at 8:30pm for the 18+ show.  Local musician Henry James Patterson is the opening act. You can watch the basketball games beforehand at First Avenue’s adjoining Depot Tavern, which is one of the best kept secrets for downtown Minneapolis casual dining.

One listen and it’s immediately clear that The Brevet have undergone a dramatic evolution on their explosive, ambitious new album, LEGS. Synthesizing the raucous energy of their live show with sonic precision of their extensive studio history, the collection is the California five-piece’s most deeply personal and lyrically sophisticated yet, tackling perception and identity in the digital age with both subtle nuance and blunt force. The songs remain as cinematic as ever, full of rousing choruses and sing-along hooks, but they carry more weight here, propelled inexorably forward by thunderous percussion and blazing electric guitars that blend rock and roll snarl with R&B swagger.

The Brevet’s roots stretch back to college, when frontman Aric Chase Damm first began writing scores for student films and discovered he had a knack for crafting the kind of evocative music that yields unforgettable on-screen moments. Those early songs led to a licensing deal, and tracks from the band’s two independent albums (2013’s Battle of the Heart and 2017’s American Novel) would go on to be featured in a wide variety of films and television shows in addition to racking up more than nine million streams on Spotify. With all of The Brevet’s success on-screen and online, the group—Damm, drummer David Aguiar, guitarist John Kingsley, and bassist Julian Johnson—was more than ready to get out of the studio and onto the stage. Over the course of the last year, they hit the road for the most intense touring of their career, performing a slew of headline shows alongside support dates with Magic Giant and festival appearances from BottleRock to Firefly.

Recorded at the band’s own studio in their native Orange County, California, LEGS insists on a relentless optimism, a defiant belief in the power of positivity in the face of darkness and doubt. The album’s title actually stands for “Like Every Great Story,” and the record indeed contains all the elements of any memorable tale: struggle and success, tension and release, conflict and resolution. Every great story has a hero, after all, and heroes never give up, even when the going gets tough. That’s what The Brevet is all about.

Alt-pop band The Unlikely Candidates recently released their newest track “Strange Love” from the band’s forthcoming album, due out fall 2019 via RED MUSIC. In 2018, the five-piece released their singles for “Bells”, “Oh My Dear Lord”, and “Best I Ever Had”. The releases received praise from outlets like The New York Times, Esquire Magazine, Nylon, Alternative Press, Baeble, and many more. The tracks have also been features on shows like ABC’s American Idol, FOX’s The Four, NFL’s Super Bowl 2018 playoffs, ESPN’s 2018 Indy 500 programming, Fox Sports and more. “Oh My Dear Lord” has racked up over 6.6 million streams on Spotify. Due to the track’s success, FOX Sports and the MLB both named The Unlikely Candidates as “Artist of the Month”.

Flaunting outsider panache and theatrical hooks as oversized as their home state of Texas, The Unlikely Candidates formed at a high school party before going on to release three EPs and log countless miles on the road alongside everyone from Sublime With Rome, The Offspring, the Dirty Heads and Fall Out Boy. Most recently, 2017’s Bed of Liars spawned “Your Love Could Start A War,” which clocked over 8.2 million Spotify streams and charted in the top 40 at Alternative Radio. Along the way, the band has earned acclaim from the likes of The New York Times, AXS, Esquire and more. The quintet kicked off 2018 by releasing a Deluxe Edition of their Danger To Myself EP, which features the single “Oh My Dear Lord.” More recently, The Unlikely Candidates wrapped up a co-headlining U.S. tour with Brick + Mortar before releasing their new song, “Best I Ever Had.” 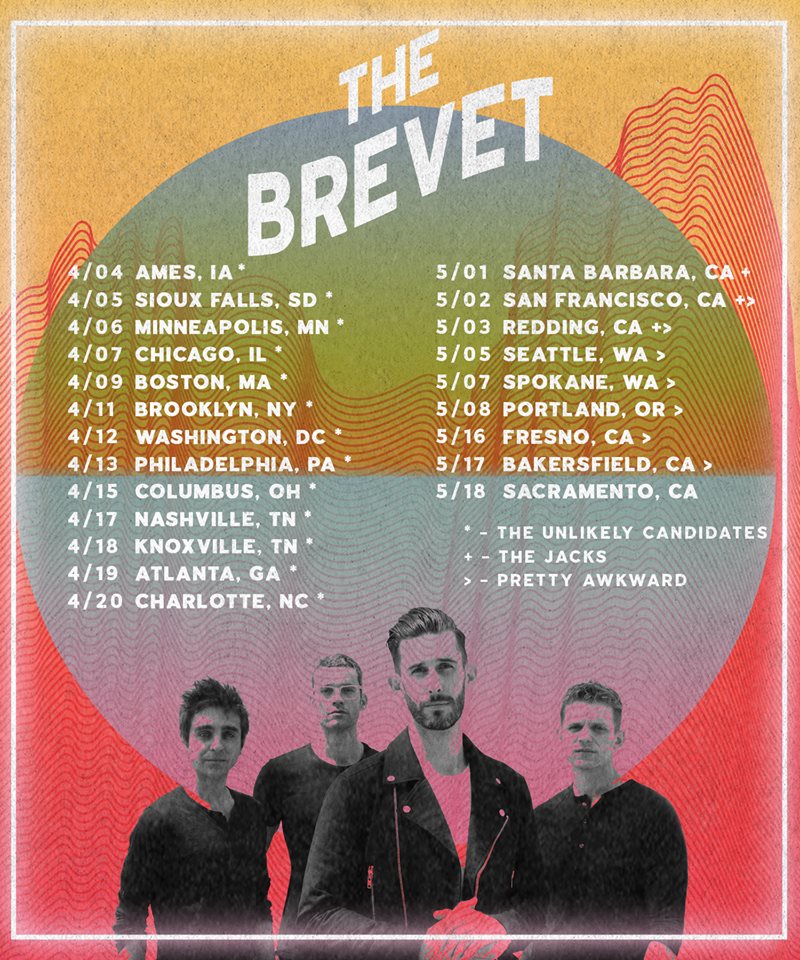 Soccer Mommy heated up the Amsterdam Bar & Hall before a packed house of sweaty fans. This was an 18+ show and heavy on the 18-21 crowd, although it also made a great date night […]

There was nothing modest about Modest Mouse’s set to close 2015 Rock the Garden on Sunday Night. The band 9 band members switching instruments, stage lights that came alive with the dusk and 20 years […]

Drive-By Truckers get the crowd moving at First Avenue

As Minneapolis fills with people Patriots and Eagles fans a select few got into the sold out Drive-By Truckers at The First Avenue Mainroom. The bill consisting of DBT and their opener Lilly Hiatt packed […]