Howdy Austin. It’s good to see you. After a long trek into your city, I am stoked to be providing a little coverage for this happy little music festival referred to as SXSW.

Fellow TCM writer Jack Campbell has been taking the reins covering the last two days of the SXSW Music Festival. And while two days may not seem like a long, arduous time to SXSW outsiders, two days have whipped Jack into a hardened veteran at this point. And he’s got the blisters and Aleve to prove it. I didn’t realize it until I got here – but the festival is absolutely huge and will knock you around if you don’t pace yourself and give yourself plenty of time to rehydrate.

However, being it was my first day, I woke up stoked to get the ball rolling. When I first stepped foot on the festival grounds, I couldn’t possibly size up what I was up against. SXSW takes up the entire city of Austin, and it is impossible to cover everything you have lined up for the day. And not only is this my first time attending SXSW, it is my first time in Texas altogether.

While walking around, I was instantly greeted by warm, humid air — a welcome departure from the cold shackles of Minneapolis’ wintery grip. At first glance, I kept thinking to myself, gosh I don’t feel like I am in Texas… But what is being in Texas supposed to feel like? Probably anything but my stereotypical idea of armadillos and scorpions swinging lasso rope around tumbleweeds and everything being super sized.

In order to tackle the girth of the festival, I decided to download the SXSW official mobile app to try and build somewhat of a schedule for my day, but I was completely overwhelmed with the amount of options I had to choose from. So I selected a few “must sees” for the day and let the rest fall into place. One artist that was on my must see radar was blues and rock band Reignwolf. I have known about Reignwolf for quite sometime now, but have never been able to catch them live.

Founded by lead guitarist and frontman Jordan Cook, Reignwolf is a grungy, (and in my opinion) vastly underrated  powerhouse in the blues scene. Reignwolf showcased as part of the Austin City Limits Bloody Mary Morning. Admittedly, while I have never had a bloody mary before, I could not pass up the full (and free!) bloody mary bar. After spending 20 minutes in line waiting to build my drink (which seemed more like a lunch at this point), I settled in for Reignwolf. Even at 1:00pm, there was a healthy crowd in attendance.

When Reignwolf’s Jordan Cook took the stage, he poured every ounce of himself into his performance. He was loud. He was all over the stage, jumping around and getting in the crowds face. He could sing and he could shred. And he was going to make damn well sure the crowd remembered his name. Festival goers in the front row may have properly had their faces melted off. Reignwolf’s set was the perfect showcase of an old skool blues attitude. 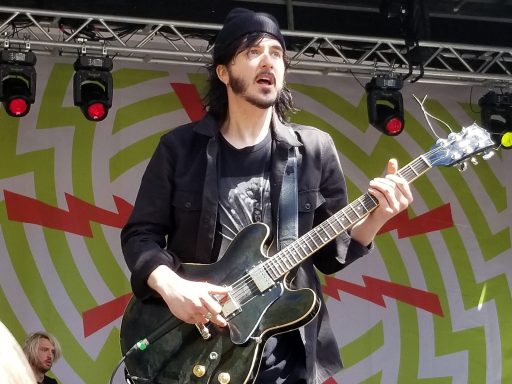 After Reignwolf’s set, I meandered around 6th Street checking out the hustle and bustle of the town. So many shops, things to do, places to see and things to eat. It’s an experience all within itself. People were flocking around like stray cattle, and the sidewalks ended up being incredibly cramped towards the end of the night. After I took a break from walking and got some dinner, I made my way over to the historic Mohawk Bar to catch singer-songwriter Ben Kweller.

Kweller usually plays with a couple more musicians and a piano, creating a powerful but low-key performance. However, he left the piano at home for his performance at the Mowhawk and played as a three piece band. He was all rock and awe, leaving me with a grin from ear to ear wondering how the hell I have never managed to see this guy live before. He was an absolute treat and so entertaining. I can’t wait to see him again hopefully soon. 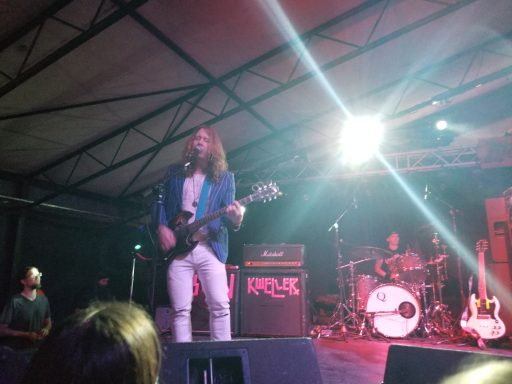 What happened after Ben Kweller was a happy accident. My friends had all made their way over to see Car Seat Headrest who were playing just two blocks away — a show I originally thought was going to be an “artist only” event that I could not get into with my not so fancy pink music festival crew wristband. I however, was feeling bold and gave it a shot, and somehow, I had no problems getting in with my credentials. When I slipped in, I managed to score a spot near the front — yes! This was a great moment in my night.

Not knowing what to expect, I was floored by Car Seat Headrest’s set. They were so sharp and on their game, I was mesmerized the entire set. Lead singer Will Toledo’s voice echoed through the air and captivated the crowd in a blissful stupor. And the crowd was absolutely loving it, jumping up and down giving the band the high energy they were delivering back to them. 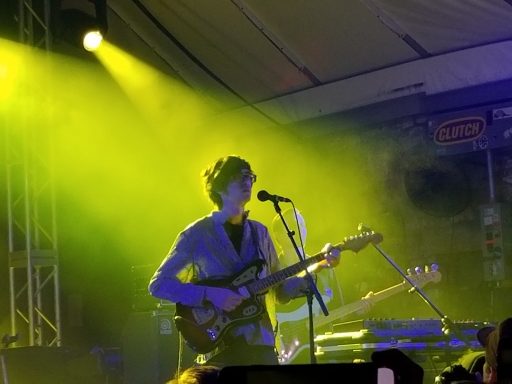 With a full day of SXSW under my belt, the bridge of my nose a little sunburnt, and legs aching, I can’t wait to get up and do it all again tomorrow. Stay tuned as the adventures continue!

March 27th, 2015 — I often feel a looming generation gap when it comes to music. Being a high school senior in the 80’s, it was such a cool time for various types of music. Seeing […]

It’s time to kick the holiday season off with sounds of the season. There is no better way to do this than to take part in an inspiring, intimate concert filled with classic holiday music […]