93X presents, for the first time ever, the 93X Rock N’ Ride Fest at the Cabooze Outdoor Plaza on Saturday June 8th. You don’t want to miss this top trio of band which include headliners Steel Panther and Pop Evil, plus ONE, The Only Tribute to Metallica. The 18+ show will be held rain or shine and gates open at 4pm, with live music from 5pm – 10pm. The other big part of the event is a special custom-curated Harley-Davidson Bike Show from 4pm – 8pm. There will also be bike accessories, tons of food, and plenty of beer, including Brotherhood Beer. Buy your tickets HERE.

For the uninitiated, Steel Panther was formed in 2000 and is Michael Starr (lead singer), Satchel (guitarist), Lexxi Foxx (bass) and Stix Zadinia (drums). Hailing from Los Angeles, the epicenter for rock n’ roll in all its debauchery and glamour, Steel Panther has established themselves as the world’s premier party band, melding hard rock virtuosity with parody and criminally good looks.
With three full-length albums, touring across the world, platinum-level YouTube status and high-profile television appearances such as Jimmy Kimmel Live!, Larry King Now, and FOX NFL Sunday, the band is currently finishing work on their next album. They are working with producer Jay Ruston and hope to have some new material released later this year. They also are hard at work on their popular Steel Panther Television shows on YouTube: Cineminute and Science Panther. Of their previous studio album All You Can Eat, Rolling Stone avowed, “There’s a reason Steel Panther have transcended their origins as a cover band playing the Sunset Strip,” while Metal Sucks declared, “Steel Panther’s concept is genius…their songwriting is…preposterously snappy – and relatable.”

ONE… The Only Tribute to Metallica

ONE… The Only Tribute to Metallica, was established in 2008, in their hometown of Minneapolis, MN. These four horsemen have expanded from the Twin Cities and brought North America an amazing national level touring tribute to the biggest hard rock and heavy metal band of all time. Unlike the other Metallica tribute and cover bands, ONE focuses explicitly on the audio and visual aspects of a LIVE Metallica show. Their catalog consists of over 60 songs from their early garage band days up to the legends that they are today. ONE’s stage show is a memorable one that fans will remember from the 80’s and 90’s. Theatrical thrills that have been encompassed into a full arsenal of pyrotechnics, stage props, and some rare early days memorabilia and signature instruments will keep fans coming back for more. This is not your average tribute band. ONE has played with many large national acts on a number of festival and amphitheater stages. Members of ONE have not only worked as part of the crew , but have also been fortunate enough to jam with Metallica on their main stage!  It’s time you experience ONE once and for all – and the rest will be history! 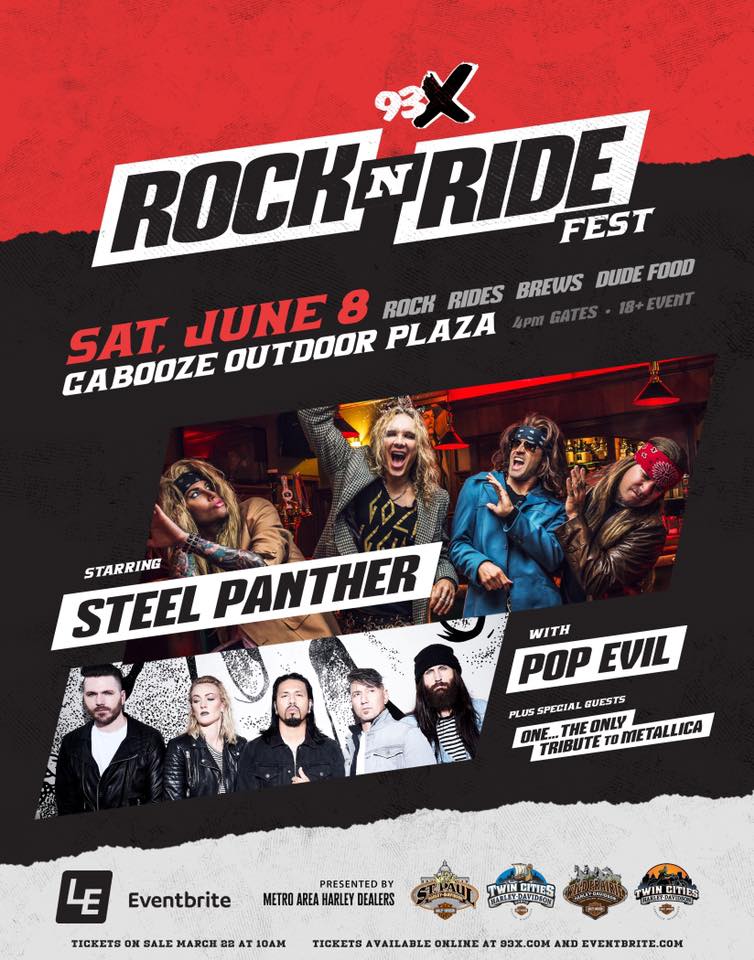 There has been a lot of hype surrounding Hobo Johnson & The Lovemakers lately (or more specifically, just Hobo Johnson). I had never heard his music and honestly had no desire to until I saw […]

Get Silly With Koo Koo Kanga Roo 12/15 at Amsterdam