Recently, I had the chance to catch up with Minnesota rock legend Dave Pirner of Soul Asylum. The band will be playing with Three Doors Down and Collective Soul at the newly remodeled Armory on July 26. Tickets are available HERE  Pirner discussed the tour, re-issues and stories from the early days.

You are on road right now with Three Doors Down and Collective Soul as part of The Rock and Roll Express tour.  How has it been? Have there been any memorable places or moments yet?

Aaaaaaaah nope (laughs). We’re four or five shows in. It has established itself well.  You play the show then drive through the night to the next amphitheater like place. It’s kind of like Groundhog Day.  But we are just starting to get to know the other people we are out here with and starting to get acclimated… to the weather (laughs).

You’re playing the newest major venue in town, The Armory. Is it exciting to play new venues in your home town?

Well, I have not seen The Armory since it has been revamped. To the best of my knowledge I went to a couple of shows when they refurbished it years ago.  And yeah, I am excited because I remember hearing about this project a decade ago. I thought it kind of bit the dust. I had given up on waiting. But I am really excited to check it out. I saw The Police there. That was a great show.

You guys are big First Avenue fans. I even bought a T-Shirt with the First Ave logo on it, but it said Soul Asylum on it instead and the back had all the times you guys played the venue. What has this venue done for you in the past and what does it still do for you today?

Well, it was always the place that had good shows and it was the place where we always hung out. We started out playing in the (7th Street) Entry and very gradually graduated up to the Mainroom. It has always been, I don’t know, home as far as a venue goes. It is always a place that feels familiar.  You are going to see some familiar faces and you know that everything works. It is our old stomping grounds so to speak. 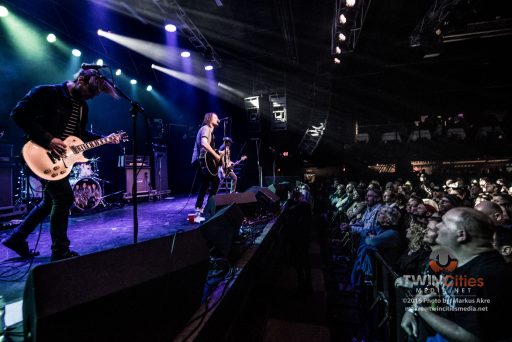 Over the past few years Soul Asylum has played some big events here in Minnesota such as the Super Bowl party on the Nicollet Mall, Twins games and the Wild’s Stadium Series game. You guys seem to have a knack for playing outdoor winter shows. What was it like playing those special and iconic events? Are you a sports fan?

I’m not particularly a sports fan. I mean I did grow up playing hockey. There is always a little bit of a thrill for a boy to walk out onto a baseball field, I think. I don’t know what it is or why but it’s cool. You walk out onto this big field and think: “Wow, this is what it is like for… baseball players”.  It has a certain something to it that brings out the boy in you. But the events have really nice people that know what they’re doing. We have never had a negative experience with things like that, everyone is always in a jovial way.

You are known around here as a champion of the scene. You still make it out the shows and you are still supporting local bands. Are there any local bands you have been listening to?

Well you know, I am a fan of anything the Westy’s do (Run Westy Run). Kraig Johnson and The Program just released a new album and it is great! I just saw Trampled by Turtles who were also great. There is this band called HIVE who practices next to us. I have never seen them but they bleed through our practice space wall and sound great! They are a punk band.  Every time they start practice we look at each other and go “Holy Shit!”

You are re-releasing 1984’s Say What You Will… Everything Can Happen and 86’s Made to be Broken with Omnivore from the Twin Tone years. Where did this idea come from and are you excited to see those albums hit the new releases stands again? (Available July 20th, 2018)

There seems to be some resurgence of vinyl, which is exciting. I’m not really sure if it is a logical thing to do or if someone just spearheaded this thing, like Pete Jesperson.  He certainly has a lot to do with it. He made me feel inclined to do it. He was there the first time we made those records so I knew I was in good hands. Pete knows what he’s talking about. He had to talk me off a ledge a couple times because we are just putting out some crazy outtakes.  We left these off the records for a good reason! Why would we put them out now? He convinced me that it is charming and an historical document. It is something that shouldn’t be taken too seriously. It’s fun and almost like an origin story. 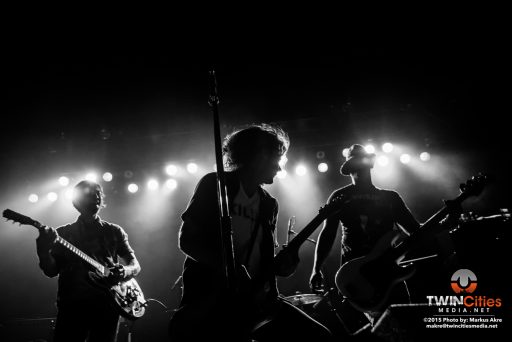 I am a huge fan of both records.  In those years Soul Asylum was predominantly fast and raw. However, there is going to be a cover of Creedence Clearwater Revival’s Bad Moon Rising. Are you a CCR fan and have they inspired you over the years?

Oh yeah, I fucking love Creedence. It’s just a part of growing up. I don’t know, there is something that really makes them stand out as not just part of a Stones’ and Beatles’ world. For exploring rock, Creedence sort of seems to come from a different angle. They certainly were a good one. I always saw the ad on TV for their Greatest Hits record they had put out. It was the first time I had ever seen anybody in leather pants and a flannel shirt… and their Kustom amps. Yeah, I love Creedence. I’m a big fan.

I have always had a rule that if some doesn’t like Credence you can’t trust them.

(Laughs) That’s probably a good rule to go by.

In 1984 you signed with Twin Tone after opening for The Replacements. That would have been their Let It Be era; the last album they recorded with Twin Tone. How did it feel climbing aboard the label that held the best bands in the Twin Cities? What was going through your head at that show?

It was big. I mean it was all we really had to shoot for. We never thought about anything else. It’s where it was always at. It’s where we kind of dreamed about…being on Twin Tone. So, we were opening for The Replacements in Madison, Wisconsin and Pete Jesperson was there and he signed us to the label. I just remember being very thrilled about it and thinking: well this is as far as I am going. It is far enough for me! I’d made it as far as I was concerned. 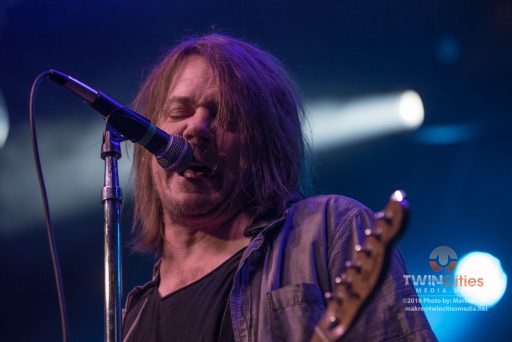 Did you connect with any of The Replacements while you were there? I know Tommy Stinson came in and played bass on Soul Asylum’s record Silver Lining.

Yeah, he played on all the songs. He was in the band at that point.  He came out on tour with us. But hanging out with Bob Stinson was a rare surprise and a rare situation where to know the legend but to know the guy was a whole different story. Yeah, I miss him. There was a lot of tomfoolery and hijinks, debauchery and craziness. We held our own (laughs).

The first two Soul Asylum records were produced by Bob Mould of Husker Du. What was it like sitting in the studio with someone of that caliber? Have you been working with him on the re-releases?

No, it is mostly just Pete (Jesperson). I was walking down the street with Bob and he said: “You should let me produce your records” and I said “What’s a producer?” So, I was like sure why not?  I didn’t really understand what the gig was. It was nice to have a band that has more experience and who really is along for the ride and loves the environment. And it’s an acquired taste, the studio. But I am very comfortable in the studio and I always kind of have been. It was good. It was good to have somebody there that was coming from the right place, I mean it was the guy from Husker Du!  By that time, we had played shows and were friends.

I have one more question for you. What’s next for Soul Asylum?

We got a bunch of new songs that we are honing and tweaking for a new record. I’m going to try and survive this summer tour and go get some more gigs. That’s kind of the deal.  Just keep playing shows. We intend to do that until we drop dead, as far as I can tell.

Thank you so much for your time and I am excited to hear the re-issues.

No problem, man, have a good one!

The last time I had the opportunity to see Ed Sheeran was in 2013 during his first U.S headlining tour, and I was immediately impressed with his ability to capture an audience with nothing more […]

Every once in a while, I get to see an artist who cuts right through the clutter of other shows and goes to the root of great music. Gaelynn Lea, for me, is one of […]

KDWB has hosted many multi-artists shows such as Jingle Ball and Star Party. The hype for this year’s Star Party 2018 was been growing since the lineup was announced back in April. This is an […]