Long gone is the sweet and precocious star of the Disney Channel’s “Wizards of Waverly Place“. The now 23-year-old singer Selena Gomez who is known for her arsenal of hits, former relationship with singer Justin Bieber — was on full display Tuesday night for her “Revival Tour” stop at The Xcel Energy Center. Gomez’s metamorphosis has now transformed in to a popular young pop star. 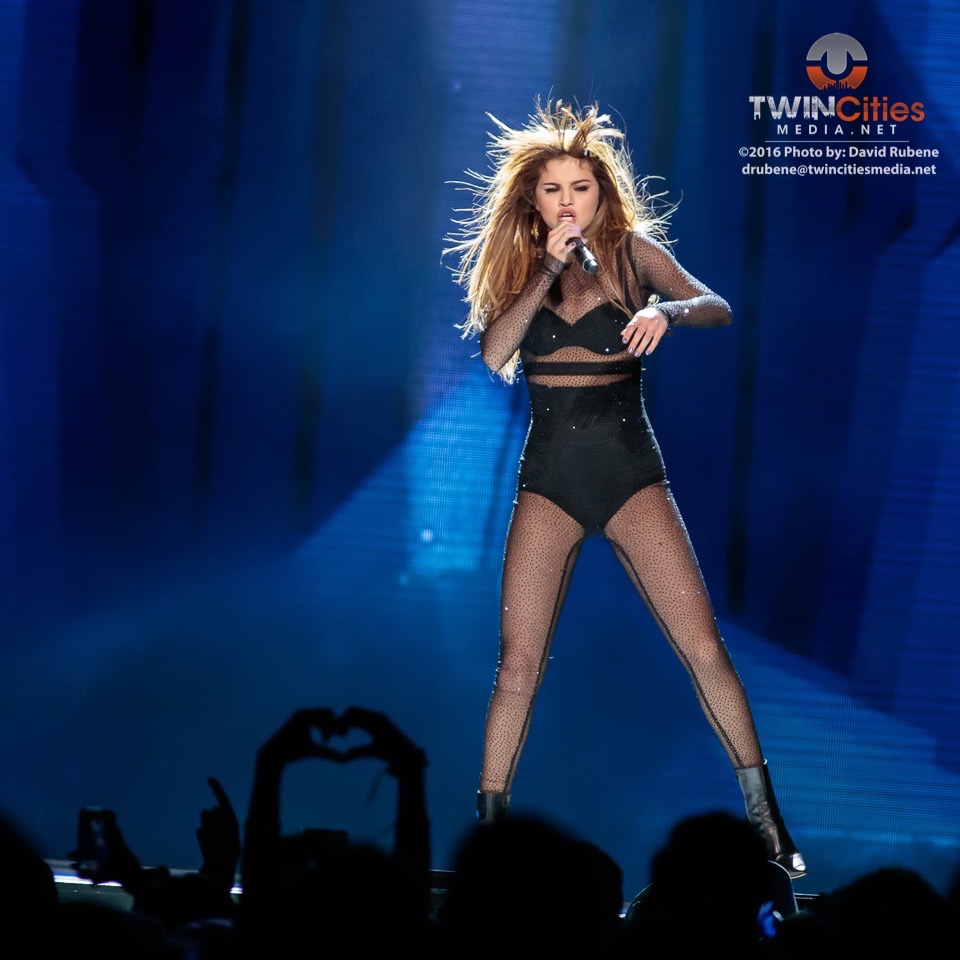 Gomez’s loud launch was a crowd-pleasing affair for her many young fans and their moms and dads, with sing-along hit after hit after hit, but it was her risque outfits and videos that truly took center stage. Gomez’s main choices of costume were the catsuit and one-piece bathing suit, and they were bedazzled with Swarovski crystals and ranged in color from white and flesh to a patriotic red, white and blue. Gomez did cover up early on with a black couture wrap, but it didn’t stay on for long. 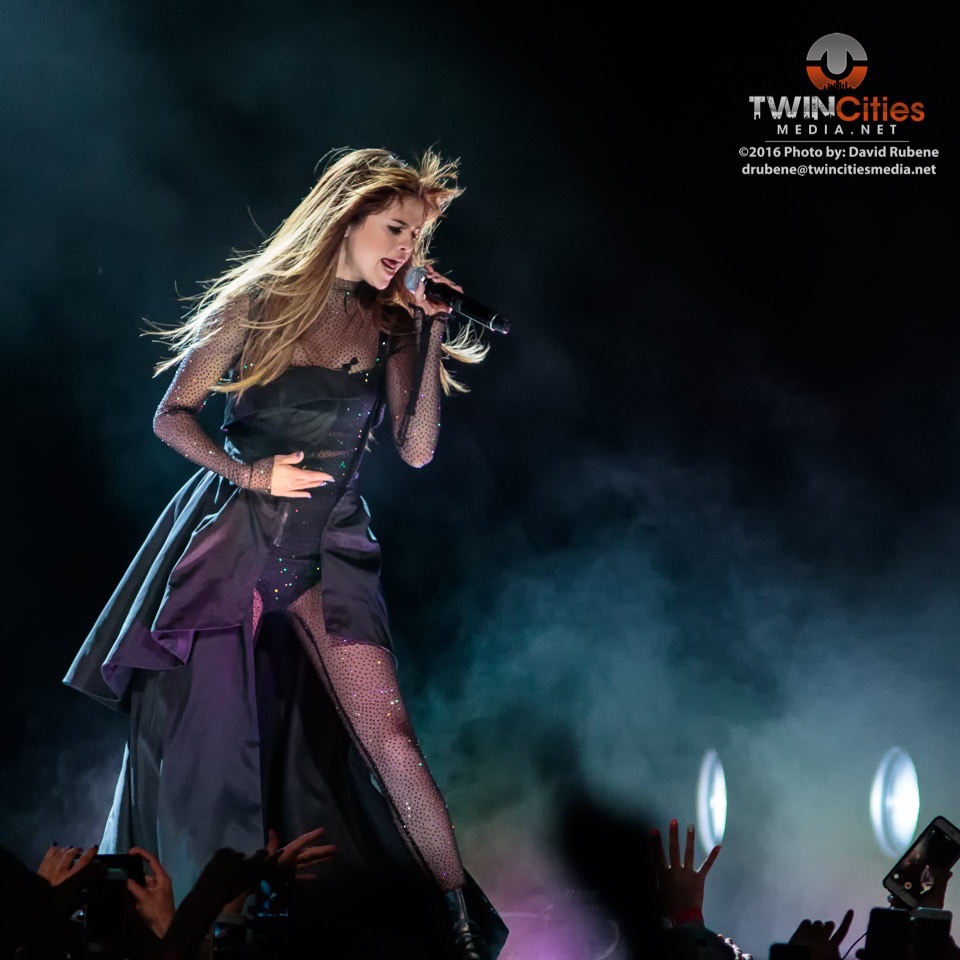 Gomez particularly distinctive voice and top production stood strong throughout her 70-minute performance. This really solidified one key thing, Gomez is a driving pop-music performer and she pleased her fans with a strong show.

DNCE
The dance-pop foursome DNCE, led by frontman Joe Jonas, hyped up the crowd with a high-energy and really fun opening set. Jonas, in a white jacket, black T-shirt and white&black denim, still draws fans with ear-piercing screams. DNCE could have easily been the headliner at The Xcel Energy Center based on talent and crowd reaction.

It was my second time at The Cedar in 3 days and after Monday’s Pop/Fun Fest. Wednesday night brought a more serious note. Vanessa Carlton’s tour promoting her new album “Liberman” Joshua Hyslop a Canadian […]

Night 2 of The Current’s Birthday Party – The Lemon Twigs, ZuluZuluu and more

Photos by David Rubene   Night two of The Current’s 12th Birthday was a night to remember to say the least. One would be hard pressed to find a more eclectic lineup than the five […]

Some nights are exactly what you expect and others are the opposite. I was expecting to roll up to a completely sold-out, packed Triple Rock on Saturday for Nightly and Urban Cone, but rather I […]