My favorite thing is walking into a show and falling head over heels for a musician or band I had never heard of prior to the show. After an experience like that, I typically write something about how I will be keeping an eye on that artist’s calendar and will drop everything just to experience their music again. Some people think I’m full of crap when I write that but I’m definitely not and that’s the reason I found myself at The 7th Street Entry by myself last night instead of at The Varsity Theater with my metal family to see The Devil Wears Prada.

Brian J. Sulpizio kicked off the night as Health&Beauty. Typically a full band, Brian had decided to go out on this current tour as a solo artist. Honestly, the only reason I know that was because I did some research on the group for a little preview I had to do and because I couldn’t help but strike up a conversation with Brian after the show. Had I not done those things, I would have just assumed that Health&Beauty was a solo project because it worked so damn perfectly. Brian’s music was a bit spacey and a bit avant-garde but in a not so strange way. Although there were moments when I couldn’t quite figure out when to tap my toe or how I felt about a certain string of notes, it always came back to a sound that was somehow comforting and warm. There were other songs where it felt a bit like an ode to Pedro the Lion with the somber sound of Brian’s voice mixed with an indie-guitar vibe. Although Brian’s opening set was short, I felt like I had gotten a good taste of everything this man has to offer and it had me intrigued.

Seeing Brian solo instead of with this band first may have been a mistake. His music, voice and overall demeanor just fit to a solo show so well that I honestly don’t know how it would translate into a full band show. There was something very personable yet awkward about Brian’s stage presence that made my typical anxious mind find a sense of calm. I don’t typically talk to artists after I see them perform because of my uncontrollable shyness but there was something about Brian that made me go up and thank him for sharing his music. Our conversation went on and I heard about the last time he was in Minneapolis and ended up playing at a house. He was so down to earth and so very kind that it created this whole other side to his music that I don’t think you would get from a full band. Regardless, it’s only fair that I ended up at this show because I fell in love with an opener and here I was falling in love with the opener. I will definitely be keeping an eye open for a return from Brian and Health&Beauty. 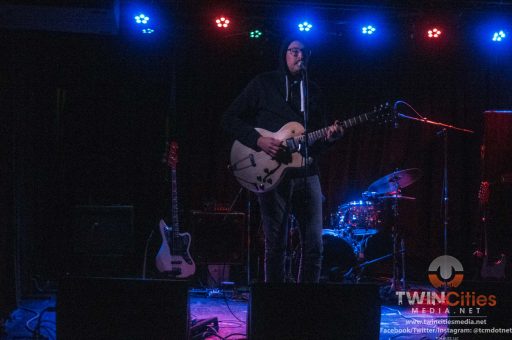 The two band show seemed to be exactly what I needed. This week has seemed to drag on and when headliner Ryley Walker was on the stage by 9PM, I couldn’t help but get a second wind knowing that I may actually make it home and be in bed by a reasonable hour. As mentioned, I saw Ryley Walker open for Calexico a couple of months ago. Although that show definitely wasn’t my scene, I completely fell in love with Ryley’s voice and vibe. “Ryley promised to come back in the fall with his band and you best believe I’ll be in that front row cheering him on”– a direct quote from my post in April. Okay, so maybe I didn’t make to the front row last night and kind of kept to my back corner but I wasn’t going to miss his show for anything.

Ryley has a dark and tortured voice. It doesn’t quite match his talking voice and is a bit of a shock if you’re not ready for it. Although you can hear the pain in it, his voice is soothing and goes down like a great bottle of wine. It’s calming but not the put you to sleep kind of calm, more the making you find peace kind of calm. Last time I saw him it was just a solo act so his voice and a guitar was all I got but every with a full band behind him, there’s no denying the power or talent in his voice. The band was a nice addition. They four members (including Brian, the opening act, on guitar) added an element of creativity. Much like Brian’s music, there were moments where the instrumentation seemed a bit more avant-garde than I had been expecting.

“Are you experimenting with music back there?” Ryley asked his drummer as he hung a string of chimes from the cymbal after having them in his teeth for half a song. There was an informality about the set and the connection between the band members was beyond perfect. Although the songs were clearly written with parts and notes, there seemed to be this sense of creativity like the band members were allowed to do whatever they wanted as long as it made sense. Since I don’t know much about Ryley or his music (literally just love watching him perform) I’m not sure if some of the parts performed last night were actually part of the music or improvised but I loved the way the musicians made it feel fun and genuine.

I could have gone to The Varsity Theater and seen The Devil Wears Prada, a band that always kills it, with all of my friends but I had fallen in love with Ryley Walker and didn’t want to miss a chance to see him. Don’t be afraid to go to a show alone or go to a show that isn’t the “it” show that night. Go see what makes you happy and what makes you feel. Last night definitely made me happy and made me feel all the feels. 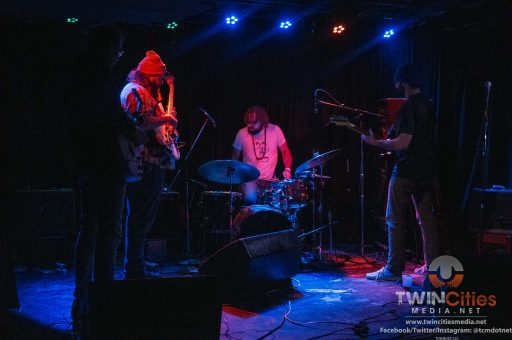 I’ve been going to Jingleball for three years now. I used to make fun of it but now that I’m older and completely out of touch with the youths, I find it a good time […]

After an eventful weekend spending quality time and making memories with family it was back to the commotion, but for the start of the commotion I couldn’t have been any more excited. I had been […]