In just one week, Rock the Garden will return to the Twin Cities. Every year since 2008 (and a few sporadic times before that,) the Walker Art Center has worked with 89.3 “The Current” to put on an indie music festival, and this year’s genre spanning lineup is one for the books.

Rhymesayers’ deM atlaS will be bringing some soulful, high energy hip hop to the stage. Har Mar Superstar and Sabrina Ellis will be performing as Heart Bones, landing somewhere between doo-wop and electro pop. Australia’s Courtney Barnett, with her poetic and politically charged indie-rock, is a highly anticipated performer. And, of course, headliners The National are an act not to miss! They have a new album out that has only furthered their already critically acclaimed career.

One of the best things about Rock the Garden is that the lineup is always full of great music, but it’s not so big that you have to miss anything. The two stages are positioned just far enough that no sound leaks through, but close enough that you can see at least a part of every act of the day.

You can still get tickets HERE! 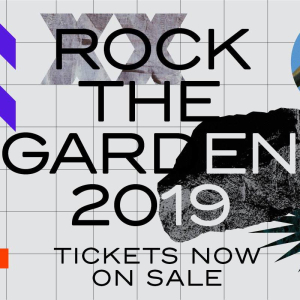