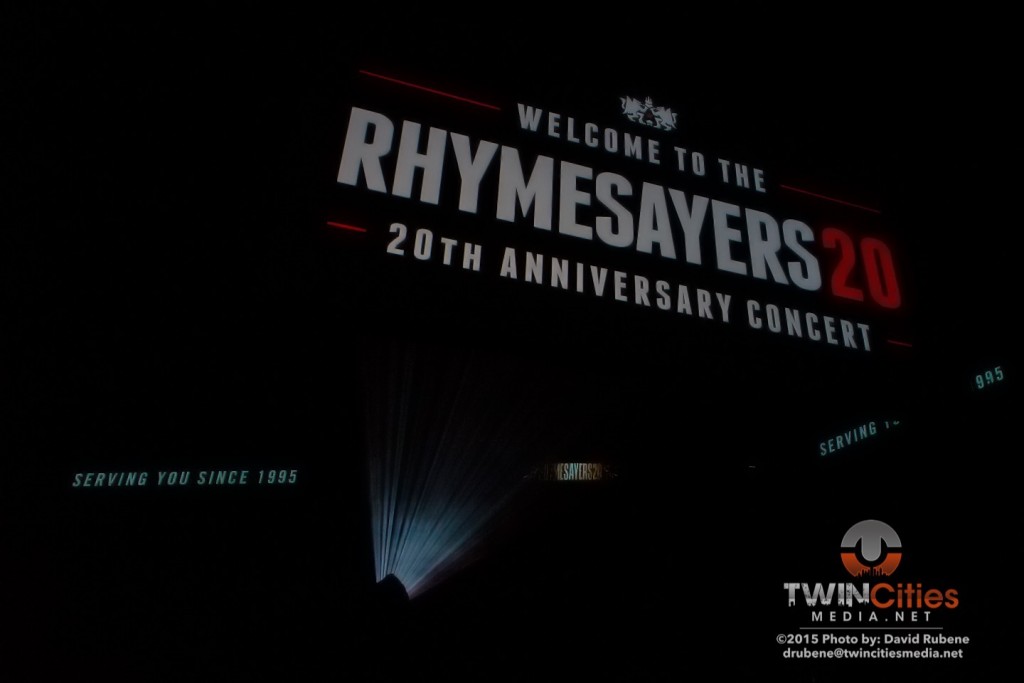 Rhymesayers Entertainment orchestrated a 20th Anniversary Show that will go down in history as Minneapolis’ largest hip-hop event ever. Fans traveled from miles around (some as far reaching as Ohio) to celebrate the hip-hop institution’s 20-year anniversary in the sold out Target Center. 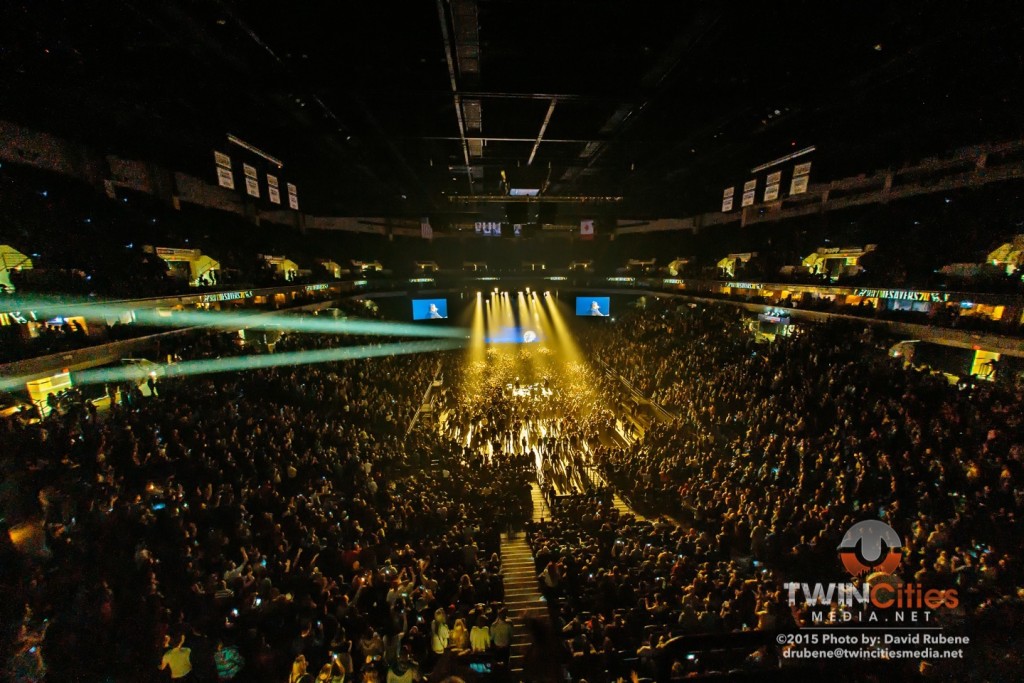 Touting a stacked lineup of over 25 artists, the show had to do things a little differently to keep an audience’s attention for such a long night. Each artist had a short four or five song set which gave the artists enough space to play their hits and show off their style. As one artist wrapped up and said their farewell, the next artist made their way onto the stage. In a true big show fashion, the indie rap label co-founders (Slug, Ant, Sab the Artist and Siddiq) were even seen on stage as the night unfolded. The event began promptly at 5pm and lasted past midnight. With so many artists on the bill, the short set times and nonstop music kept everything fresh and exciting all night. The comfortable atmosphere made the Target Center feel more like a huge block party. Artists like Toki Wright and Prof roamed around the massive stage, and often dipped into the crowd which really made a solid connection with their fans. 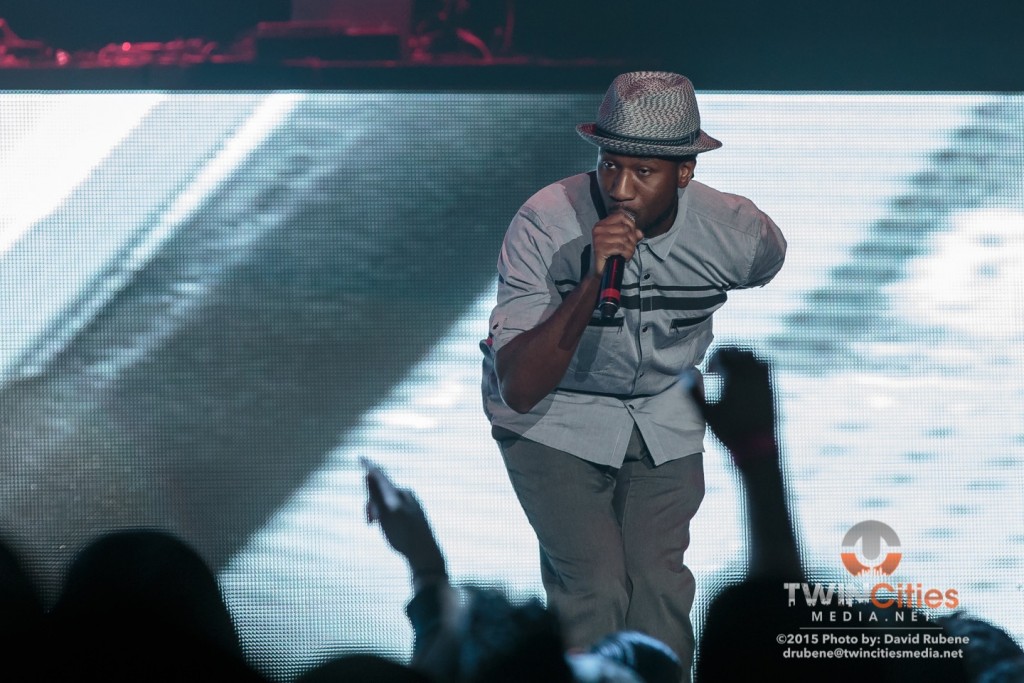 There were countless Twin Cities shout outs and towels being whipped around, but the night took a turn when Grieves took the stage with a pumped up, high-energy set. Large inflatable dinosaurs and sharks could be seen floating around in the crowd and in front of the stage. Even a nice confetti burst covered the crowd as Grieves finished his set. If this was any indication of what the remaining artists had in store, the party was going to rise to a new level. 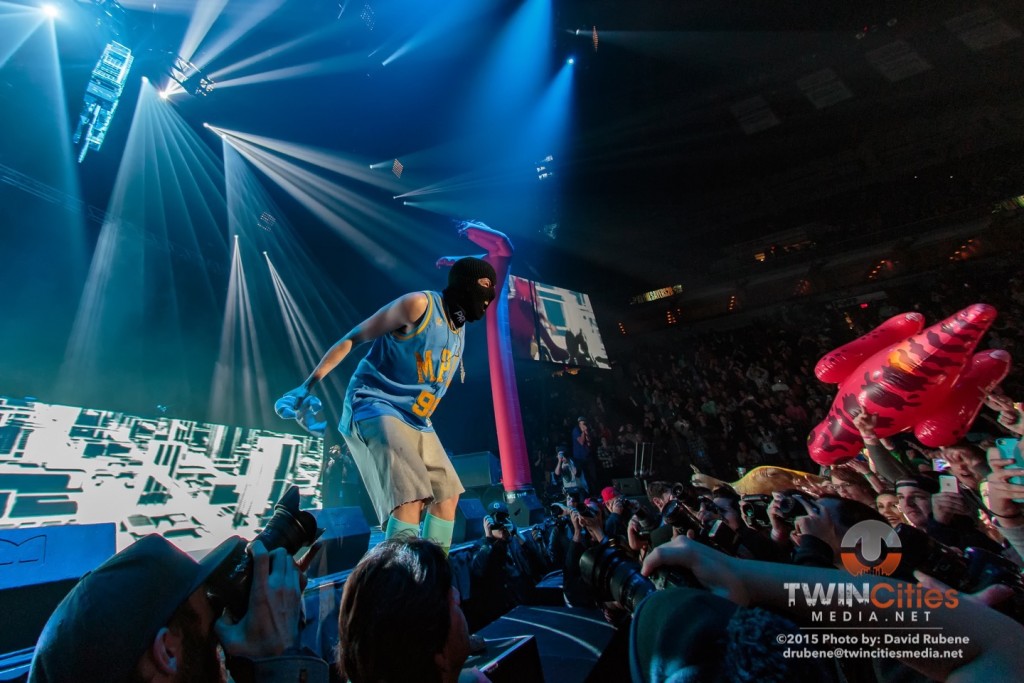 The DJ presence ramped up and the celebration shifted into an all-out banger, a ‘Celebanger’ per se. Soul Position (ft. RJD2) and DJ Abilities stole the stage with a heavy dose of true scratching, something not heard in a long time. It is a reminder of what makes Rhymesayers so special and important. The indie label is one of the largest bridging the gap between modern rap and the roots of hip hop. Without being overproduced they incorporate a surprising amount of other genres. Even Funk samples were used left and right in the mix.

The breakdance crew, Battlecats, hit the stage digging back to the early days of breakbeat. Host/performer Brother Ali tore the house down with his spoken word song “Dear Black Son”. Covering a range of tough current topics, Ali’s slam commanded the crowd like a pastor delivering an impassioned sermon. Through the evening, there were many heartfelt tributes to the late Eyedea. This really seemed to strike a chord with the whole venue and reminded us how close knit the Rhymesayers label really is. This event gave the artists a chance to voice themselves on some topics that definitely hit very close to home. 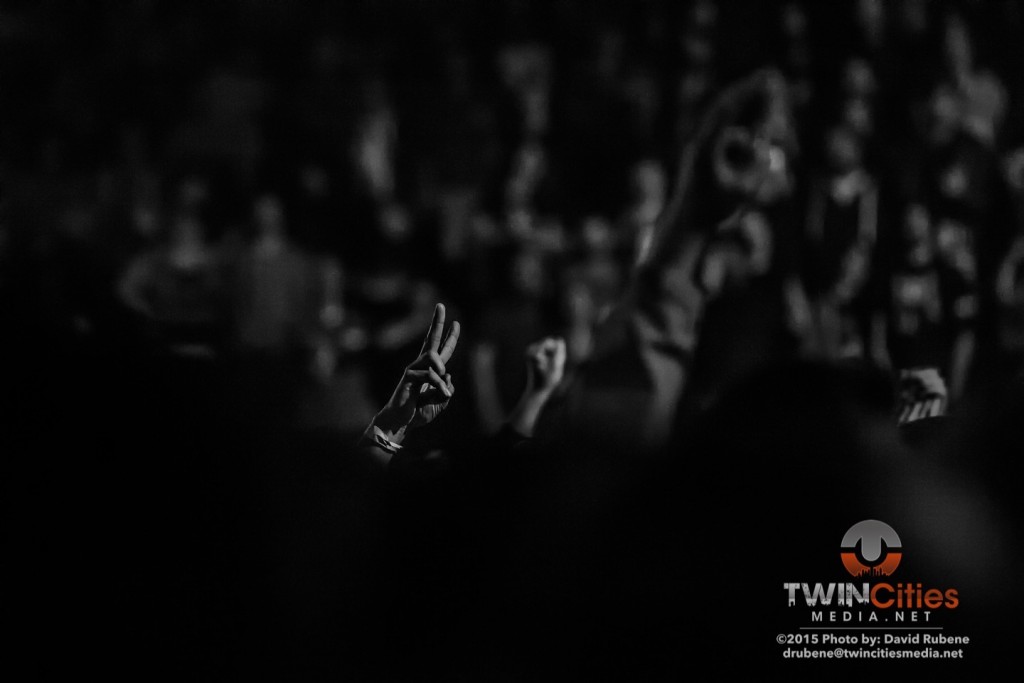 The last set of the night was Atmosphere. It was fitting that cofounders Slug and Ant topped the night with a set that brought it back to where it all started. This set had a classic MC feel, but there were rare moments where you could see how appreciative they were to be playing in an arena in front of their hometown. 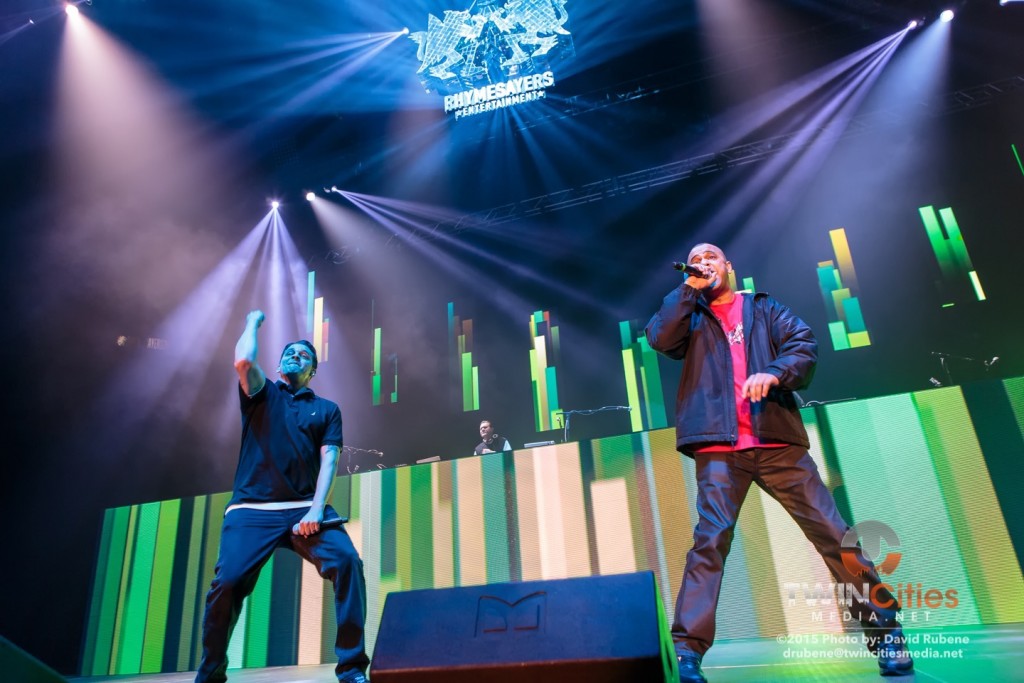 An overwhelming sense of Twin Cities pride drove this concert. The artists had such a respect for their fellow Rhymesayers and showed genuine love for their hometown. Rhymesayers is an institution. While these artists continue to make new music, they are definitely the last true archaeologists for an entire genre.

Monday night turned out to be serious fun at First Avenue, thanks to a quartet of bands headlined by Andrew McMahon in the Wilderness. LOLO Lauren Pritchards aka LOLO just released her EP “Comeback Queen” […]

Four months ago a friend of mine had an extra ticket to a show and I had the night off. Obviously, I took him up on his offer and stumbled into yet another random show. […]

Valley Queen make date night a success at the Entry