Amidst our awful political climate these days, it was nice to see a show and hear some good music. Classic hip hop. All 3 artists were rappers. It was Red Bull Sound Select sold out at Amsterdam Bar. Dizzy Fae was the opener. Right before Smino ended his set, he had the whole crowd holding up lighters/cell phones with everyone singing along. Tiiiiiiiiiip was in the building. After smino’s set, Tiiiiiiiiiip held it down DJing for about a half hour, playing songs- a ranging from the early 2000s to today. While this was all happening I was trying out the drink that was inspired by Mick Jenkins, called the “Get up get down”. It’s delicious. Cognac, peach nectar, ginger syrup, raspberry puree & of course, Red Bull.

The man of the hour, who everyone came to see, Mick Jenkins, the headliner was up next. Mick is from Chicago while being signed to Cinematic Music Group. His theme throughout the night was “drink more water!” Mick Jenkins opened up with “Jazz” It felt like the damn floor was about to cave in. Gotta love the ad libbing in between songs “make some noise if you got THC” After “Comfortable” he had the audience yelling “spread love” what song did he perform next? “Spread Love”. After performing “Angles”  he then stated that the song was about having to see yourself from a new perspective. Look inward and have some self-awareness, you can’t go wrong. The song “Plugged” was next. He emphasized on the importance of love during these times of social injustices He followed that up with “Martyrs” He yelled “are you thirsty!?” and transitioned into performing “Dehydration”. He performed the song he has with Chance the Rapper “Grown Ass Kid” He even asked the crowd “what do y’all wanna hear?” And by popular demand he played “Perception”. So overall, for his last stop on tour it was great show. The sound was good, you could actually understand what the rappers were saying; which always makes it more enjoyable. 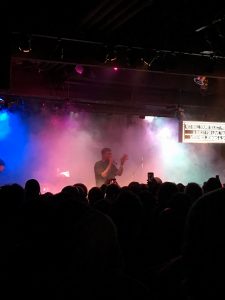 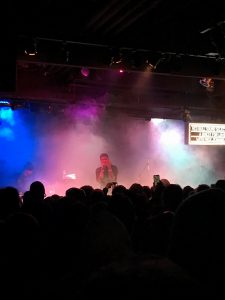 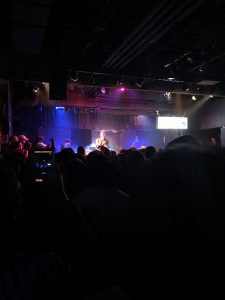 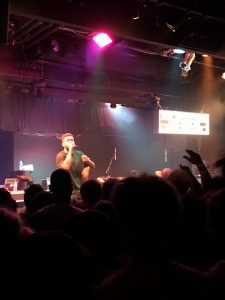 The difference between a band on recording and a band on a stage has always baffled me. Okay, maybe baffled isn’t the right word there but it’s always shocking. There have been times when I […]

Flugtag translates to “flight day”.  That’s a misnomer.  Huge crowds routinely show up for one of Red Bull’s signature events.  But they’re not really there to see the flying.  They’re in attendance for the crashes.  […]