With their sleek yet gritty brand of alt-bluesy garage rock, Toronto-based five-piece July Talk create rock & roll that’s both boldly intimate and wildly confrontational. Each track in the band’s repertoire is a conversation in song form, with singers Peter Dreimanis and Leah Fay trading lines in a lyrical face-off that’s at turns hot- tempered and tender, reckless and poetic. Onstage that conversation warps into beautiful chaos, thanks to the band’s joyfully unhinged, spontaneity-fueled live performance.

We covered July talk in October of 2014 when they were at First Avenue opening for the Rural Alberta Advantage and really liked their music and especially their stage presence.  They are returning this Saturday to headline at the Triple Rock Social Club. Tickets are available here 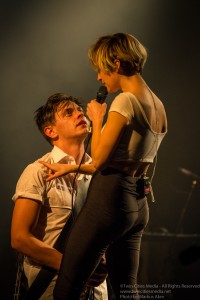 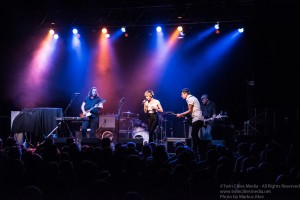 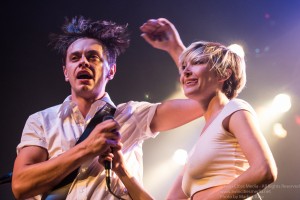 The Meat Puppets Are Taking Over The Cabooze 5/4

Are you too young to have been able to catch Nirvana live? Me too. But I have the next best thing for you. The Meat Puppets will be taking over the Cabooze stage on Thursday, […]

I’m not sure what took more time – Chastity Brown finishing her new album “Silhouette of Sirens” or our schedules to finally match so we would have a chance to cover her. In the end, […]

Ask any of my friends and they will tell you that I’m still living in the early 2000’s music scene. Although I love watching and listening to new bands, there’s an indescribable sense of comfort […]