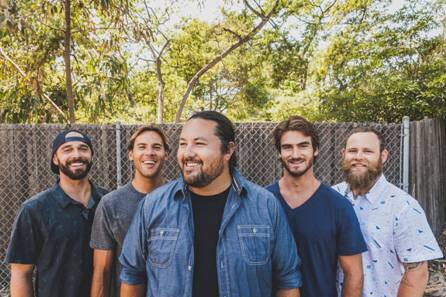 Openers Hirie, The Expanders and Amp Live will kick off the night performance at 6pm. Tickets are on sale now; check www.irationmusic.com for more information.

IRATION continues to tour in support of their latest full-length album HOTTING UP, released last year via Three Prong Records/Caroline. The album’s current single “867” has been steadily climbing up the Mediabase and Nielsen BDS Alternative Rock radio airplay charts. Stations with heavy rotation include 91X in San Diego, CA, KRZQ in Reno, NV, KRXP in Colorado Springs, CO, WRMR in Wilmington, NC, KPOI in Honolulu, HI and KJEE in their hometown of Santa Barbara, CA. Listen to the track here.

It was the name that drew me to my concert of choice on Monday night. I’m honestly not sure why but something about the way Slayyyter was spelled with three y’s just really spoke to […]

St. Vincent Hardly Down And Out Downtown Tuesday Night At The Armory

I’ve been living in a pop world for this latest stint of shows. From local group to Whosah on Wednesday night to the always energetic New Politics on Thursdays and then The Mowgli’s on Friday, […]