Prepare for a full Holiday recovery when Colin Campbell & The C-Notes hit the stage at First Ave 7th Street Entry on December 28th!  The C-Notes are a band of brothers who embody the bright future of hard driving rockin’ blues. They are built around the precocious guitar playing and vocals of Colin Campbell, big brother Cameron on bass and young Evan mans the drums. 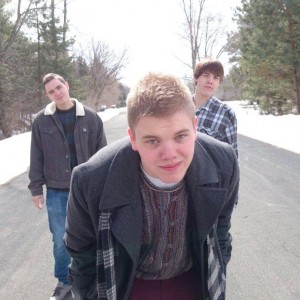 Whether the three brothers are playing rock, straight up blues or something in between, they have been playing together since they were old enough to pick up and plug in.  Their tastes and influences range from Robert Johnson and Hound Dog Taylor to Jack White and The Black Keys.  Hands on mentoring from the likes of guitar masters Jimi Prime Time Smith and Scott Holt have left an indelible mark.  The C-Notes play with an intensity and maturity well beyond their years. In addition to playing, The C-Notes have worked diligently to spread the Blues gospel among the youth of Minnesota. With the successful launch of a camp and organization called Blues U which links young musicians, established pros and local venues to provide training and opportunities, Colin, Evan and Cameron Campbell have played a pivotal role in a remarkable resurgence of young Twin Cities musicians discovering, connecting and playing the blues.

Tickets are still available (click here), so don’t miss your change to see them live!

You read that title correctly.  Agent Orange, Get Dead, and The Libido Boyz will be playing on October 12th to a SOLD OUT crowd at The What’s Up Lounge!  I hope you got your tickets […]

The number of people waiting to get into Target Field on Monday night was impressive to say the least. It’s been some time since I’ve seen that many people ready for a rock show and […]