One of the most fiercely competitive culinary events in the last several year has been Cochon555. It pits 5 teams of chefs and 5 sommeliers against each other in a quest to use a heritage breed pig nose-to-tail. Over 36 dishes will be created. There will also be featured stations including a Ramen bar and a Tartare bar. Last year Chef Thomas Boemer of Corner Table and Revival took both local and national title. 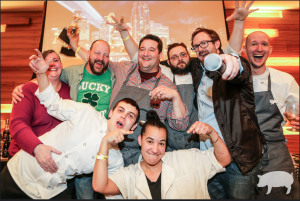