Friday night in Minneapolis might have been cold – like very cold. Like January/February dead of winter. But that didn’t stop one of the hottest new names in pop music PRETTYMUCH from heating up The Varsity Theater. The iconic venue situated in the heart of Minneapolis’ Dinkytown neighborhood quickly filled up shortly after doors. It was an all-ages show so the evening got started a bit early – but that didn’t stop the slews of teenage girls (and not so teenage) from having the time of their life. There was an energy that only the crowd there for a boy band can bring.

Kicking off the evening was fellow rising talent – 17-year-old Gunnar Gehl. Unfortunately due to early set times I only caught the very tail end of his set. However if the screams and cheering were any indication it’s safe to say Gehl put on one hell of a set. There were rumblings of Justin Bieber cover which seemed fitting for the youthful crowd. Gehl is very well poised to be the next name along side the Bieber’s and Mendes’ of the pop world! I look forward to catching him back in the Twin Cites very soon.

Headliners PRETTYMUCH took to the stage shortly after 8:30 to a packed Varsity Theater. The stop in Minneapolis is just one of many stops for the five-piece on their Funktion Tour. But from the moment the quintet took to the stage – it was clear this was more than just another stop of their tour. But rather this was a chance for the band to spend the evening connecting with, entertaining and frankly having a damn good Friday night with their fans. PRETTYMUCH is Brandon Arreaga, Edwin Honoret, Austin Porter, Nick Mara and Zion Kuwonu. The five-piece, while definitely filling the One Direction shaped hole in our hearts is also bringing a breath of fresh-air to the world of “boy bands” and pop music.  Though this group has all the normal makings of a boy band – good looking, great dancers, amazing vocals, there is a freshness and uniqueness to the group that is so distinctly, well them. The group first caught my attention with their infectiously catchy tracker Would You Mind which easily sounds like it could have been a New Kids On The Block track back in the day. PRETTYMUCH’s singles have been nothing but catchy tune after catch tune. They are seamlessly blending elements of, yes of course pop with hip-hop, rap and plenty of Latin flavor for a take that is so perfectly now. For songs with such a high production value I was eager to see how this translated live – and the five-piece did not disappoint. Their vocals were polished, their dancing was on point and they integrated plenty of mixed media and visuals for a set that was interesting from start to finish. PRETTYMUCH played for almost exactly an hour but there wasn’t a moment in the set that the crowd wasn’t singing, dancing or Snapchatting along. There aren’t many sets I find myself smiling from ear to ear but I guess that is the PRETTYMUCH affect. Their music and their set was carefree and fun – exactly what the doctor ordered on a Friday night. PRETTYMUCH’s set exceeded any expectations I had for the evening – and was honestly floored with the production value, polished and down-right fun vibe that made the evening feel all too short.

We hope to see these five back in Minneapolis very soon, at what no doubt will be an even more bigger room than the Varsity. 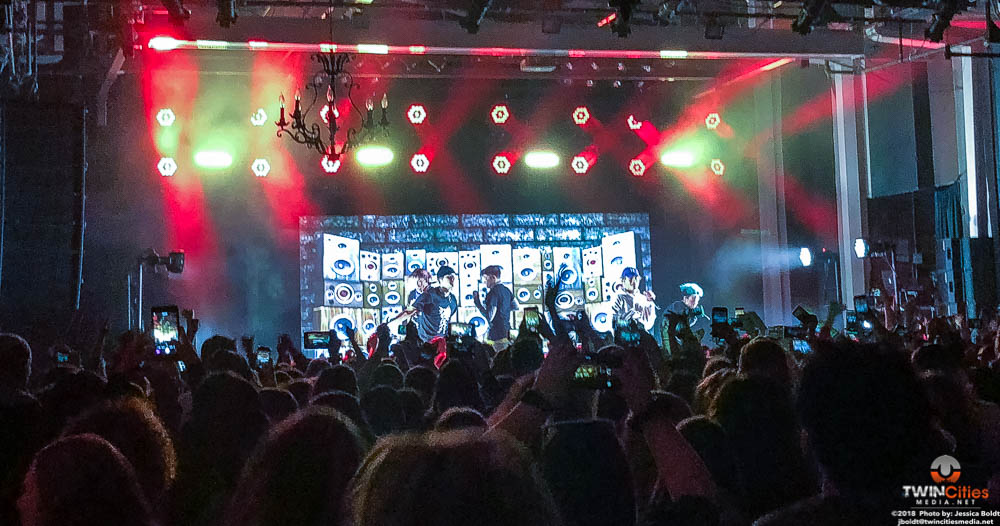 As the week came to a close, I took the journey south from Minneapolis to Mankato to catch Alice Cooper and Shannon Curfman at the Vetter Stone Amphitheater. With the sun dipping down below the […]

When word came down that Tedeschi Trucks band was doing a pair of shows I immediately marked the calendar.  I had previously seen Susan Tedeschi.  Was certainly familiar with Derek Trucks, heir to the Allman […]

Recently, I sat down with VNV Nation’s, Ronan Harris. It was so fun to pick his brain and learn about his creative process. I learned that VNV isn’t just a music project but more of […]