They say that great things come in threes. This could not have been more true for the open weekend at The Palace Theatre in St Paul. With The Veldt and Phantogram drawing a huge SOLD OUT crowd for a Sunday night performance, the venue was in full swing with many getting their first look at the new surroundings and quick grab of liquid refreshments. 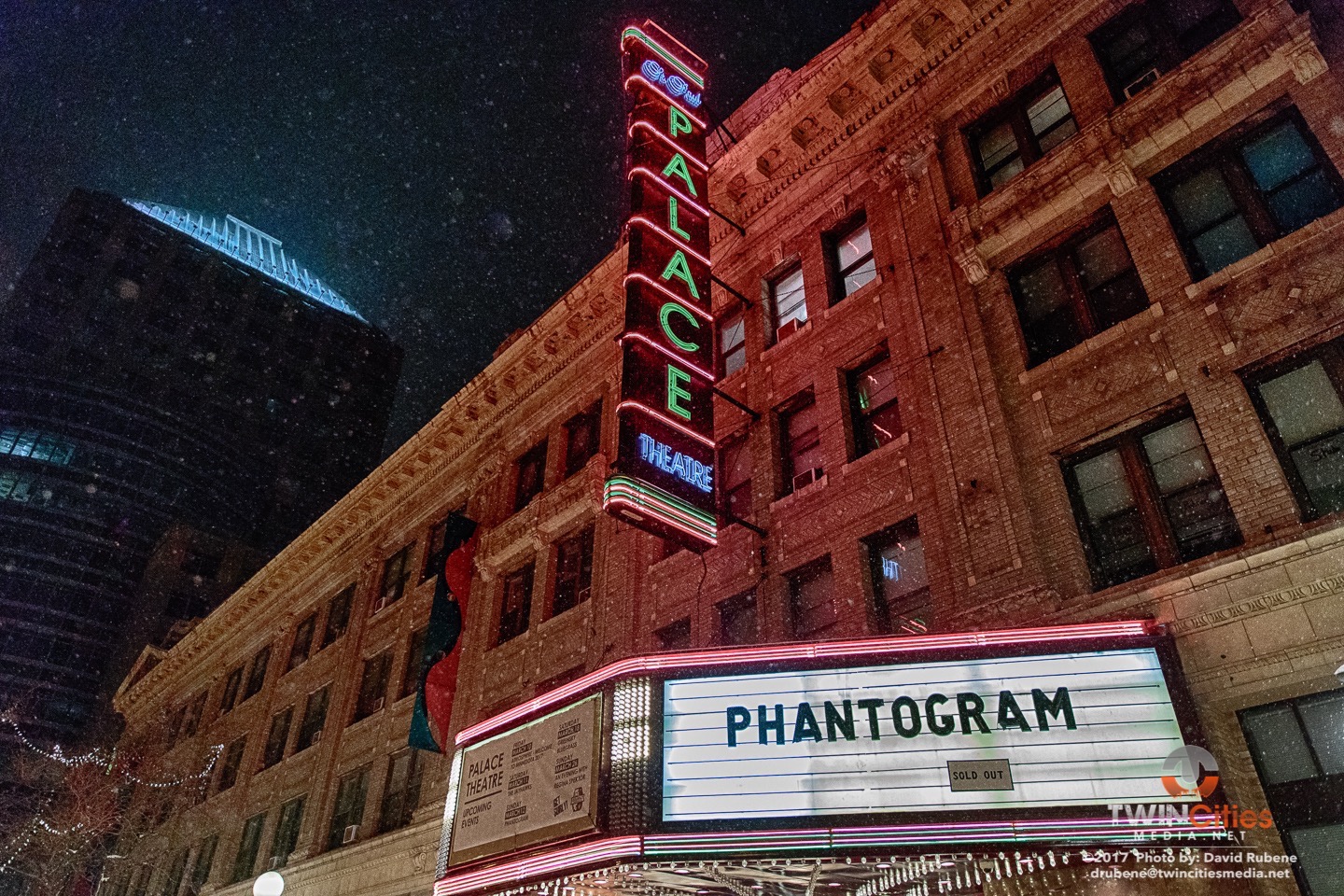 The Veldt kicked off the evening. As the music built up for these 90’s soul shoegazers, the stage lighting added to the sheer emotion of the music. Heavy lights saturated the stage as the band played through the first part of their set. The crowd’s response was overwhelming at times with cheers and many singing along. The sound was clean and loud (but crystal clear). The first half of their set seemed to consist more of their shoegaze sound and switched to a more soulful sound for the second half. Though the set was not long, it was truly impressive.

As the crowd drew closer to the stage, most knew that the time was near for Phantogram to start their set. As the lights dimmed, the sold out venue erupted into a hearty welcome to the band, in anticipation for what was assured to be a fantastic light display married with the many talents of the vocal duo, Sarah Barthel and Josh Carter. Bringing to the stage their signature electro rock, and “dream pop,” the charge given was equally met by that returned from the crowd. Blue lights, smoke machines and strobe lights made for a fantastic ambience into which spacey keyboards, echoes and breathy vocal reached out like tendrils and grabbed all in attendance, and whisked each away on a cosmic journey of the mind with ‘You’re Mine”. “Same Old Blues” received an overwhelming response from the crowd, which carried over into their performance of “Turning Into Stone”.

Fan appreciation was ever present throughout, and even when the mood shifted to a somber, reverent one during “Barking Dog”, one of their many encore songs. There was clearly a collective sharing of the raw emotion, of this powerfully moving homage to a recently lost family member. Showing the talent they possess equally in creating great higher tempo songs, as well as those that are more mellow, one quickly embraces the chance to allow Phantogram to take hold and lead you on a journey of the mind and emotion. Attributing success to “having each other” and mutual love of music, Josh and Sarah show quite well, the ease with which, a vocal duo powerhouse, can not only fill a venue but also blow the roof off.

As I headed out of The Palace, two things were definitely clear … 1.) The Veldt and Phantogram completely rocked the house, and 2.) The Palace Theatre has set a new level of excellence in creating an atmosphere in a venue that lives and breathes a performance experience.

March 27, 2015 — Kevin Bowe and The Okemah Prophets kicked things into high gear and kindly warming the stage for The Magnolias 30th Anniversary show. After a well deserved break from touring, it was […]

Squeeze Threw The Book At The State Theatre Tuesday Night

British rockers Squeeze brought their Songbook Tour to  Minneapolis on Tuesday night. A packed State Theatre bore witness to a deep catalogue of rock and roll history. Born in London in 1973, Squeeze was the […]