When the World’s Loudest Month announced their 2016 Rock festivals, it was great news to see that Northern Invasion would not only be back, but also bigger than last years inaugural season. The upper Midwest has always been a stronghold for rock bands and until last year a festival the size of Northern Invasion was never consistently presented. Based on last years sold out success, Northern Invasion was expanded to two full days. In addition, the lineup of artists expanded as a 3rd stage was added. It did not take long for fans to snatch up tickets at a record pace and clearly sell out prime tickets and camping locations for this year’s Northern Invasion many months in advance. With 42 bands lined up, covering 3 stages, fans poured into the Somerset Amphitheater grounds over the two days. Somerset Amphitheater has been hosting festivals for year’s including Knotfest in 2012 and can handle crowds of 40,000 a day as well as camping and RV sites. With a solid lineup featuring headlining acts Rob Zombie, Disturbed, Lamb Of God, Clutch, Ghost, and Butcher Babies, along with lead up performances by Shinedown, Korn, Baby Metal, Hellyeah, Parkway Drive, and Beartooth, fans were treated to a solid two days of hard rock and screaming metal.

With temps barely reaching the mid-40’s, it was definitely a bundle up day. As the final touches to all three stage setups were completed, the gates opened promptly at 11am. I believe is would best be described as opening the floodgates as fans poured into the festival area. With beer, mixed drinks, and food open for business, fans took advantage of being well hydrated and well fed before the music began (however this was of course a continued action through the day and evening). 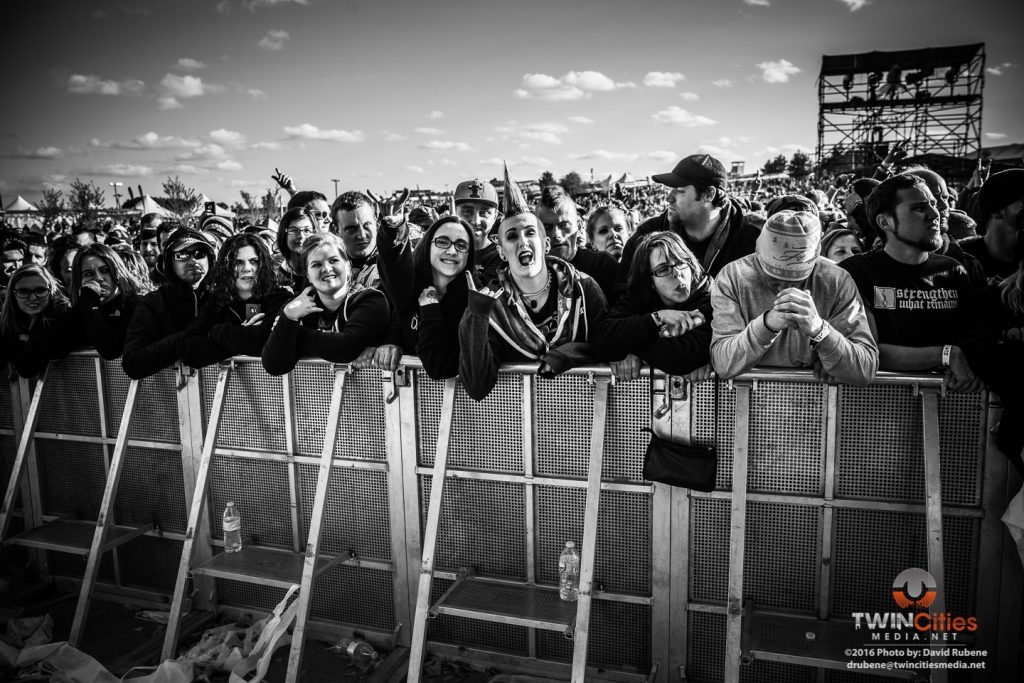 At the witching hour (ok, minus 12 hours), Vaudeville and Second Pass kicked things off on Stage 2 and 3. An hour later, Yelawolf hit the Main Stage hard with an incredible set. Throughout the day fans at Stage 2 saw great performances by Aranda, Avatar, Enter Shikari, Asking Axlexandria, Baby Metal, and a drop dead bad-ass headliner set by Lamb Of God. Fans at Stage 3 saw great performances by Hands Like Houses, Wild Thorne, Devour The Day, Monster Truck, Parkway Drive, and the high-energy set from headliner Clutch. The dedicated fan-base at the Main Stage were treated to amazing performances from Black Stone Cherry, P.O.D., A Day To Remember, Chevelle, Shinedown, and the always evil and incredibly diabolical master Rob Zombie. 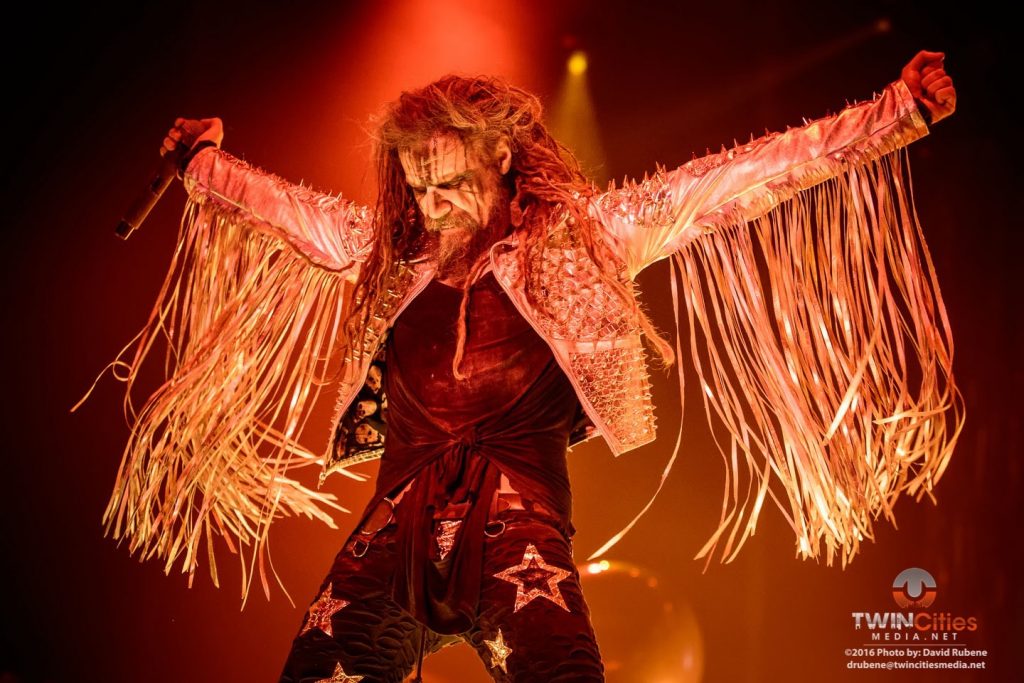 Click the links  below to check out the photo galleries:

The gods of rock n roll looked down upon Northern Invasion on Sunday and granted a very nice, very sunny day. In fact, you could not ask for more perfect weather, with temps in the mid-60’s, the crowd again poured into the festival area at 11am. 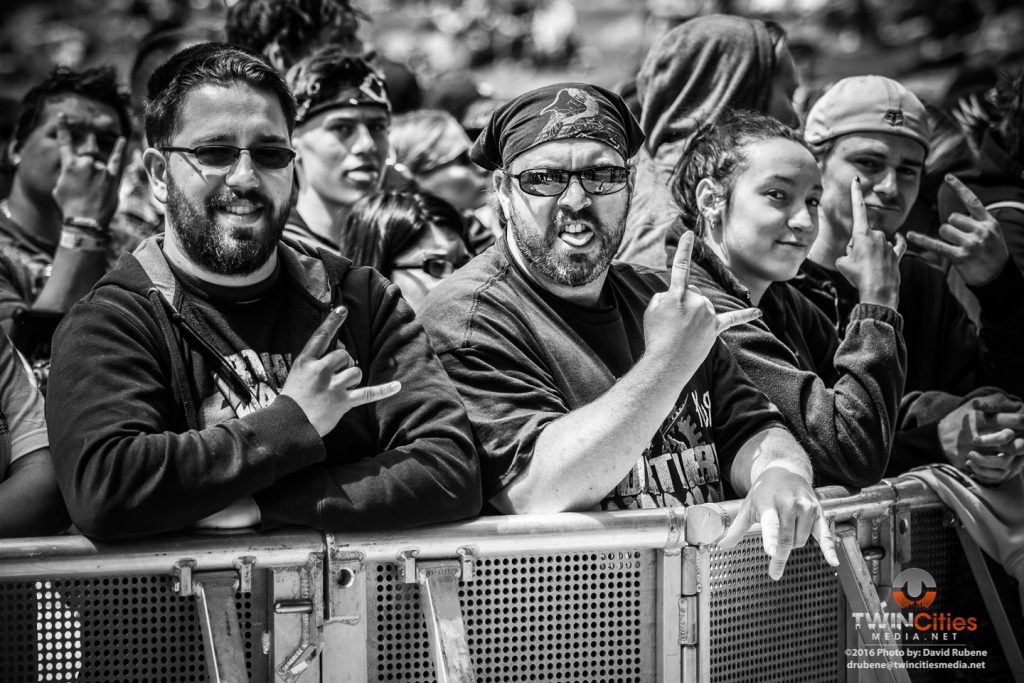 As with Saturday, at noon Stage 2 and 3 kicked off the day’s music with solid performances from Silver Snakes and City Of The Weak, with Sevendust kicking-off the Main Stage at 1pm. Sunday’s Stage 2 line-up included Audiotopsy, Red Sun Rising, Trivium, Saint Asonia, Hellyeah, and headline dramatic presence of Ghost. Fans at the ever popular Stage 3 saw stellar performances from Andrew Watt, Lacey Sturm, From Ashes To New, The Glorious Sons, Beartooth, and the headlining action-packed growling beauty of Butcher Babies. The Main Stage did not cut fans short but produced bad-ass, hard-driving performances from Pop Evil, Sixx A.M., Seether, Bring Me The Horizon, Korn, and a fiery, hard-hitting finale from Disturbed. 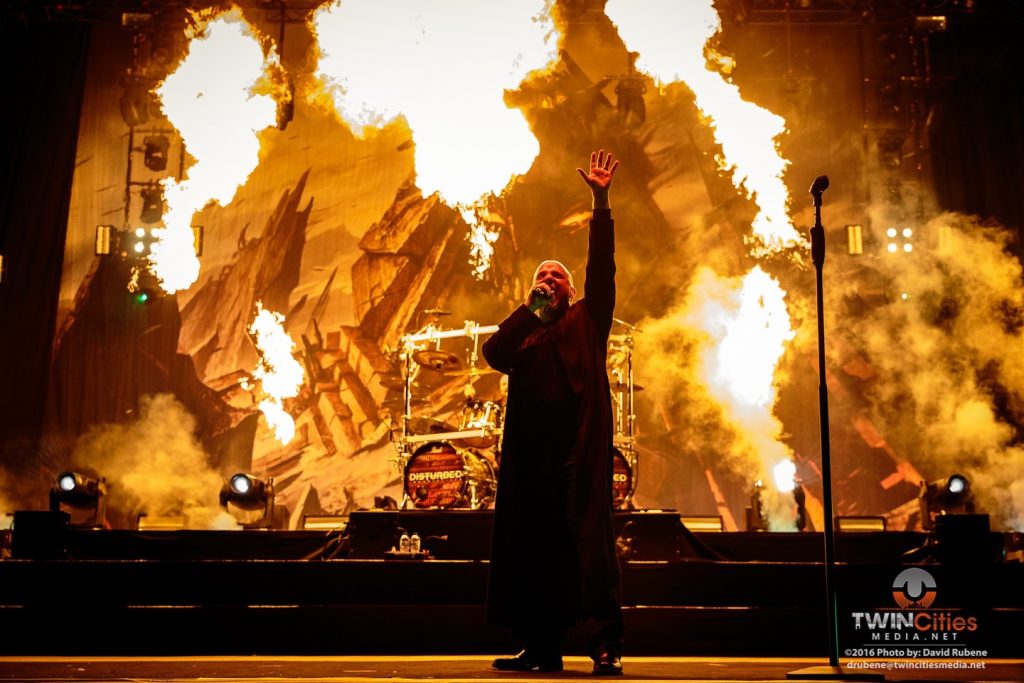 Click the links  below to check out the photo galleries:

The success of Northern Invasion proved once again that fans in the north are hungry for a festival like this. As I looked out several times from the photo pit in front of each of the stages, the sea of fans braving the cold on Saturday and enjoying the warmth on Sunday, it really made me smile with appreciation at the overwhelming success that Northern Invasion has shown in its Sophomore year running. 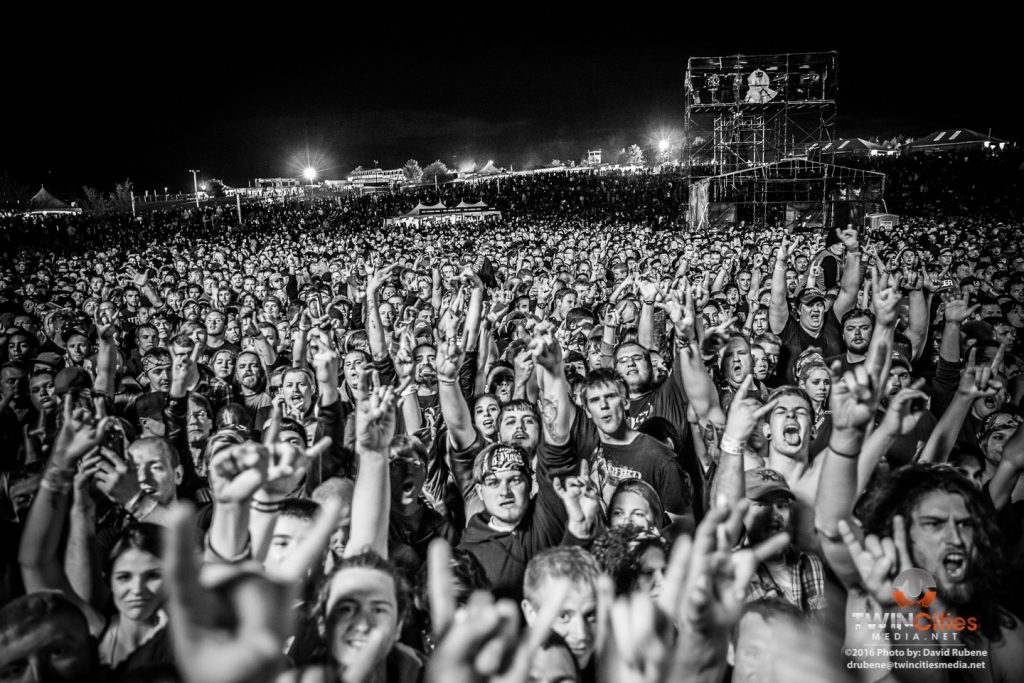 The countdown to Northern Invasion 2017 has already begun. Will we see another expansion to 3 days? More bands? A Stage 4? Like everyone, we will have to wait, but one thing will be guaranteed … Northern Invasion has become an iconic staple in the upper Midwest and the hope is to see it return for many years to come. The invasion is imminent … the great time and success are guaranteed!

Who would you like to see perform at Northern Invasion 2017? Twin Cities Media would like to hear from you. Use the comment section to voice your opinion and be heard.

Corbin and Shlohmo at the Sold Out Amsterdam Bar

If Orin from Parks and Rec and Drake had a love child it would be Corbin (FKA Spooky Black). The St. Paul based artist brought his hybrid oddball r&b meets emo rap meets gothic grunge […]

Things took a turn towards the psychedelic at the Varsity Theatre Thursday night. Welsh cult band Super Furry Animals was in town after a 7-year hiatus. Starting the evening was Detroit’s Mountains and Rainbows. After […]