The packed house at Mill City Nights got a spectacular dose of Danish Death Metal from Myrkur. Myrkur is fronted by the very infectious Amalie Bruun. I believe the crowd did not know what to expect when Myrkus took the stage. However, what unfolded was a solid unique mix between angelic folklore tunes and raw black metal shredding. 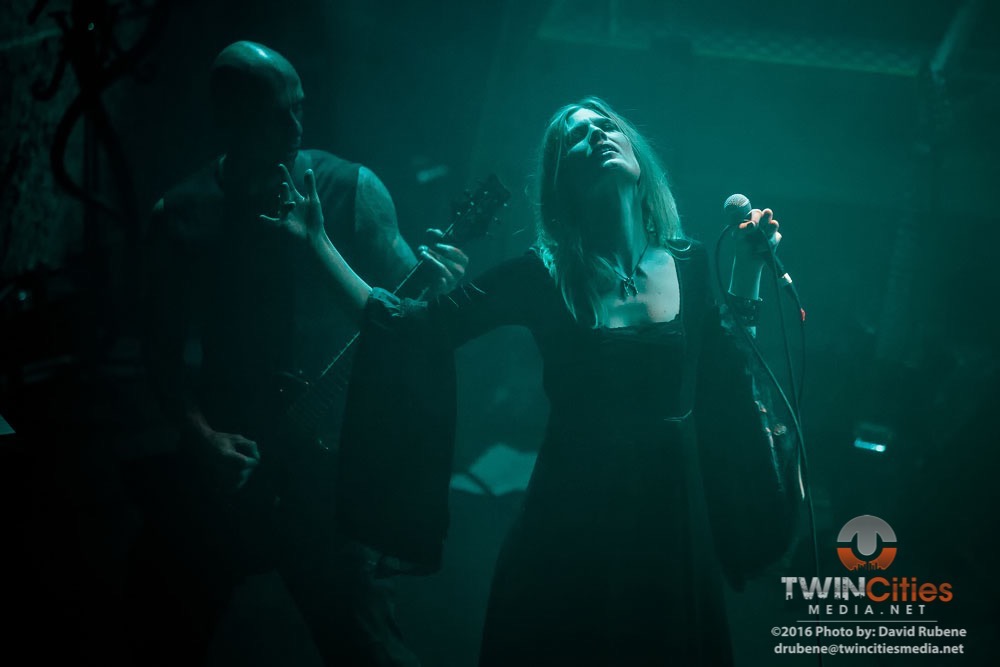 Amalie has a stunningly beautiful voice. This is evident upon first listen to Myrkur’s debut full length M, right from the opening notes of the first track, Skøgen Skulle Dø, but live, her voice is even more impressive. “Stunningly beautiful voice” is not necessarily the first phrase that comes to mind when speaking of black metal, but then again, not every black metal act will pause for a completely a capella number midway through their set as Myrkur did on Saturday night, and very few could make that a capella number one of the highlights of their show. She kicked off the set with Den Lille Piges Død and the crowd was immediately engaged. Though her clean vocals were impressive, Bruun did have two microphones set up onstage, one of which was set up for the more traditional black metal shrieks, which became all the more effective when contrasted with her unfiltered singing voice and traditional folk-style melodies. 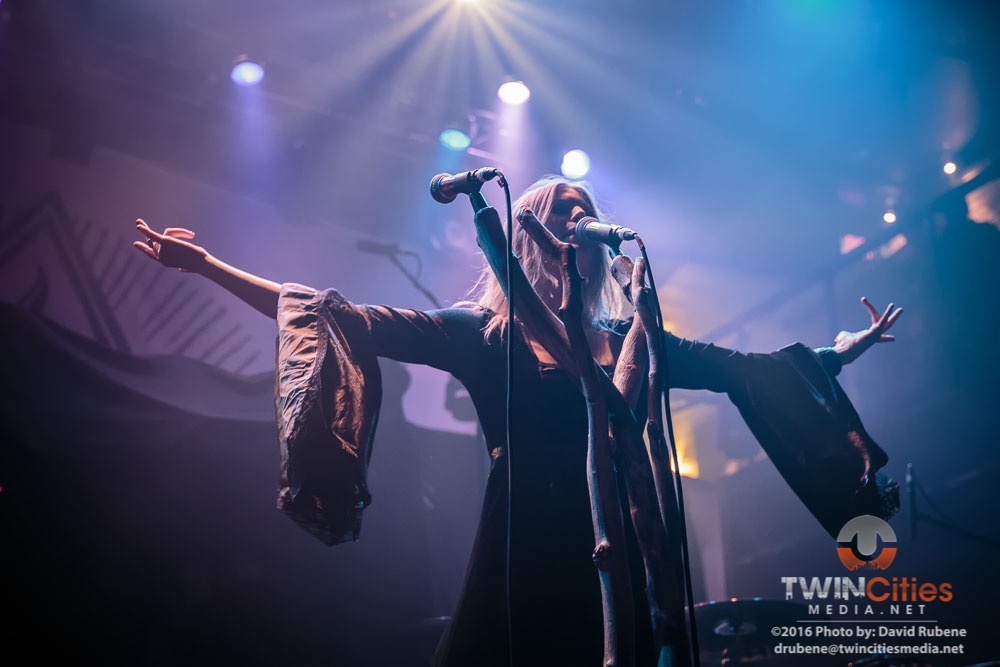 While Myrkur has her share of haters, thankfully that was not on display at the show. In fact, it was overwhelmingly the opposite, with many fans showing their appreciation. Myrkur closed out the set by returning to the keyboard for a solo piano cover of Bathory’s Song To Hall Up High and it sounded fantastic. Myrkur, as far as I’m concerned, is awesome and the performance was more than I expected. Amalie sounded amazing, her accompanying musicians drove the sound in classic form, and the whole performance just left the packed house gazing at the stage in astonishment. Maybe Myrkur’s take on black metal isn’t for everyone, but like I always say, it’s your choice to listen to it or not. She owned her set all the way around, and the crowd was very much in acknowledgement of that.

The doors to First Avenue were surrounded by groups of younger fans scrambling to buy last minute tickets to the show. Those without tickets and those who’d apparently left their ID behind were desperate to […]

Friday night, February 19th, brought people, good times, and good music to Buster’s Sports Bar and Grill.  It had been quite a while since I had visited Buster’s and a night of music with SueCity, […]