Having only covered shows since November for Twin Cities Media you would think it would be easy to list your top five sets of 2018. Not so. Especially when your second-favorite band ever, the Foo Fighters, can’t crack that list. I’ll need to give them an honorable mention along with a few others.

Honorable Mention – Foo Fighters
I’ve seen the Foos at least a half dozen times (first on a free stage at Summerfest) and their show at the Xcel was top notch. But I’ve come to prefer seeing bands in smaller venues over those expensive arena shows. I’d just as soon see our friends, the Fool Fighters, when they play their tribute shows at Mayslacks.

Honorable Mention – Mike Shinoda
How about starting off a family vacation by taking the household of Linkin Park fans straight to the House of Blues after landing in Orlando. Mike Shinoda’s unfiltered grieving on his solo album Post Traumatic were just what he needed. The packed House was asked to sing Chester’s parts on the many Linkin Park songs, and we did. It was a great tribute to Bennington that Linkin Park fans also needed.

Honorable Mention – The Shackletons
There is not a band I saw more often in 2018 than Colin, Cameron, and Evan Campbell. I truly love their originals from their two EPs but also The Replacements and blues covers, and developing songs they mix into their high energy live sets. Catch them headlining at the Entry December 28th or opening for the 4onthefloor at Mortimer’s on January 17th.

5. Larkin Poe at the 7th St. Entry
This one I did not see coming. I was simply blown away by Larkin Poe at their sold out show at the Entry. Rebecca’s sultry voice and stage presence and Megan’s lap steel expertise were the real deal. The Georgia sisters’ blues-rock music is outside of my normal sweet spot but so impressive, especially live. And to learn how intently they have studied and celebrated the history of the blues makes me appreciate them even more. Do you remember going to see a movie with no expectations and later walking out saying that was awesome. For me that movie is Flashdance and that band is Larkin Poe. 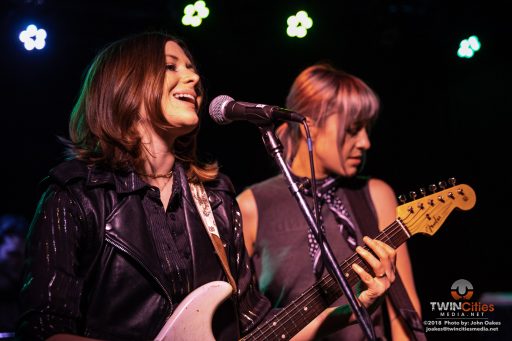 4. cleopatrick at the Amsterdam
They’re coming! From Canada, that is. Our neighbors to the north are developing some exciting new bands including the rock duo cleopatrick. What is so cool about singer/guitarist Luke Gruntz and drummer Ian Fraser is that they’ve been best friends since kindergarten. Remindful of the Highly Suspect and Royal Blood, it’s amazing how much sound two musicians can generate. They are also two of the nicest young stars you will ever meet and went out of their way to spend time with two 11-year old aspiring musicians Eli and James. I was lucky to be there to help document the special night. 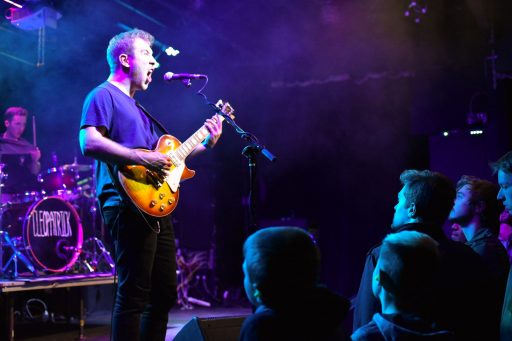 3. Local H at the Amsterdam
No opening act. Instead, three hours of Chicago’s Local H and close to 30 songs from a band that I turn to constantly when I need a good listen. I’m an album listener so I enjoy their many albums from beginning to end. While you may only know them for their big hit “Bound for the Floor,” they are no one hit wonder in my book and are expected to record another sure-quality album after the holidays. Singer/guitarist Scott Lucas is incredible in playing both guitar and bass parts on his special rig and Minneapolis drummer Ryan Harding is a show by himself. The tour celebrated the 20th anniversary of their album Pack Up the Cats. In the first set they played their hit songs and tracks from various albums, mostly as a duo. For the second they donned pajamas to play Pack Up the Cats in its entirety with two supporting musicians helping keep it true to the album. Can you see me smiling? 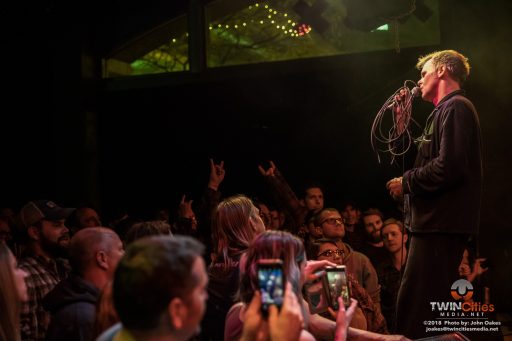 2. Pop Evil at the Stout Ale House
I was lucky enough to see Pop Evil three times in 2018; at Music Hall Mpls in February, Treasure Island opening for Nickelback in July, and one last time at the Stout Ale House in December. There’s always something special about making a road trip to a show. Maybe it’s the additional investment of time and money to travel to that special event that you decided was worthy. For me that was making the 90 minute drive on wintry roads to Menomonie, Wisconsin. Despite being an arena-caliber band (named Billboard’s #8 mainstream rock artist of 2018) they continue to treat fans to small venue shows, especially across the Midwest. Frontman Leigh Kataky is such a class act and incredible singer. And I’ve been impressed by new drummer Hayley Cramer. At this show it was the guitar mastery of Nick Fuelling that stood out as my front rows side-stage post was in front of his isolated amp. Make the drive. It’s worth it. 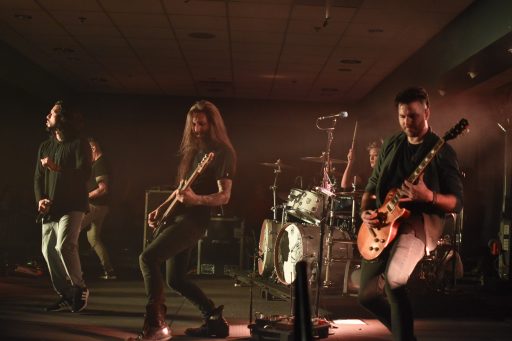 1. Welshly Arms & The Glorious Sons at the 7th St. Entry
I was crushed that I had to miss The Glorious Sons opening for The Struts in May as it was just a few days after having shoulder surgery. Instead, the Ontario band became my constant mate during recovery and long walks. I knew they’d be great in concert as Little Prison City may be the best live album I’ve heard. I jumped on tickets when I saw they’d be back opening for Welshly Arms. After “Sawed Off Shotgun” made 93X’s playlist the show sold out quickly. My investigatory listen to headliner Welshly Arms’ mix of blue-rock-gospel-pop music received a passing grade and soon turned into some of my go-to walking material and now a favorite. The upcoming show gave me something to look forward to.

I’ve never seen the Entry as packed as it was that night. It should be with two quality bands playing a 200-person venue. Brett Emmons had the place singing along and begging for more when The Sons had to wrap up. Fans that bailed after satisfying their appetite for “S.O.S.” missed an equally awesome live performance by frontman Sam Getz and Welshly Arms. It featured something you rarely see at rock shows these days, back-up singers who truly entertained. They were so cool. While my good friend Joe had never heard of either band before the show, he was raving about both of them on the drive home. Having a chance to visit after the show with both Sam and Brett clinched this as number one. Brett told me that a headlining US tour would be upcoming. Now I can’t wait to see The Glorious Sons at the Turf Club on February 27th. Be there or be square. 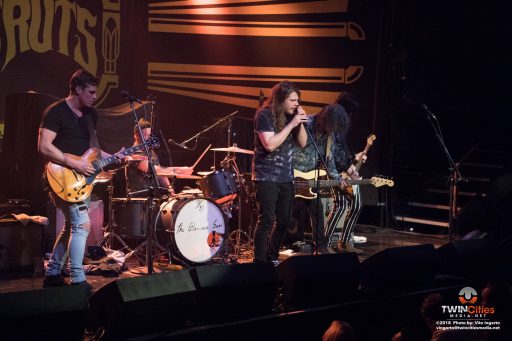 X-Games Minneapolis Come To A Close And We Are Already Counting Down The Days To 2020!

The final day of the X-Games is always bittersweet. It’s always a bit of a bummer that it’s done and your life goes back to normal in just a couple of hours when your alarm […]

Don’t miss your chance to catch the young metal band Alien Weaponry at the 7th Street Entry on May 22nd.  The young trio are currently on the North America 2019 leg of their Tumatauenga Tour.  […]

Robert Cray Completes A Perfect Night At The MN Zoo

Wednesday night was a perfect night for an outdoor concert and the venue was perfect – the Weesner Family Amphitheater. Add Robert Cray and you can’t ask for a better night. This concert was the […]