2018 was a year of ups and downs in nearly every facet of both my life and the world in general. There was madness running rampant in our country, I was changing jobs and trying to figure out what to do with my life… I could go on for days. But this year, I saw some of the best shows I have ever seen.

I’d like to add one runner up, that’s really not in my top 5 because I didn’t see them perform here in Minneapolis and I feel wrong adding them to the list when I had to fly 1,200 miles to see them perform- Say Anything at the Trocadero in Philly. I flew back to my hometown in late January to see my favorite band, Say Anything, perform their three most popular albums in full over a two night span. It was amazing. I laughed, I cried, I lost my voice. And then, I got stuck in Chicago thanks to a snowstorm and took a train back in Minneapolis, humming “Is a Real Boy…” all the way.

Kevin Devine is my go to musician to put on when I want to brag about how good my musical taste is. I distinctly remember accidentally downloading something of his on Limewire (oops…) over a decade ago and taking years to figure out who the heck was singing that song I liked so much. Once I learned that it was, indeed, Kevin Devine singing “Longer that I’m Out Here,” I fell deep into a hole of his entire discography and I haven’t looked back since. This particular performance was opening for the Front Bottoms over the summer, and although it was a small 20 minute set, I’m still reeling from how great it was. 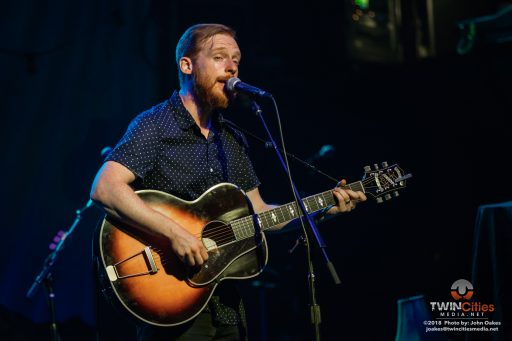 If it weren’t for Doomtree, I would never have really even known Minneapolis existed. I traveled here for the last two “Doomtree Blowouts” and again for the Doomtree Zoo in 2015, which is when I signed the lease for my apartment here. The camaraderie that surrounds the musicians themselves and the fans, too, speaks to me so much. There aren’t many things I like more than heading to a Doomtree show and singing along to everything they play. When they announced the Doomtree Forest in September, I bought tickets immediately and showed up to La Familia ready for the show of the year. I wasn’t disappointed, as each member performed both a solo set *and* in the whole crew set. If you take one thing from my Sets of the Year- see a full-crew Doomtree show whenever you can.

The Decemberists are my common-ground band. If I’m disagreeing with someone about music, bringing up the Decemberists is sort of like waving a white flag- “we can get along, there’s no way you don’t like these guys, they’ve got it all!” So, I gathered up some work friends and made a night out of going all the way into Saint Paul from South Minneapolis. After dinner and some drinks, there was nothing better than seeing one of the bands that brought me into my love for folk music perform live. The giant inflatable whale being passed around the crowd didn’t hurt, either. 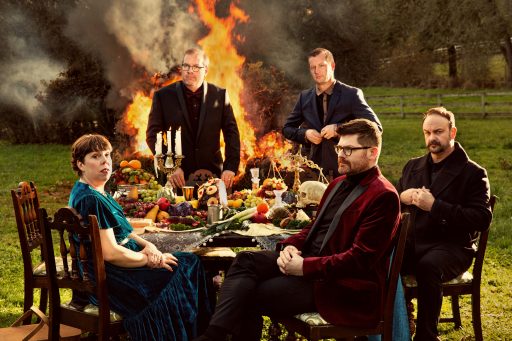 Good Old War is from my hometown. Although they weren’t my first concert ever, I distinctly remember going to one of their shows when I was about 14 and feeling a sense of belonging like I never had before. They harmonize beautifully and can make me laugh and cry all in one two-minute song. I was on the fence about leaving the house the night that they played at the Entry because it was super snowy outside, but I sucked it up and took a Lyft- and I’m so glad I did. They performed their entire encore standing in the middle of the crowd, unplugged, and I felt that same sense of belonging I’ve been chasing for years. 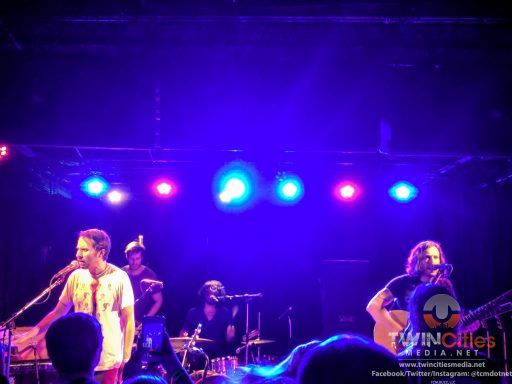 Finally, number one! Gym Class Heroes are a band that I’ve been loving for years. They tick every box of my weird musical tastes…  a little hip-hop here, some pop-punk there, even some acoustic love songs thrown into the mix. I’ve seen Gym Class Heroes quite a few times in the past, always with very different opening acts. But this time, they were the openers… for 311, who I never in my life planned to see. So, not only did Gym Class Heroes make the comeback I’ve been dreaming of for years, they also got me to see a band I had never planned to. Their set was the first of the night, so I was able to weasel my way up to the front without any dirty looks. They played a good mix of hits and deep cuts, and I proudly sang along to each one like I was at home listening to them on Myspace again.

Thanks, 2018, for all the great live music that you brought me.

Minneapolis Welcomes Welcome to Night Vale to the Pantages Theatre

Welcome to Night Vale is one of the most beloved podcasts of Millennials around the world, and it came through Pantages Theatre in Minneapolis last night. Under the premise of a radio news show for […]

I took a week off of shows. I had some family come in from California and then my dad and stepmom made the trek up to north country to visit my brother and I. It […]