Dark Metal wolf pack Moonspell ravaged Mill City Nights with their obscurity, heaviness, electricity and undisputed talent. Having had an impressive career and discography already, many audience members were hoping to hear older material, as well as the expected songs from their latest album, Extinct. Moonspell delivered and there was no disappointment. More than half of their set was comprised of songs from the first two Moonspell albums, Wolfheart and Irreligious, and was highlighted by four tracks from Extinct. The gothic frontman Fernando Ribeiro’s stage attire and deep, ominous voice provided a nice contrast to the other bands hitting the stage that same evening. 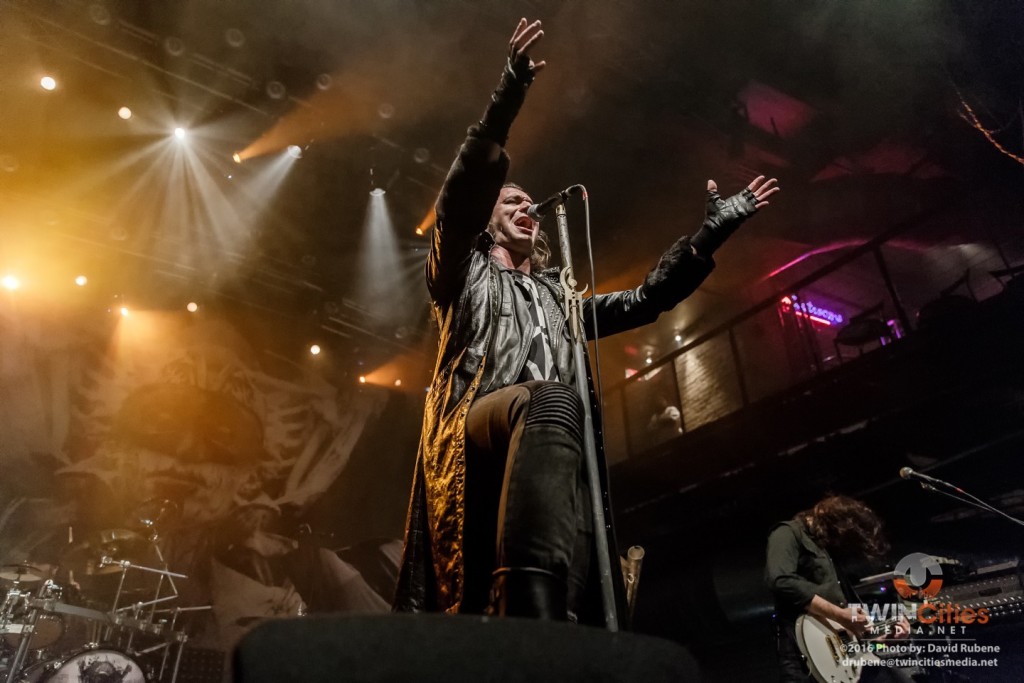 Of course, the rest of the band contributes enormously to the perfection of their music, with highlights to the polished and soulful riffs and solos by guitarist Ricardo Amorim, and to the sinister notes by keyboardist Pedro Paixão. There’s an absolute attention to detail coming from each musician involved, turning the experience of seeing Moonspell live into something unique. It was very entertaining to watch him turn around and conduct some of the instrumental sections with a flourish of hands. Moonspell ended their set with the powerful and dark song ‘Full Moon Madness’, which was extremely fitting as the crowd continued to howl like a hungry pack of wolves.

Check out Moonspell online at:

The date of the long awaited Mankato rock show finally arrived on March 29th!  The first of a series of great rock acts in Mankato’s Verizon Center, (soon to be the Mankato Civic Center), was […]

I’ve said it before and I will say it again– one of my favorite things about going to shows night after night is seeing a band grow. I had the absolute honor of catching Yam […]

There are a lot of ways you can spend a Wednesday night – at the gym, at home with Netflix, out to dinner or on the couch with Postmates. Another way you can spend a […]