The Icehouse in Minneapolis was near capacity on Thursday evening. There was a definite buzz in the air as people ate, drank, and engaged in conversation, though most conversations revolved around the upcoming performance. A little after 9pm, Molly Dean hit the stage with a her CD Release performance. Molly’s new album, A Natural Minor, is a wonderful combination of style and grace, yet feeds the listener in a very eclectic way. 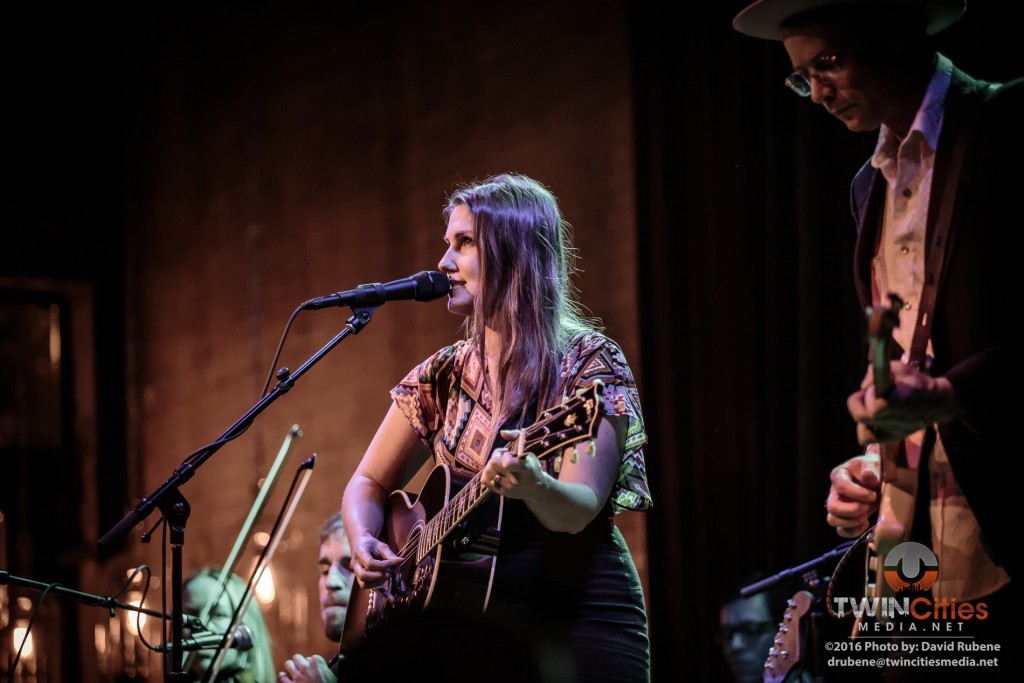 The evening performance was spot on and pulled the audience in from the very first strum of the guitar. The band, including classical strings, were sonically tight and delivered each song with extreme detail. Molly’s lyrics are simply beautiful and fascinating. Songs like Lock & Key and Fire Burned Bright were played with deep accuracy, much to the audiences delight. However, Molly is not just a fascinating lyricist, but is also one who understands how a simple chord change or a well placed conga beat can convey an idea just as easily as a well-written couplet. When she played The Natural Minor, the lyrics would almost come across as disjointed thoughts, but the musical combination of an echo laden guitar tone tied it all together. The tension created ends up bursting into a controlled tantrum of guitars, organ, and strings before she finally wrestles back control. The performance was a purposeful journey of artistic talent which was beautifully performed.

For all the latest info on Molly Dean, be sure to check her out online at:

Ayria, Inertia and The Trapezoids make for a great night of darkness at the Nether Bar

Somehow in my years of covering shows in the Twin Cities I have never descended into the depths of Mill City Nights’ Nether Bar. Yesterday I got a chance to cover Ayria just a few […]

While Sunflower Bean have been around since 2013, there critically acclaimed sophomore album Twentytwo in Blue has catapulted this New York based trio into the stratosphere. Touring like maniacs in support of this release, they […]

Waterboys Storm The Varsity Like a Hurtlin’, Fevered Train

One of my favorite aspects of writing for TCM is that at the end of the year we get to walk down the memory lane of all the shows and pick the top 5.  The […]