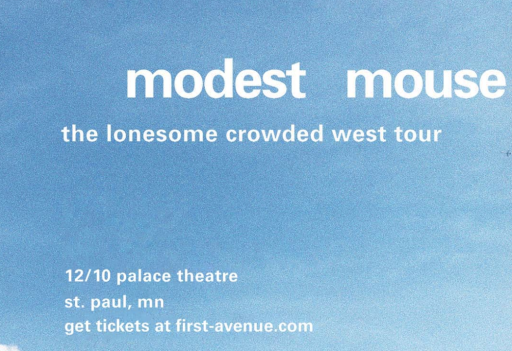 Modest Mouse announced The Lonesome Crowded West Tour, an intimate set of dates celebrating the 25th anniversary of the release of what has been hailed as one of the greatest indie records of all time. They will be stopping by the Palace Theatre on Saturday, December 12. First released on November 18, 1997 on Up Records and produced by Calvin Johnson in Seattle, Modest Mouse plans to tour as they originally had behind the release, going out as a four-piece with original members Isaac Brock and Jeremiah Green joined by Russell Higbee and Simon O’Connor. They will be joined Saturday night by Mattress.

Thursday night, the iconic St. Paul venue – The Turf Club – played host to a slew of great bands, some bands with local ties, others no local ties but somehow felt right at home […]

New Year’s was a blur. I wish I could say that was because of the copious amounts of bubbly I consumed while I was dancing my butt off to Skrillex as he dropped the ball […]

Swedish singer Tove Lo is not your average Scandinavian pop star. Breaking onto the scene in 2014 with her debut album “Queen of the Clouds” her single “Habits (Stay High)” got massive radio play and […]