Two of our favorite local bands are getting together Friday night at the Hook & Ladder Theater. McNasty Brass Band is celebrating the vinyl release of their Album “King Size Life” and bringing along Marah In The Mainsail and Worldwilde Discotheque.

Short notice? Sure, they the guys in McNasty just received their vinyl pressing a few months earlier than expected so rather than having them sit in a warehouse gathering fashionable artisan dust they are throwing a party. We covered their CD release at the Triple Rock and can vouch for their fun live show.

And Marah In The Mainsail are releasing a new single “Black Mamba” on Firday 4/7 to celebrate the launch of their kickstarter campaign for their new album. The band just returned from SXSW and their send off show at the Icehouse was epic fun. 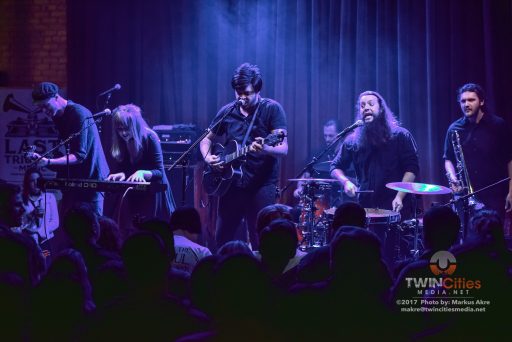 The show will start late with doors at 10 PM. Event details can be found HERE