Magic Giant will make their headliner tour stop in Minneapolis on February 7th when they visit the 7th St Entry. The Los Angeles natives recently released the music video for their current single “Window”.  The song is off of the trio’s debut full-length album, In The Wind, out now with Washington Square Music.

The three-piece band’s debut In The Wind has had success with its first single, “Set on Fire”, amassing over 4 million streams in less than one year. The song even reached #4 on Spotify’s US Viral 50. Additionally, their music has received praise from outlets such as NPR, Paste, Billboard, and Rolling Stone. 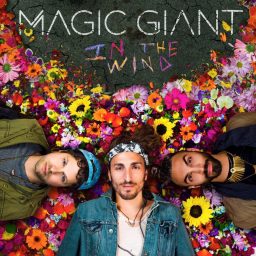 In The Wind, was recorded by Austin Bisnow (lead vocals), Zambricki Li (banjo, violin, harmonica), and Zang (acoustic guitar, cello) in the spring of 2016 using their mobile recording studio built inside of their solar-powered shuttle bus. They recorded anywhere from inside a Redwood tree off the coast of California, to a daisy field near Crested Butte, to an airstrip in Marble, Colorado. The band finally finished recording the album in their home studio, “The Bunker”, in Silver Lake, Los Angeles.

February 17 – Philadelphia, PA – The Foundry at The Fillmore