To celebrate the 30th anniversary of Let Love Rule, Lenny Kravitz is bringing a very special show to Minneapolis on Sunday September 8th. This sold-out show is at 7:30 pm at the Orpheum Theatre. Check HERE for more information and the chance that additional tickets are released. There are verified resale tickets available.

Vibration underscores music, motion, and movement. Lenny Kravitz translates this natural force into art and ultimately a call-to-action. The four-time GRAMMY® Award-winning singer, songwriter, producer, and multi-instrumentalist elevates the union of rock ‘n’ roll, funk, blues, and soul he patented in 1989 once again on his eleventh full-length album, Raise Vibration. Receptive to youthful inspiration, but enlightened by three decades of wisdom, it represents a powerful creative rebirth and a bold, bright, and brilliant body of work befitting of his legacy and boundless spirit.

Given the ambition of this vision, it seems apropos that Kravitz received the music in a series of dreams, following a whirlwind world tour. Joined by longtime collaborator guitarist Craig Ross, who also engineered the album, Kravitz personally produced and performed everything from guitar, bass, drums, and piano to bongos, glockenspiel, Moog, Fender Rhodes, Coral Sitar, Kalimba, and more.

Throughout Raise Vibration, Kravitz remains a true original. Since the arrival of Let Love Rule in 1989, he has sold 40 million albums worldwide and won four consecutive GRAMMY® Awards, setting the record for “most wins ever in the ‘Best Male Rock Vocal Performance’ category.” Fellow icons from Madonna, Aerosmith, Prince, David Bowie, Mick Jagger, and Jay-Z to Drake, Avicii, and Alicia Keys have jumped at the chance to collaborate. An acclaimed actor, his on-screen output includes The Hunger Games franchise, Precious, and Lee Daniels’ The Butler. His creative firm Kravitz Design Inc, touts an impressive portfolio of noteworthy ventures, with a range that includes hotel properties, condominium projects, private residences, and high-end legendary brands like Rolex, Leica and Dom Perignon.

As he raises the bar for music once again, there’s still nobody like Kravitz. He’s on a vibration of his own. He affirms, “My message is one of unity. From Let Love Rule to Raise Vibration, if it motivates and inspires you, beautiful.” 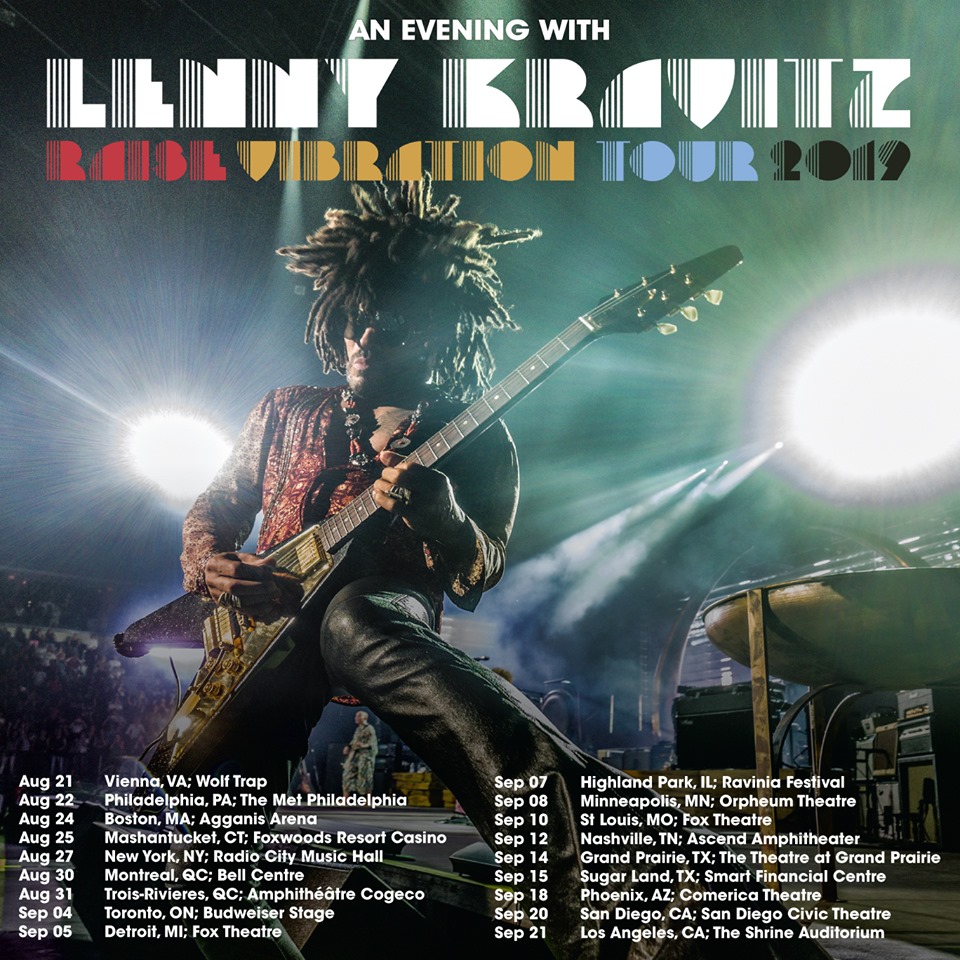 Adam Ant Stands And Delivers At The Pantages

“Prince Charming, Prince Charming. Ridicule is nothing to be scared of” For Adam Ant and his fans those lyrics have defined his career for decades. Coming out of London’s punk rock scene in the late […]

A Lil Pump of This, A Lil Skies of That, and a Whole Lot of Energy at Myth Live!

The line outside the Myth last night was anything but little given the fact that two of the hottest rockstars in hip hop were in the building. Lil Skies is surely capable of packing the […]