Lacuna Coil pulled in a large crowd at Mill City Nights on Wednesday, June 1st on a stellar stop along their Delirium tour. The Italian metal band from Milan was preceded by Painted Wives, 9Electric, and Stitched Up Heart, who gave an over-the-top performance that left concert-goers in a frenzy before Lacuna Coil took the stage.

The chatter and buzz quickly turned to the stage as the band began the evening with the head-banging rhythm of Nothing Stands In Our Way as the assembled devotees cheering loudly and in full throat.  It was impossible to be anywhere in the venue and not be overwhelmed with the power of the band’s sound.  Decked-out entirely in a straitjacket motif, the band continued the hits of Broken Crown Halo by rolling into Die & Rise, thus assuring all present that this would be more a night to not only celebrate new tracks from the recently released album Delirium, but also classics than past albums as well. 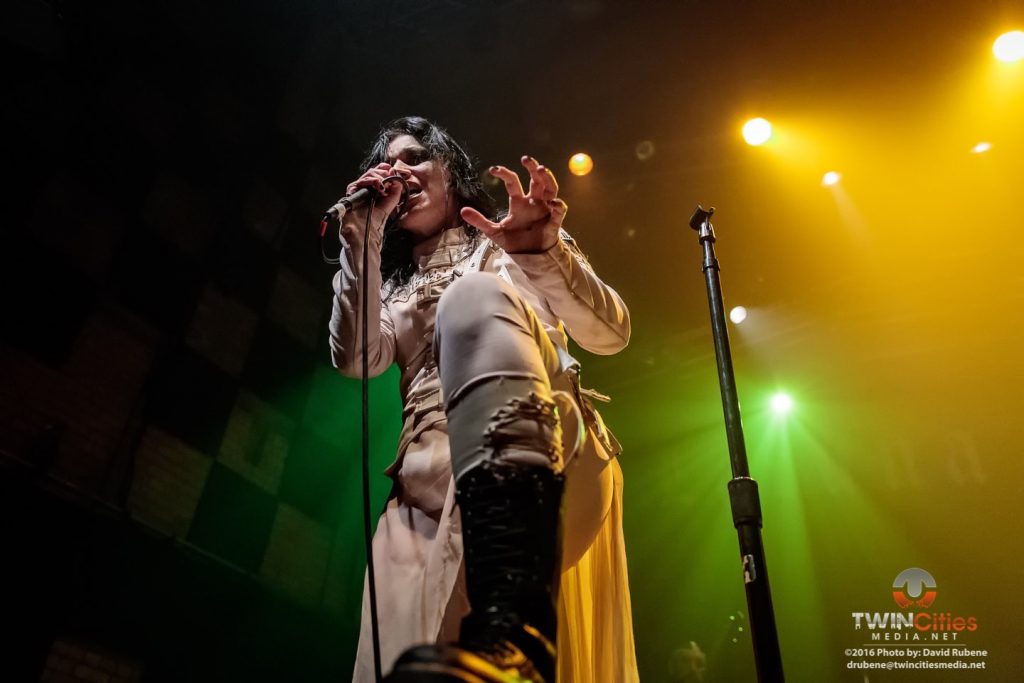 The album Dark Adrenaline, which some critics panned as ‘too pop’ at the time of its release, was vindicated through the band’s recitation of multiple excellent selections over the course of the evening.  Kill The Light possessed the crowd to sing along, Cristina Scabbia smiling through the chorus, further exhorting the crowd to participate. Cybersleep, a beautiful song that sounds more like a James Bond theme song than anything else, thrilled the crowd.  What astonishes me the most is the way Scabbia can sing this piece album-perfect, making the live performance really come to life. 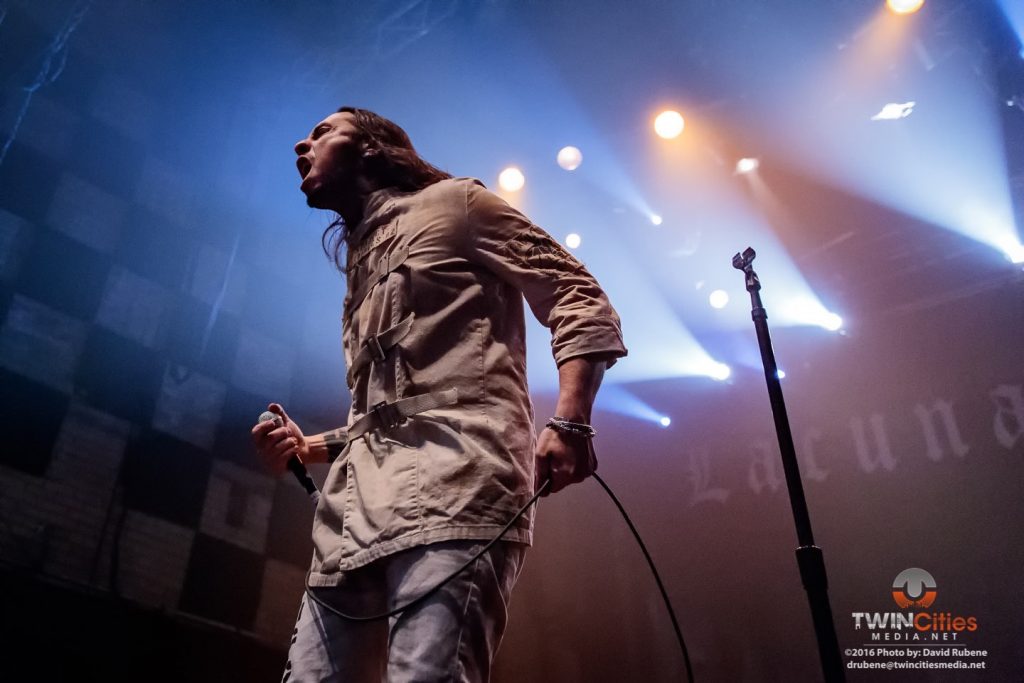 Naturally, there were some awesome songs played from Delirium, in the form of the title track for starters.  The first single, House of Shame changed the mood of the show into a deeper hue, much the way this new record stands as a darker exhibition of the songwriting prowess of Lacuna Coil.  The band was all business for this cut. Even with new members injecting a sense of fresh enthusiasm in pounding out the sinister bass rhythm, Ferro and Scabbia erected the harmonies, bringing the song to life. 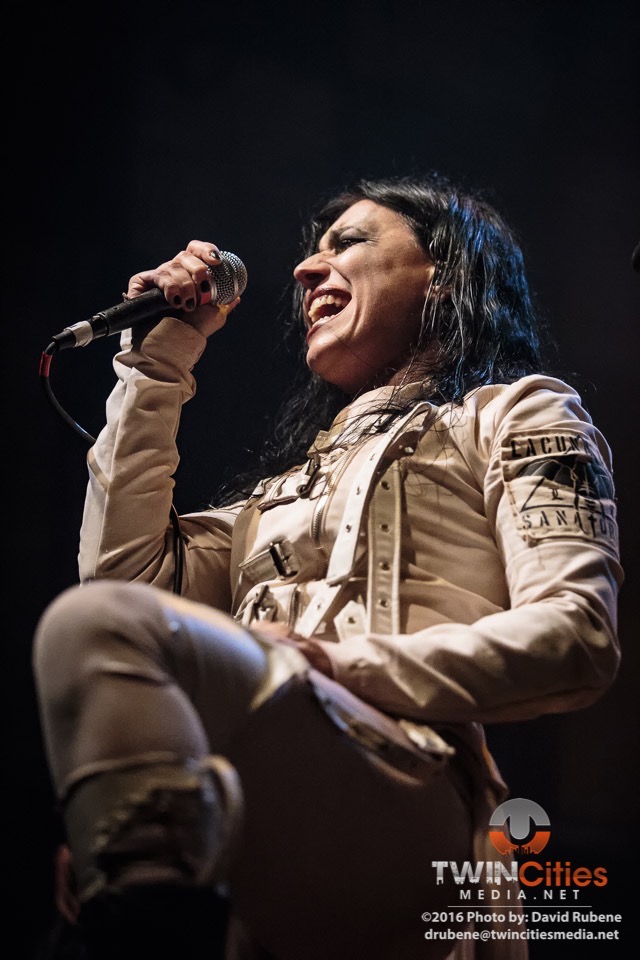 Of course, even as much as this was a celebration of Lacuna Coil in the new decade, there were some throwbacks to the early days more than a decade ago when the band was first becoming known on these shores.  It’s hard to envision a Lacuna Coil show where the band doesn’t indulge the crowd with Heaven’s a Lie, but an energetic run-through of Swamped came as a pleasant surprise.

Close to the end, after playing one crowd favorite after another, the band kicked off the show’s closing act with their cover of Depeche Mode’s Enjoy the Silence, demanding that the audience help them through the chorus.  A three-song encore topped the evening that included  Trip The Darkness, Zombies, and Our Truth. With fans chanting and cheering, the band soaking in their adulation and reciprocating graciousness, the show was sadly over. Until their next return …

Whitney sells out the Triple Rock

Fresh of the release of their debut album “Light Upon the Lake” Chicago’s Whitney played the sold out Triple Rock yesterday. Opening was Bloomington, IN band Hoops. Their first time in Minneapolis their attempts to […]

“Thar be pirates in Minneapolis!” Mill City Nights played host to the  Piratefest 2015. The Dread Crew Of Oddwood kicked off the musical festivities in traditional pirate flair. The groups showmanship and musical talent was […]

POSTPHONED!!!!! OFF! RETURNS TO MINNEAPOLIS

The first leg of the tour is being postponed due complications with Justin’s health. We’ll update as soon as we get a new date. OFF! RETURNS TO MINNEAPOLIS ON 11/18 OFF! are back with a […]