Kid Dakota (or Darren Jackson as his drivers’ license reads) is about to release his new album “Denervation” and will celebrate with a release show at the Icehouse on 2/ 10. He will be joined by Alan Sparhawk  Tickets are still available HERE 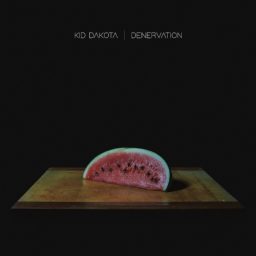 “Denervation” is his first album in 6 years and got started while convalescing in a hospital bed in South Dakota in 2014. What began as a brief summer vacation at his parent’s house in the Black Hills, turned into an extended nine month stay after he fractured his pelvis in a horrific bicycle accident. The blunt force trauma also caused severe nerve damage, which made it questionable whether or not Darren would ever be able to walk again without a brace. Understandably, Darren was in a very dark place. To cope with the crippling depression, Darren started writing the songs that would eventually constitute “Denervation”.

After making some rough recordings, Darren sent the demos to longtime friend and producer John Kuker, whom he had worked with on previous Kid Dakota recordings at Seedy Underbelly in Minneapolis, MN. John immediately recognized the raw potential in the demos and suggested that Darren come and make the album at Pachyderm, the fabled recording studio in Cannon Falls, MN that John had recently purchased and renovated. John also suggested that Darren enlist Matthew Kazama of Birthday Suits to play drums. Darren agreed and got on a plane for Minneapolis in December, 2014. The guitar and drum duo then spent two weeks woodshedding the new material before heading into Pachyderm in January of 2015. After three days of tracking, they had the basics of Denervation in the bag and planned to finish the album at John’s studio in Los Angeles that spring. Tragically, however, John died from a heart attack on February 2nd, and the record came to standstill.