Journey and The Doobie Brothers brought the San Francisco Fest 2016 to the Xcel Energy Center on August 9th. A near capacity crowd squeezed into the area to bare witness the iconic bands. 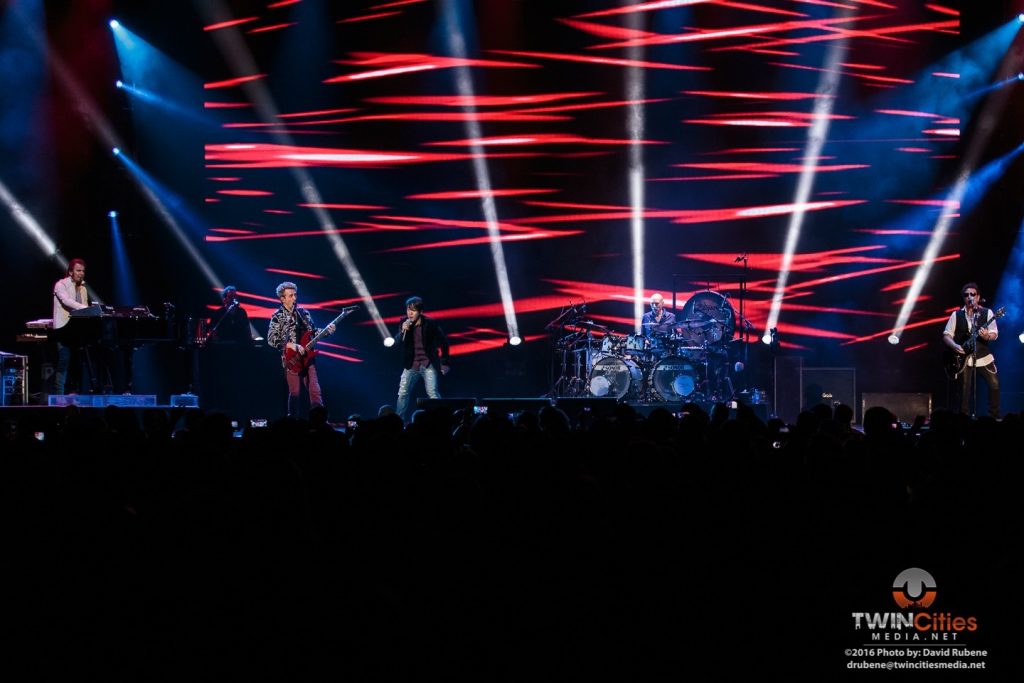 With Dave Mason opening, both bands delivered sets stacked with songs from their deep catalogs. The Doobie Brothers, now touring with Little Feat keyboardist Bill Payne as part of the live lineup, continued their recent trend of making room for deeper cuts — the older songs Eyes of Silver, Spirit and Takin’ It To The Streets all made appearances alongside more obvious choices like Jesus Is Just Alright and Rockin’ Down the Highway.

Journey, meanwhile, has pulled drummer Steve Smith back in the fold. Guitarist Neal Schon and frontman Arnel Pineda lead a more uptempo set for the group, pointing to Smith’s return as a reason for returning to songs like the Departure track Anyway You Want It — which did indeed make an appearance at Xcel, along with the traditional assortment of Journey hits like Open Arms and Don’t Stop Believin’ as well as an interlude tribute to Prince with Schon breaking into Purple Rain during Wheel In The Sky.

Work was unbearable yesterday. My day job seemed to last no less than thirteen hours before I was able to clock out and head home. It took three hours for my water to boil so […]

Nothing says romance more than an average looking middle aged white guy performing songs from a cheesy 80s movie. Don’t believe me? Just ask anyone who took their significant other to First Avenue last night […]